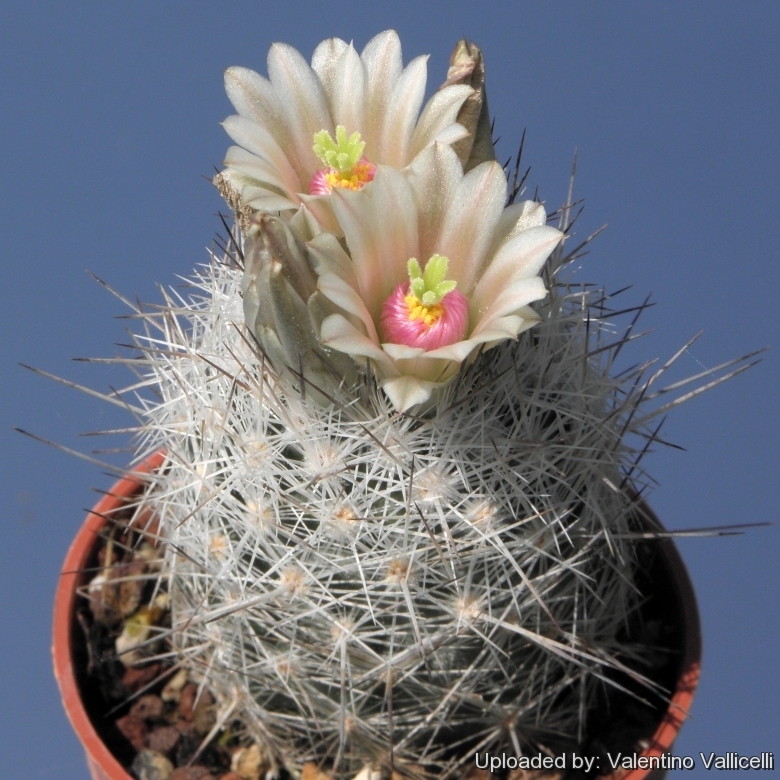 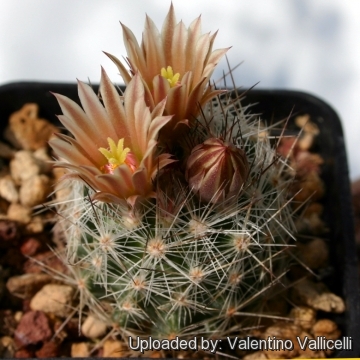 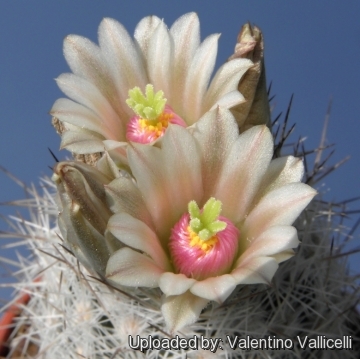 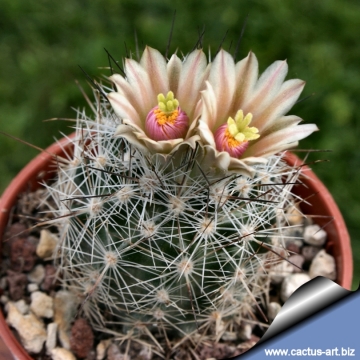 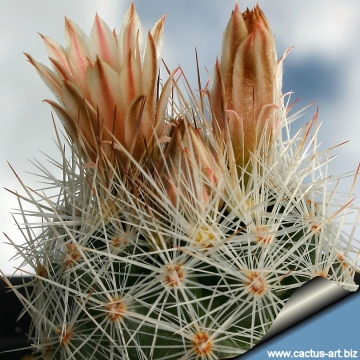 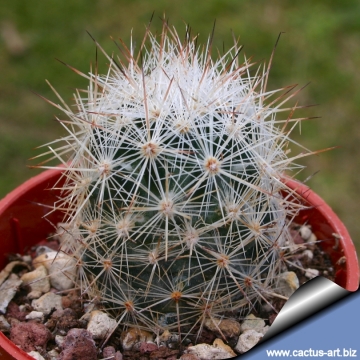 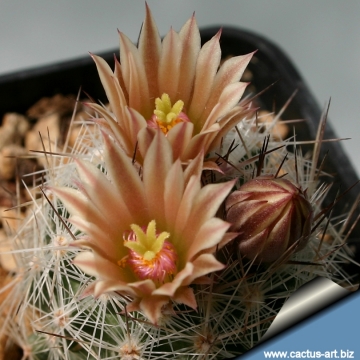 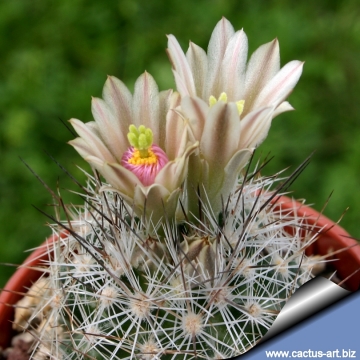 Cultivation and Propagation: Escobaria ducanni is relatively easy to cultivate in a very gritty substrate with much drainage. Water regularly in summer, but do not overwater (very rot prone). It prefers a completely dry place during the winter. It is also quite successful to grows outdoors in the rock garden, even though it does not grow very fast. It spends the winter often covered by snow! The only problem is their tender root system. If they are over-watered they will rot, so they are best grown in a mineral mixture without any humus. Probably they cannot be grown without protection in the coldest climates of northern Europe and Canada, but in an unheated greenhouse they will do fine.
Hardiness: They can survive low temperatures (approx -12 C).
Exposure: Full sun to light shade.
Propagation: Seeds (no dormancy requirement, they germinate best at 25°C) or usually by offsets (readily available), or occasionally grafted.