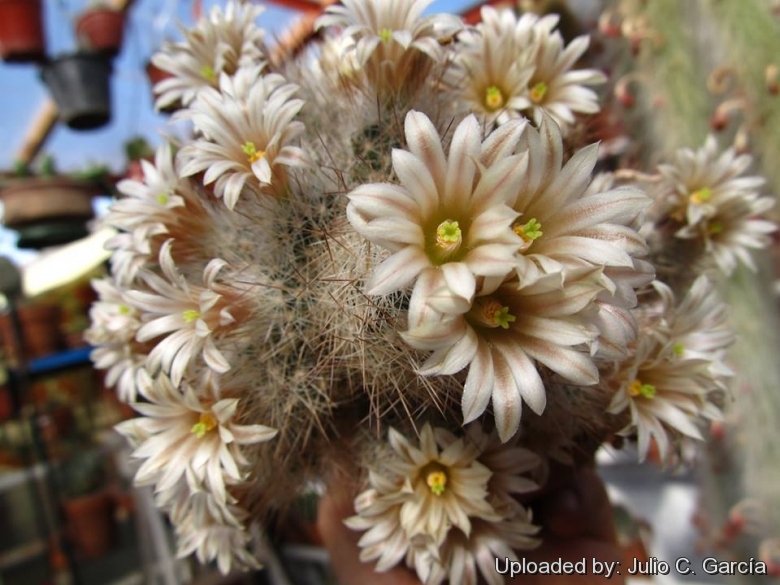 Origin and Habitat: This species is native to, Mexico where it is distributed in the states of Coahuila, Durango and Nuevo León.
Altitude range: (800-)1200-1800 metres above sea level.
Habitat and Ecology: The species probably grows in xerophyllous scrub. Nothing is known about the threats to this species.

Description: The Mexican snowball cactus (Escobaria zilziana) is densely covered, but not concealed by thin white spines, sometimes with pink or brown tips. This small cactus has rather more elongated stems than it's fellow Escobarias, ans usually stays solitary, but occasionally branches basally (especially in cultivation). It is strictly related to Escobaria duncanii.
Stems: Rounded to cylindrical, often with a somewhat cone-shaped top, 6-10 cm high, 2,5-3 cm in diameter. Tubercles to 10 mm (0.4 in) long.
Central spines: absent or sometimes one or more, like the radials.
Radial spines: 16-22, straight, flattened against the stem surface, to 15 mm long.
Flowers: 3 cm long and 2.5 cm across and, like the flowers of many other species in this group, are quite variable in colour, being white, pale yellow, or maybe even olive green, or whitish with a darker pink mid-stripe through the petals.
Fruit: Narrowly club-shaped-cylindric, to 2 cm long, bright pink or red.
Seeds: Black.
Remarks: It is often found in cultivation under several misapplied names comprising Escobaria muehlembaueriana, Escobaria strobiliformis and Escobaria tuberculosa. 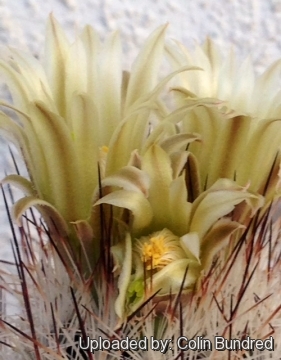 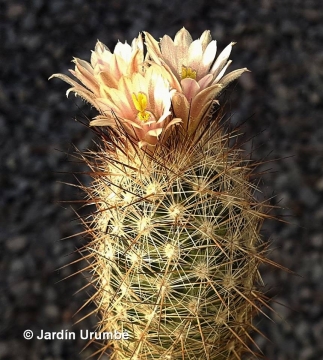 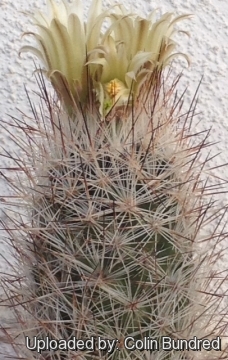 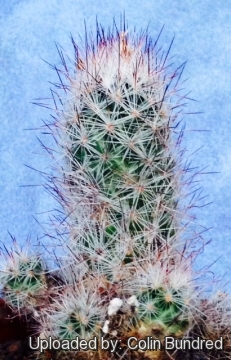 Cultivation and Propagation: Escobaria zilziana is relatively easy to cultivate in a very gritty substrate with much drainage. Water regularly in summer, but do not overwater (very rot prone). It seems to enjoy a cold dry winters rest and flowers regularly in early spring. It is also quite successful to grows outdoors in the rock garden, even though it does not grow very fast. It spends the winter often covered by snow! The only problem is their tender root system. If they are over-watered they will rot, so they are best grown in a mineral mixture without any humus. Probably they cannot be grown without protection in the coldest climates of northern Europe and USA, but in an unheated greenhouse they will do fine.
Hardiness: They can survive low temperatures (approx -12 C).
Exposure: Full sun to light shade.
Propagation: Seeds (no dormancy requirement, they germinate best at 25°C) or usually by offsets (readily available), or occasionally grafted.