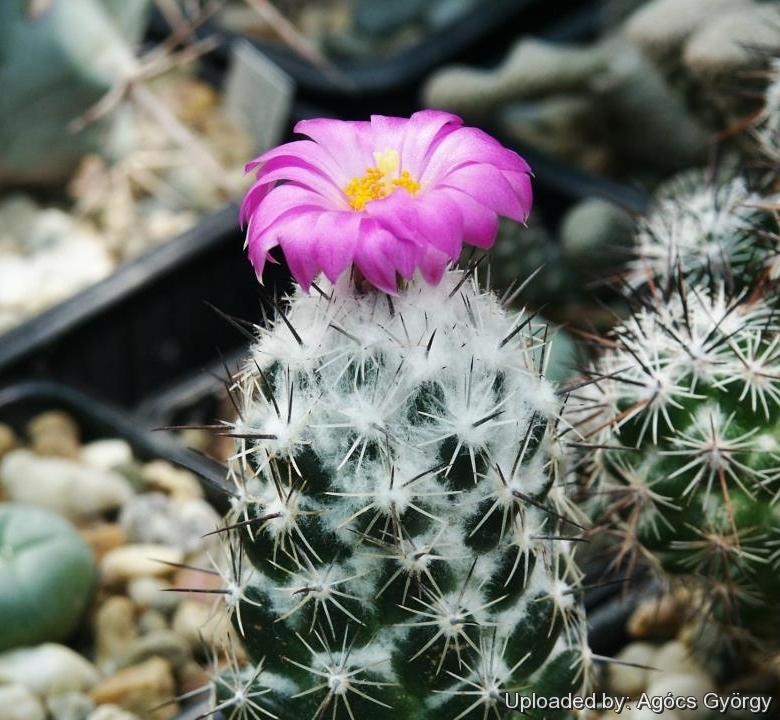 Description: Neolloydia conoidea, a.k.a. “Cone Cactus”, is a small, low growing cactus species, with stem densely covered with white, radial spines and longer, black, central spines. Bears funnel-shaped, purple- violet flowers in late spring. The common name of this plant comes from its resemblance to an unopened pine cone, the small green tubercles that form the surface of the plant do not quite line up into ribs.
Habit: Sometimes simple or loosely sprouting near base to produce 2-3 branches, but sometimes forming large clusters, often branching or budding above.
Stem: Globose to egg-shaped at first, becoming conical or short-cylindrical, yellowish green, dull grey-green or blue-green, 5-24 cm high, 3-6 cm in diameter. The woolliness makes the top of the plant appear white.
Ribs: Poorly developed, almost completely split in tubercles separated by deep valleys which interrupt ribs continuity.
Tubercles: In 5-8 (or 8-13) spiral rows, 3-10 mm long, 6-10 mm broad, 5-9 mm high, well developed, conical, obtuse, but somewhat compressed horizontally by crowded, almost overlapping position, their axils very woolly. Much white wool is formed along these grooves, but this wears off in age.
Areoles: Dimorphic, 3-5 mm in diameter, 8-12 mm apart, circular with white wool when new becoming enlarged with an areolar groove extending upward and inward to axil of tubercle, broadening into larger felted area from which flower comes. After blooming, original circular part remains as spine-bearing portion, usually losing wool.
Spines: Very numerous, which stand out conspicuously from the green of the stems, but often completely covering the plant.
Radial spines: Usually 15-16 or more, even, widely radiating and lying flat on the stem, rigid, straight, white, or whitish with a dark tip, fading to grey, 5 to 10 mm long.
Central spines: Usually one, but sometime up to 4 or absent, projecting outward, straight, rigid, stouter and longer than the radials, up to 3 cm long, light brown to black when young, fading to grey, the lowest one is longest and heaviest.
Flowers: Diurnal, broadly funnelform, arising from the base of the areolar groove of young tubercles, bright magenta, violet or violet-pink, 2-3 cm long, 4-6 cm in diameter, opening rather widely. Pericarpels naked of scales but occasionally have 1-2 small, rounded, white-edged scales. Outer perianth-segments dull purple, lighter toward the margins. Inner perianth-segments rich purple or pinkish-violet, lanceolate, with pointed tips and entire edges. Anthers bright orange, filaments pale yellow, purplish at base. Style and stigma-lobes white or pale yellow, the latter 5 or 6.
Blooming season: Spring to early summer, (peak from April to June)
Fruit: Compressed-globose, 4-5 mm in diameter, naked, but sometimes having 1-2 tiny scales, green becoming dull yellow or greenish brown, mottled with red, fleshy at first but becoming dry and papery, then brown, indehiscent.
Seeds: Black, pear shaped, tuberculate, 1-1,5 mm broad, with a large basal hilum with an uneven lip over part of the hilum.

Notes: Neolloydia conoidea as a species is most closely related to two other varieties of Neolloydia of more limited range that are restricted to northeastern Mexico: Neolloydia matehualensis Backeb., which occurs in Nuevo Leon and San Luis Potosi, Mexico and Neolloydia gautii L. D. Benson, described as a rare species in Hardin County of East Texas, is based on a cultivated plant of a common Mexican species. 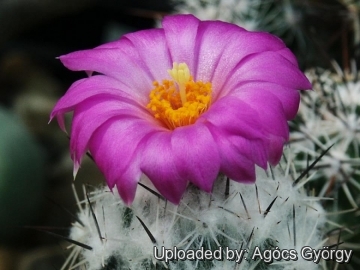 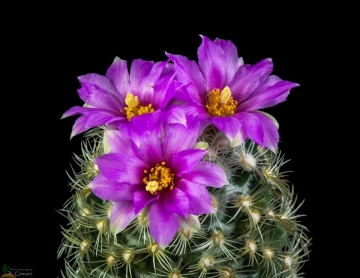 Cultivation and Propagation: Neolloydia conoidea is fairly easy to grow, not as badly affected by moisture as most other members of group. It makes great potted specimens.
Soil: Use a mineral well permeable soil with little organic matter (peat, humus). It grows in limestone areas of Texas (Big Bend area) and adjacent areas of Mexico, so will probably benefit from extra calcium in its soil.
Growth rate: It grows well, though slowly, but it possible to increase the speed of growth to some extent by providing adequate amount of water, warmth, and a liquid fertilizer diluted half strength during the active growing season, but it’s susceptible to rotting if too wet. Most plants will offset readily, and clumps can be produced in a few years.
Soil: It needs a very porous, slightly acidic potting medium (add pumice, vulcanite, and perlite). Outdoors it does well on poor, rocky soils.
Exposure: It likes a sunny position also blasting sun in summer. If grown indoor provide 4 to 6 hours, or more, direct morning or afternoon sun.
Watering: It should be watered regularly in Summer allowing to dry before watering again and kept drier in Winter. It is very drought-tolerant.
Hardiness: It can be grown outdoors in frost-free climates, needs anyway to kept above 5 °C and dry in winter. But it can tolerate temperatures down to -5° C (or even less) for very short periods if very dry and ventilated. During winter month, put them in a cool luminous place and encourage them to enter winter dormancy by withholding water and fertiliser over the winter as they will etiolate, or become thin, due to lower levels of light.
Maintenance: Repot every two years. Needs lots and lots of space to grow, use large shallow container or bowl filled with very porous compost. It like pots with generous drain holes.
Pest & diseases: They are susceptible to fungal diseases if overwatered, but are not nearly as sensitive as many other cacti, especially in warm weather. If kept damp through cold periods, they will invariably suffer.
Propagation: Seeds or cuttings. The seeds may be germinated and grown in containers. Their main requirements consist of high humidity levels, free-draining soil mix, and enough water, light, and nutrition.