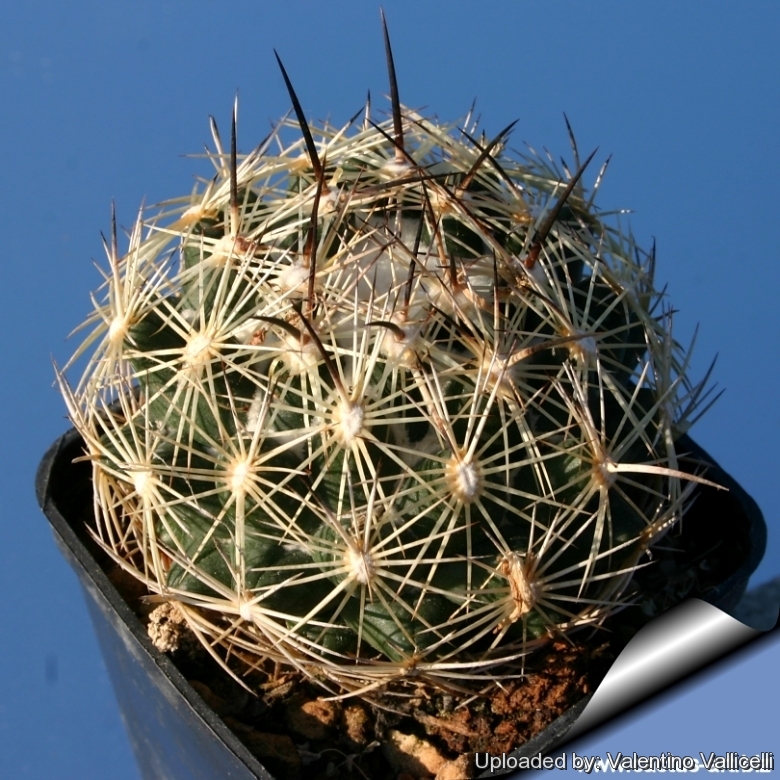 Notes: There is a long nomenclatural debate around this controversial species. The early description of Mammillaria salm-dyckiana by Scheer ( In: Salm-Diyck, Cact. Hort. Dyck. 1849:134, 1850) depicted a different plant with very large tubercles and only 8-10 radials and only one central spine, but this description correspond to the description of Coryphantha poselgeriana Dietrich 1851, the later combination Coryphantha salm-dickiana by Britton & Rose (In: Cactaceae: 4: 28, 1923) correspond to a plant with small tubercles, 15 radial spines, 1-4 central spines and correspond to the description of Coryphntha delaetiana (Quell 1908) Berger 1929.
Since the name name of Coryphantha salm-dyckiana has continuously used in its incorrect sense its name has been rejected by the committee for spermatophytes in 2000.

Cultivation and Propagation: Small growing and easy to to care in normal cactus compost and very willing to flower, Because of it’s small size makes a great potted plant specimen, great for beginning collectors, water sparingly and allow to dry between watering, needs good drainage. Watering should be curtailed during the winter months. Full sun but is tolerant and prefers light shade during the hot Summer months. And provide very good ventilation. Frost Tolerance: Hardy to - 5°C if kept dry.
Propagation: Seeds (usually) or by the shoots of adult plants (if available).