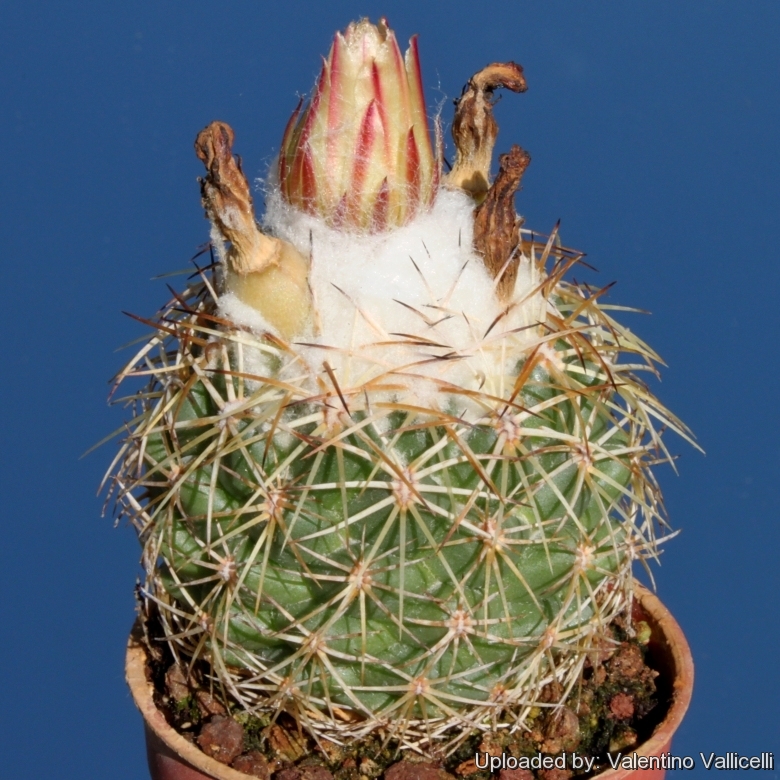 Origin and Habitat: Large area of Mexico (Chihuahua, Durango and Coahuila to Nuevo León)
Habitat: It is a fairly widespread species locally very abundant with plants growing in clusters comprising hundreds of plants. Grows on alluvial soils in plains.

Description: Coryphantha delaetiana is a strongly spined globular cactus either solitary or in clusters (depending on the clone). This species has a wide range and shows a great variability
Stem: Nearly globular to short cylindrical, or sometimes club-shaped, light green, strongly spiny at the top, 6-8 cm in diameter and 6 to 15 cm high.
Tubercles: Rather short, rhomboid, to 10 mm long closely set.
Central spines: 1 to 4, reddish to almost black, the lowest central stronger than others but sometimes absent, 2 to 2,9 cm long, straight, extended forward or slightly curved downward, the 3 upper ones often wanting directing upward and those near top of plant converging and touching but not fused.
Radial spines: Greyish or whitish, 7 to 15(-20), spreading, slender, 10 to 15(-20) mm long.
Blooming habit: Flowers large pale yellow, 4 cm long. Outer perianth-segments greenish or slightly tinged with red, the inner light yellow. Filaments green-yellow. Stigma-lobes about 7. 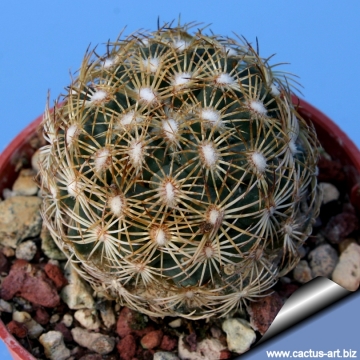 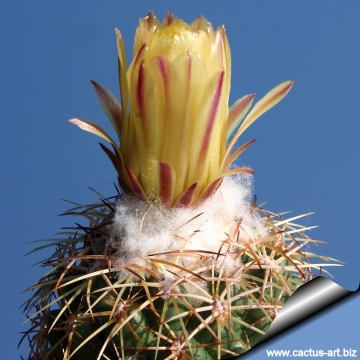 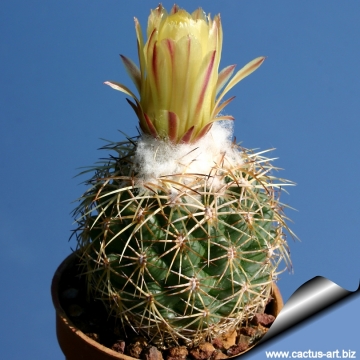 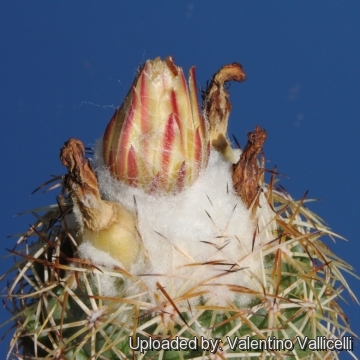