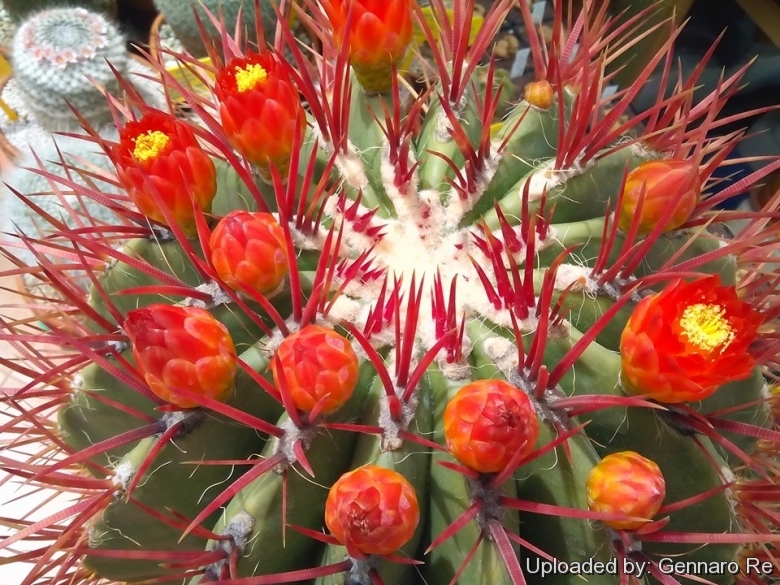 Ferocactus pringlei Photo by: Gennaro Re
This is one of the controversial geographical forms of the variable Ferocactus pilosus with thick red spines and usually without or with very few white bristles. 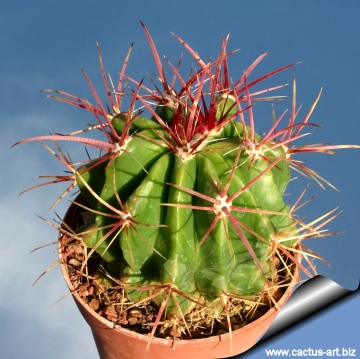 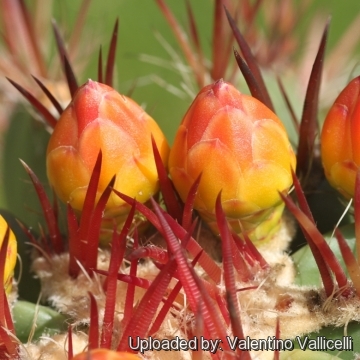 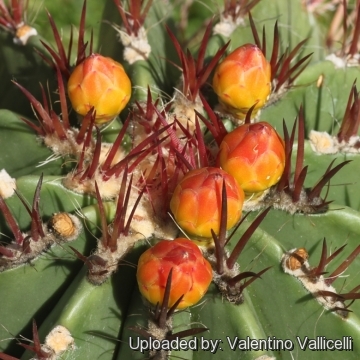 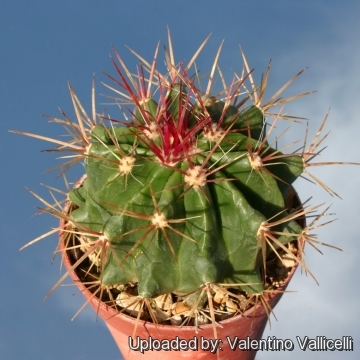 - This is one of the most impressive species in this genus. The spines are so thick and are such a vibrant red that large, mature specimens seen in the wild appear totally red. Photo by: Valentino Vallicelli