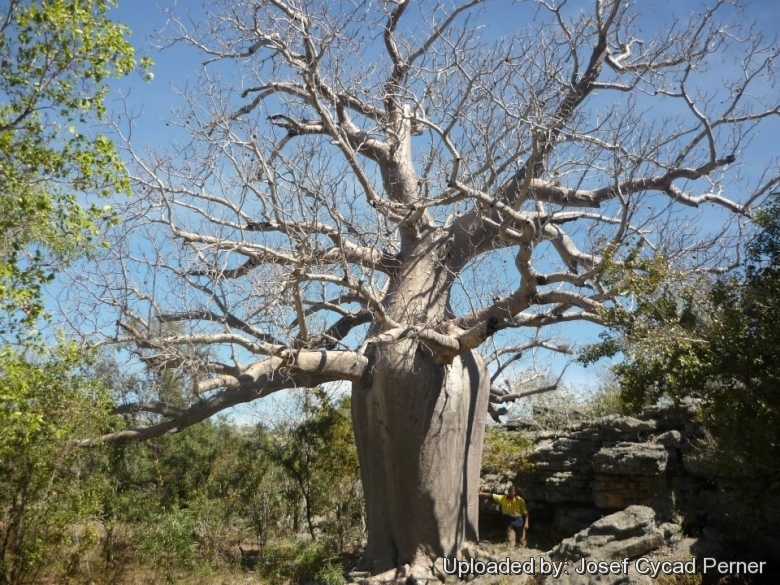 Origin and Habitat: Australia. Adansonia gregorii is indigenous only to the Kimberley and the Victoria River basin at the western edge of the Northern Territory, which is its eastern boundary. Its western limit, Baum writes, 'is roughly at the boundary between the shires of Broome and Derby, 100 kilometres east of Broome'.
Altitudinal range: Near sea level to 400 m.
Habitat: Adansonia gregorii occurs on a wide-range of soils comprising light textured soils derived from sand-stone and basalt, but also on rocky outcrops and on limestone hills. It grows in open woodlands where individual trees are usually spaced widely apart. Occasionally small thickets of A. gregorii occur and these are usually the result of regeneration from one or more parent trees. In addition, it is occasionally distributed along creek lines. Climate: Hottest/ coldest months: 35-39°C/13-18°C. Frost incidence: low. Rainfall: 500-1500 mm per year, mainly in summer, however, it can tolerate a fairly wide range of conditions, provided it has good drainage and is not subject to hard frost. Adansonia gregorii are often subject to periodical fires. They survive to fire and establish new canopy from preexisting meristems. The baobab are more fire tolerant than understory species. Fire opens understory, promotes seedling establishment, and enhances the subsurface water supply, reducing competition for water. The pollinators are most likely to be moth species of the Sphingidae family. 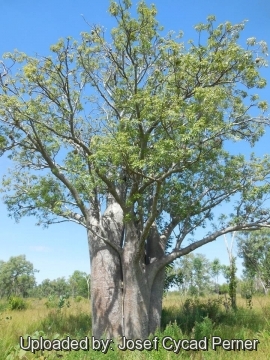 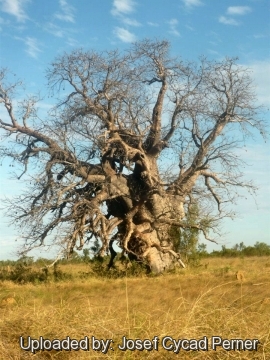 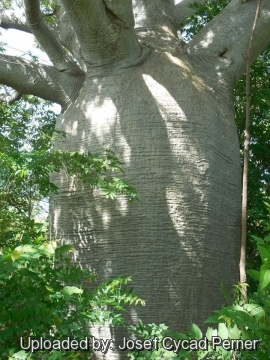 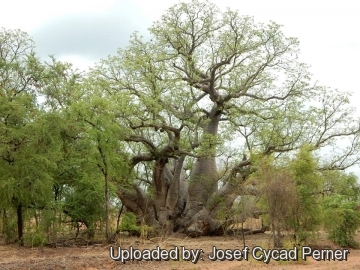 - Majestic ancient Baobab /Boab trees in the East Kimberley Region of Western Australia. 12. This massive Boab tree has a diameter of over 10 meters of where it is grown into the ground and a circumference of over 30 meters at that point also. This is among the largest Boab trees that I have seen. (Adansonia gregorii) Photo by: Josef Cycad Perner 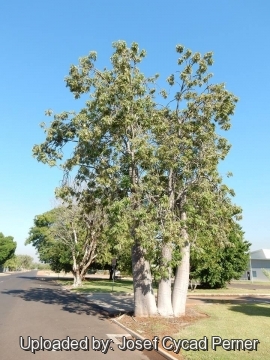 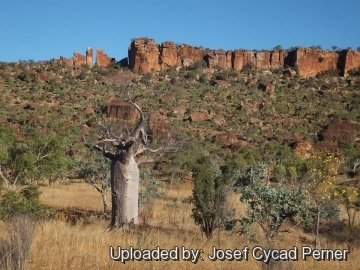 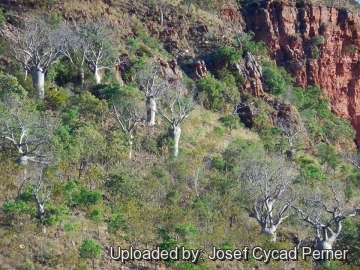 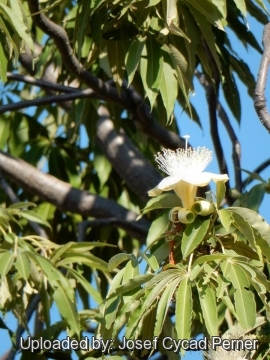 Cultivation and Propagation: Adansonia gregorii are quite easily grown from seed although they are seldom available in nurseries. Grow in good light, don't over-water and provide a minimum winter temperature of 5-13° C as they cannot tolerate frost. Despite its adaptations to dry climates, baobab will thrive in rainy climates provided it has a well drained soil provided they are frost free and don't experience cold winters. Saplings can be effectively grown in containers for many years before becoming too large and requiring to be planted into the ground. In this manner one can move them out of the cold into a warm position in a glasshouse or indoors behind a sunny window to prevent frost damage. It can be also trained as a bonsai tree.
Watering: Baobab is very drought tolerant, and needs no water at all during the winter.
Uses: The plant has a wide variety of uses; most parts are edible and it is the source of a number of materials. Aboriginal people obtain water trapped in deep hollows inside large trees, or by chewing the roots. A white powder which fills the seed pods and surrounds the seeds can be made into a kind of bread or used to make a drink, or eaten dry. Decorative paintings or carvings were sometimes made on the outer surface of the fruit. The leaves were used medicinally.
Reproduction: The seeds should be soaked in a container of hot water and allowed to cool, they may then be sown after soaking for 24 hrs. To break dormancy, the seeds require a high moisture content between 80% and 90% field capacity. Sow in trays, pots, etc o in a well-drained seedling mixture containing one-third sand in a propagator or warm place with a minimum of 25°C to a soil depth of 5cm. The optimum temperature required is 27°C, with 30°C for maximum germination and plant growth. Seeds are best sown in spring and summer . Germination may take from two to six weeks. Baobabs grow reasonably quickly when they are young. It also can be started from cuttings.