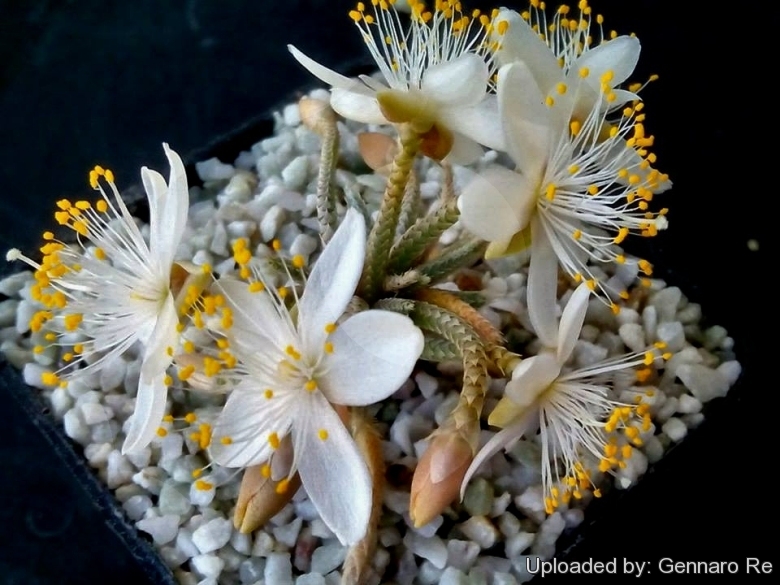 Origin and Habitat: It is rather widespread in northern Namaqualand, Cape Province, South Africa.
Habitat: It grows usually in dense and localized colonies on flat surfaces or in the hollowed rocks, sometimes on quartz fields.

Description: Avonia alstonii is a dwarf perennial caudiciform plant with a large, turnip-shaped rootstock buried to its rim, surmounted with myriads of silvery white stems, flush with the ground. The flowers are delicately shaded with pale pink and the largest of the Avonia section. It is considered the showiest of all avonias.
Caudex (rootstock): Turnip-shaped with a spherical crown, above ground (often pulled down into the ground in time of drought), flattened above, 2 to 8 cm in diameter, given some decades. However some exceptional plants found in nature exceed 15 cm in diameter and could be several centuries years old.
Branches: Very numerous radiating from rootstock, up to 2 mm thick and 2-3 cm long.
Stipules: Silver-white, papery, triangular, acute, not hairy within at the base
Leaves: Reduced to a smooth ball each subtended and concealed by a stipule, but in 5 rows on the stem.
Flowers: Usually white or in shades of pink, solitary, about 3 cm in diameter. Stamens to 60. It's self-fertile, and it can only be reproduced by seeds.
Fruit: Capsule to 7 mm.
Seeds: Very fine-grained light brown seeds. 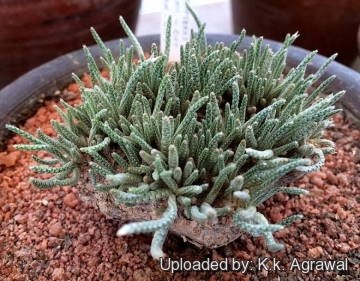 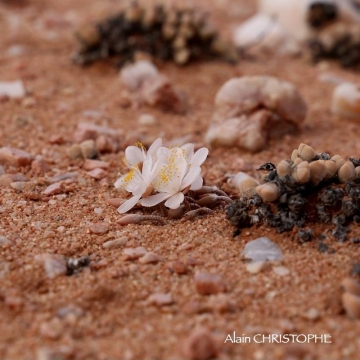 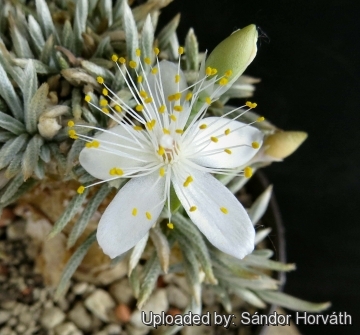 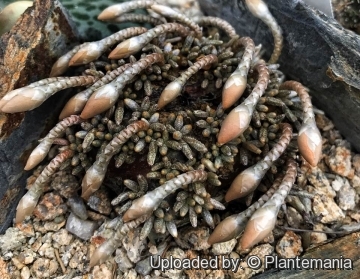 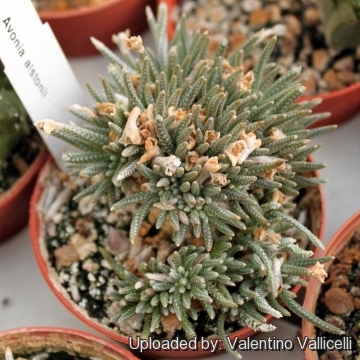 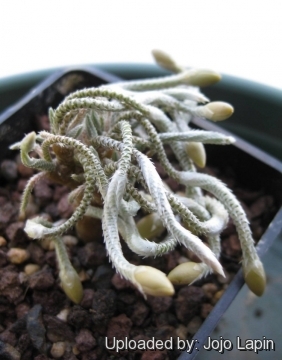 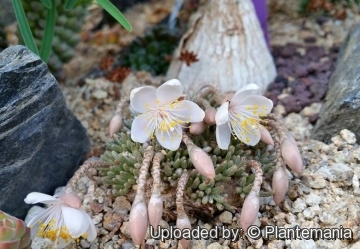 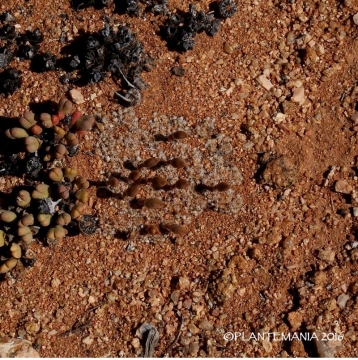