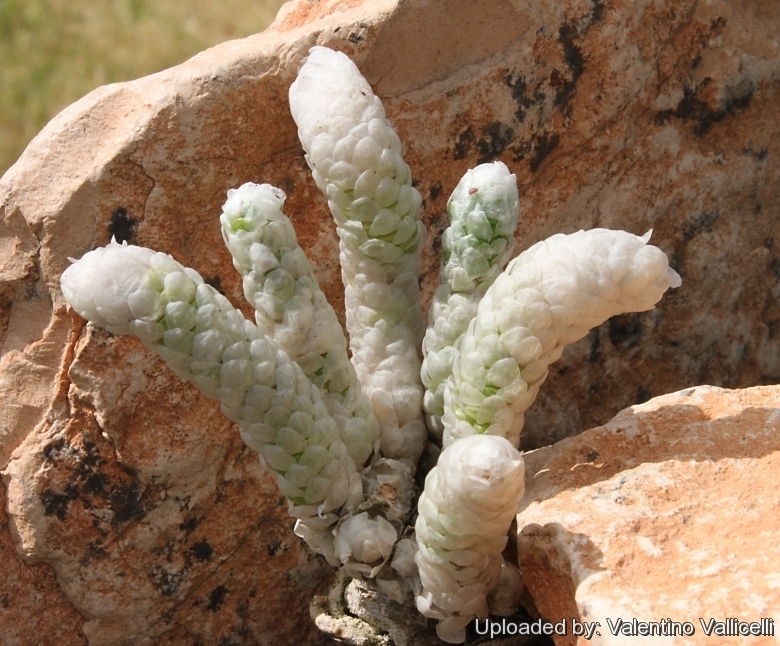 Origin and Habitat: From southern Namibia and Great Namaland through the Northern Cape Province of the Republic of South Africa

Description: This species is the most common, largest and stoutest of the Avonia group (the paper scale covered Anacampseros). These unusual, plants have relatively large diameter stems (5-10 mm) compared with other members of the genus and develop a mass of miniature branching erect or creeping stems. Maximum size 5-10(-15) cm long.
Roots: When grown from seed, produces branches from the top of tuber-like roots pulled down into the ground.
Leaves: It has minute green leaves which are each protected and hidden by very closely imbricated and pure white, papery stipule, a characteristic of the Avonia genus. This bright white scales certainly reflect a large fraction of the visible solar radiation contributing to protect the plants from the blazing sun of their bare habitat.
Flowers: The flowers are very small whitish-green and solitary, they last less than an hour, and are so unobtrusively that it is very difficult to recognized them as flower.

Subspecies, varieties, forms and cultivars of plants belonging to the Avonia papyracea group

Notes: Gerbaulet (1992) places Anacampseros variabilis into synonomy with Anacampseros papyracea subsp. namaensis on the grounds of a seed difference with no other morphological dissimilarities. Williamson in Aloe 35(1), 1998 reinstates Anacampseros variabilis, and gives it the new combination Avonia variabilis (Poelln.) Williamson: this species occurs only in the lower Gariep valley on both sides of the Orange River, the nearest specimens of Avonia papyracea subsp. namaensis lie separately at least 15 km distant. A. variabilis has a very large tuber, with erect to suberect short pointed stems, not blunt-ended, and the flowers are yellow to pale yellow. 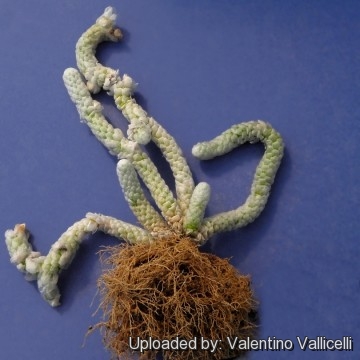 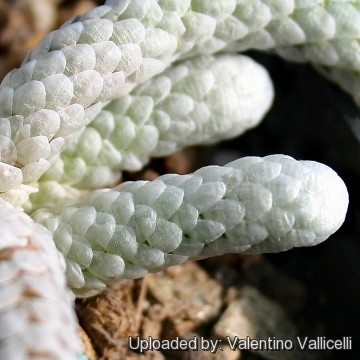 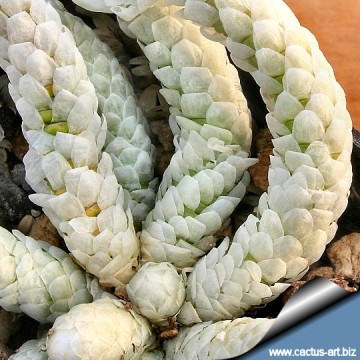 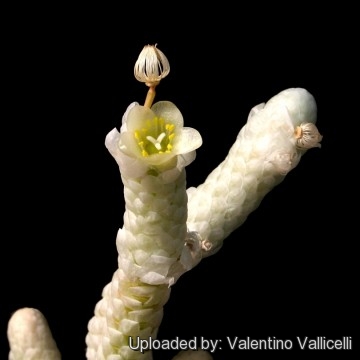 - DT4504 Kinderle The flower lasts less than an hour. It has minute green leaves which are each protected and hidden by the white, papery stipule, a characteristic of the Avonia genus. Photo by: Valentino Vallicelli 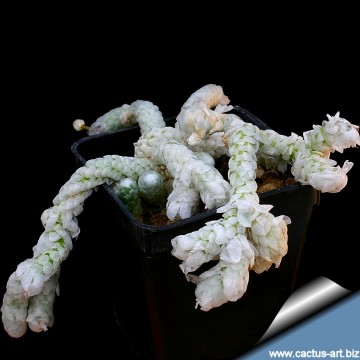 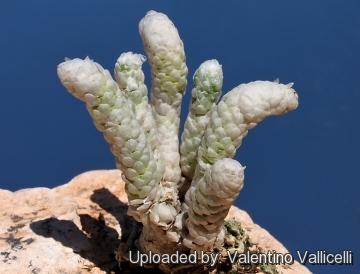 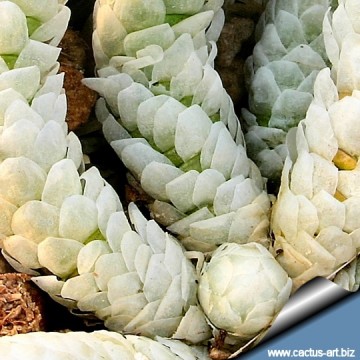 Scales protect it from the sun, and from predators (in fact the plant mimics bird droppings as a camouflage strategy. Photo by: Cactus Art
Send a photo of this plant.

Cultivation and Propagation: Although regarded as a choice and difficult plant, in cultivation it is relatively easy. Plants grow very slowly and requires careful cultivation. Clustering in cultivation, if grown correctly, it will reward the grower with generous displays of tiny flowers.
Potting medium: Since roots are quite shallow, use a cactus mix or add extra perlite or pumice to regular soil potting soil. A gritty, very free-draining compost is suitable, and clay pots help the plants to dry out between watering. For best results, use a shallow pot, and only use the smallest diameter pot that will accommodate the plant.
Watering Needs: Water normally in the growing season from March to October, keep dry in winter.
Fertilization: Feed with a high potassium liquid fertilizer in summer.
Hardiness: It is quite frost resistant if kept dry, hardy as low as -5° C. Recommended Temperature Zone: USDA 10-12.
Sun Exposure: Light shade to full sun. High levels of light are needed to flower and for good plant development.
Uses: It is an edible plant which was traditionally used to induce the fermentation of homebrewed beer!
Reproduction: Seed that germinate at 15-21 °C.