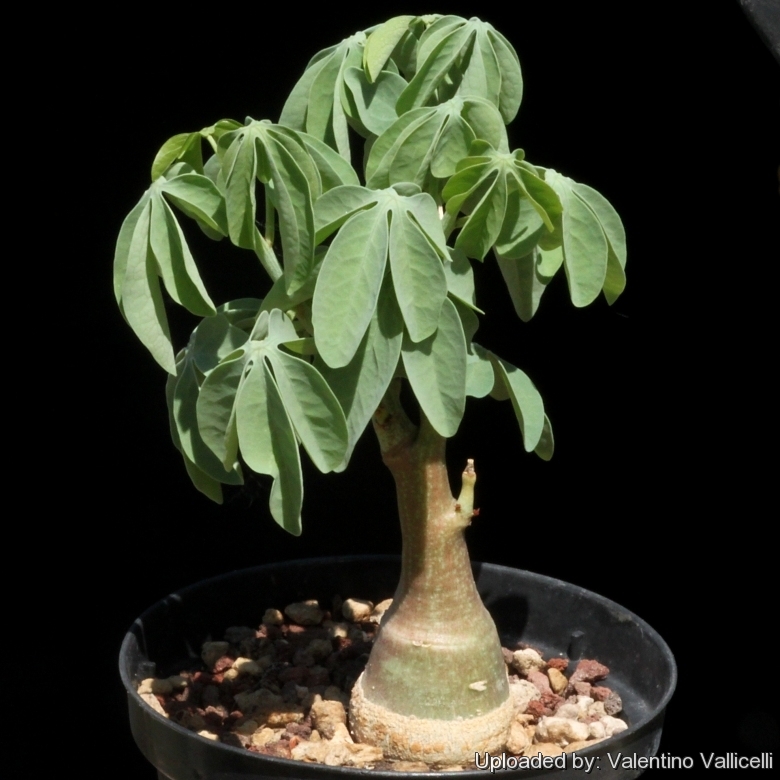 Origin and Habitat: South Africa, Transvaal.
Ecology: It occurs in rocky terrain or on the northern slopes. Its thickened basal stem is sometimes partially wedged between rocks, the rest being prominently situated on top of the rock. The thick waxy stem similar to that of the elephant foot tree {Nolina recurvata) found in the American South-west allows the plants to store water during rainfall for use later.

Description: It is a tall deciduous woody climber or scrambler from a large pachyform base, hairless throughout. There are male and female plants.
Caudex: large, fleshy, smooth-skinned melon-shaped to irregularly spherical, dark green that can attain upwards of 60cm in diameter, and also grows with much of its upper portion proud of the soil. From attenuations of the main stem or from a flat surface grow narrow cylindrical trunks bearing contorted grey, vining branches.
Leaves: Petiolate, pale grey-green to glaucous green varying deeply lobed (digitately compound); the lobes being usually shallowly rounded, margins slightly. They are larger near the base of the stem and smaller near the tips.
Flowers: The cream flowers are inconspicuous, and male and female are borne on different plants (Adenia is dioecious)
Blooming season: Early spring. 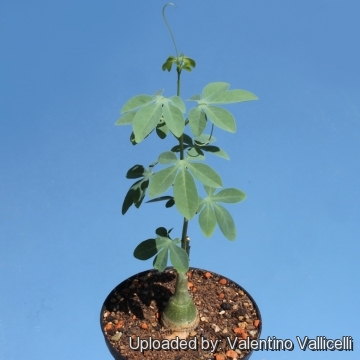 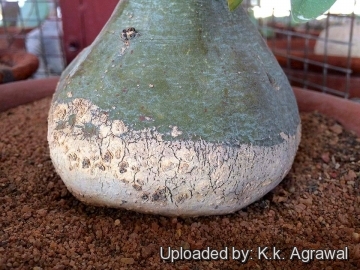 If it's belly is developing vertical cracks then take it for sure that it is increasing its size just as a pragnant animal. Photo by: K.k. Agrawal 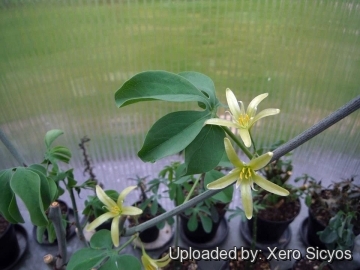 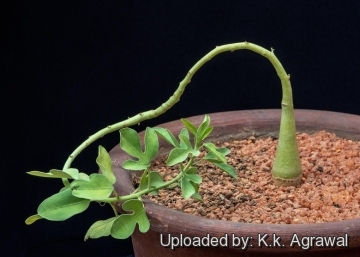 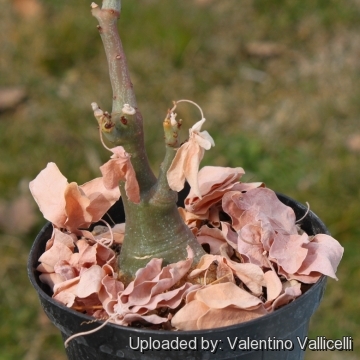 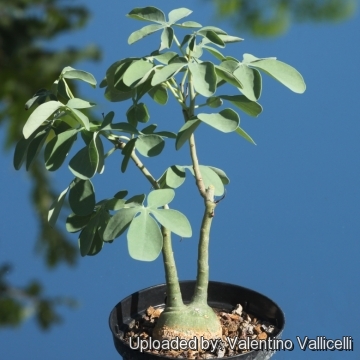 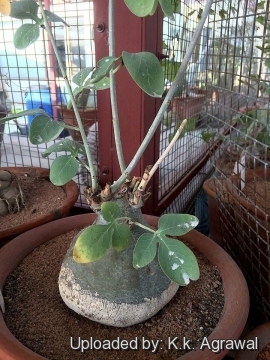 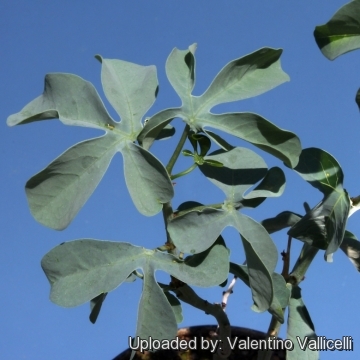 Cultivation and Propagation: It is one of the smaller-growing adenias and since it does not require a particularly high temperature it should make an interesting addition to a collection. It needs Full sun to light shade, but the caudex should be in the shade, while the leaves prefer the sun. They do better in a rather acidic soil.
They rot easily and do NOT like a lot of water when they have no leaves.
Propagation: Seeds (cuttings are possible, but don't generally produce a caudex) The plants for seed production are generally grown from cuttings since these bloom more freely. The plants for decoration are grown from seed since they develop a caudex.
Warning: The sap of Adenia is poisonous, and they should be handled with caution, particularly when pruning.