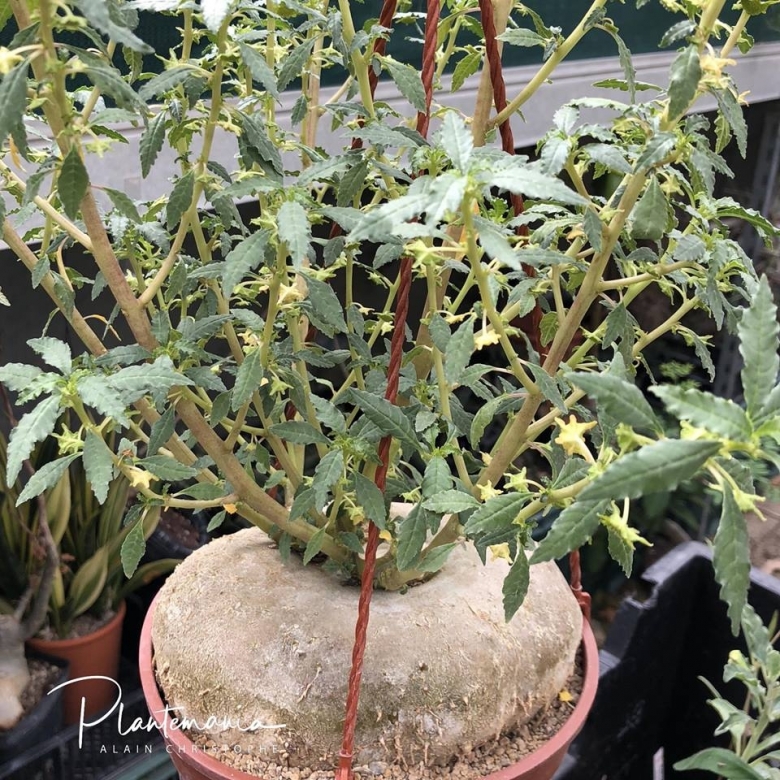 Origin and Habitat: Kenya (Taita and Chyulu Hills), Tanzania (Mounts Meru and Kilimanjaro and the Usambara and Uluguru Mountains) and also in Zanzibar?
Altitude range: 800-2400 metres above sea level.
Habitat and ecology: Dorstenia zanzibarica is found on rocks, cliffs in ground humus, rarely epiphytic; in various habitats from mossy forest to succulent and deciduous bushland or thickets. This is a widespread species often found in disturbed habitats.

Description: Dorstenia zanzibarica is a perennial succulent herb to 50-75 or more cm tall, rhizomatous or often pachycaul (caudiciform) but not always. The flowers are green and triangular.
Stem: Erect or ascending to 0.5-0.7(-3?) metres long, the base rhizomatous or sometimes forming a tuber; rhizomes long or short, succulent; tuber (caudex) globose or subglobose, to 5-10(-15) cm across, branched (at least with arrested branchlets with minute leaves) or unbranched to ca. 10 mm in diameter, sparsely minutely puberulous, hirs mostly in rows Leafy stems sometimes seasonal.
Leaves: In spirals, mostly crowded at the end of the stem. Oblong to subovate to lanceolate to elliptic, 1-21 cm long, 1-6,5 cm wide, tip acute to obtuse, base attenuate to cuneate, margin rather regularly finely to coarsely crenate-dentate lateral veins (5-)8-15 pairs. Leaves non succulent, papery and yellow when dry. Petiole (0.2-)1-2(-3) cm; stipules persistent, triangular to ovate, to ca. 1 mm long.
Inflorescences: Lateral, often several flowers together but also found solitary. Peduncle1-3 cm long. Receptacle up to 3 cm wide broadly turbinate, discoid or triangular shaped but sometimes almost square with four points (or irregularly star-shaped or oval) fringe distinct, to 1 mm broad, partly (near the peripheral flowers) covered with minute scale-like protuberances. Appendages in 2 rows, those of the inner row sometimes indistinct semi-orbicular, to 1(-2) mm long, forming a crenate rim, those of the the outer row (2-)3-7, usually 3 or 4 of them strap-shaped to triangular, 4-8 mm, some-times narrowed at base, with a shorter prominent midrib beneath the other.
Female flowers: Style 1, sometimes a second rudimentary; endocarp body tetrahedral, 1.5 mm in diameter, tuberculate.
Male flowers: Stamens 3 (or 2); 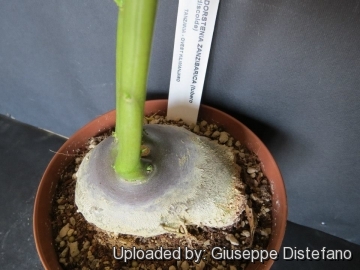 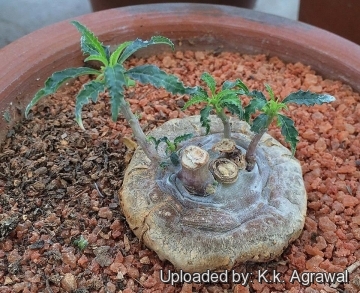 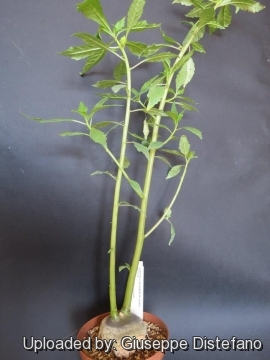 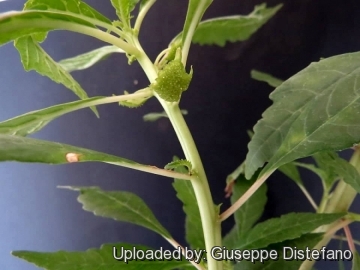 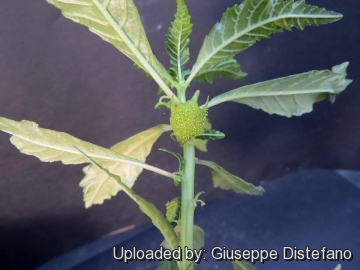 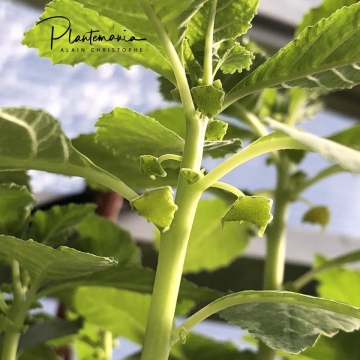 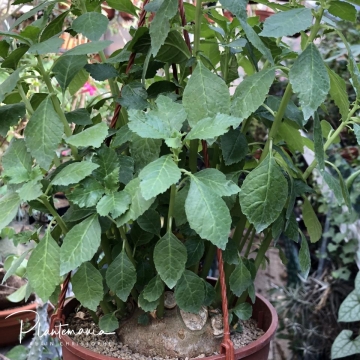 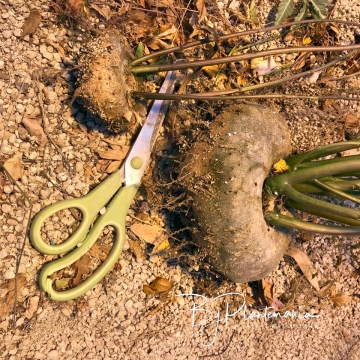 Cultivation and Propagation: Beloved by collectors, Dorstenia zanzibarica is an excellent caudiforkm plant and it should make an interesting addition to a collection.
Growth rate: It grows well, and fast. Providing adequate amount of water, warmth, and fertilizer seedling starts flowering when only 5 months old, but it’s susceptible to rotting if too wet.
Exposure: It needs light shade, but the caudex should be in the shade, while the leaves prefer some sun. Avoid direct blasting sun in summer. Bright light if grown indoors.
Soil: It needs a very porous potting medium (add pumice, vulcanite, and perlite). It does better in a rather acidic soil.
Waterings: During the growing season, the plants appreciate a fair amount of water but allow the soil to dry slightly between watering, making sure that they never dry out completely, but keep dry during the winter after the leaves have died back. It rot easily and do NOT like a lot of water when it has no leaves. They have to be kept in a rather high air humidity.
Fertilizer: They are fertilized once during the growing season with a balanced fertilizer diluted to ½ the strength recommended on the label.
Frost tolerance: Due to its African origin keep warm in winter, the minimum safe average temperature is 15°C, although it can go lower for short periods. It can be grown outdoors in frost-free climates, need anyway to kept above 10°C and dry in winter. It is very prone to rot in cool, wet conditions. USDA Zone 12, but does very well in containers.
Maintenance: Repot every two years. It like pots with generous drain holes.
Propagation: Seed, plants seem self fertile. Seed germinate readily at 21° C. They can also be propagated by cuttings.