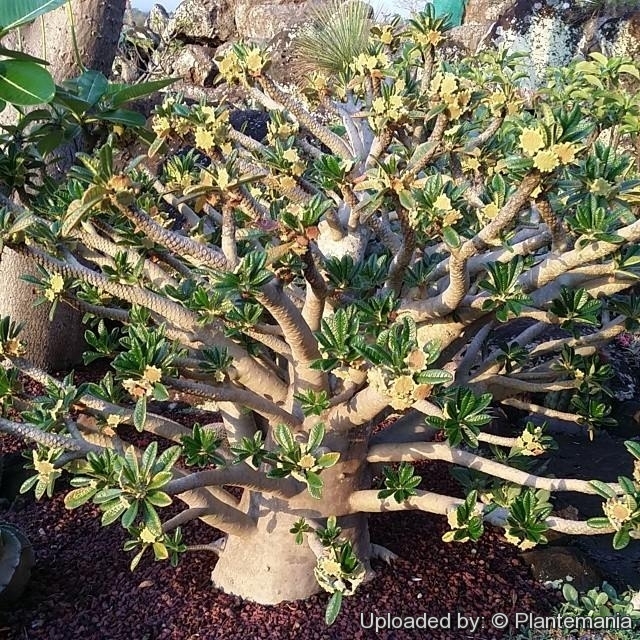 Origin and Habitat: Socotra (just off of the northeast shoulder of Africa in the Indian Ocean - Yemen)
Altitude range: The altitudinal zonation is variable; for example, along the northern coast, Dorstenia gigas is seldom seen below 500 m., while along the southern coast it is commonly encountered down to 100 m.
Habitat: Dorstenia gigas is often found on limestone hills, clinging to ledges and sheer cliff faces where few plants survive in crevices of the rocks. The particular cliff where it survives is also home to a number of other endangered plants.

Description: Dorstenia gigas is a beautiful shrub-like or small tree pachycaul species forming an immense green coral-like plant assuming extraordinary forms. Eventually growing up to 2-5 m high and 50-150 cm in diameter. It is a particularly bulky caudiciform species similar to Dendrosicyos and Adenium.
Stem: Swollen, sparingly branched
Leaves: Blades 10-20 cm long.
Flowers: Headlike inflorescences with headlike, compound receptacle bearing minute flowers, it is monoecious but still requires two to get fertilized! Kind of a problem when all plants in cultivation seems to originate from the same clone!

Subspecies, varieties, forms and cultivars of plants belonging to the Dorstenia gigas group 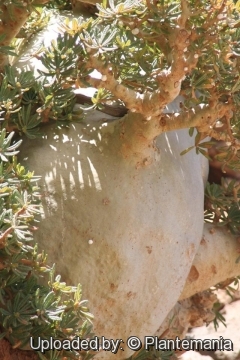 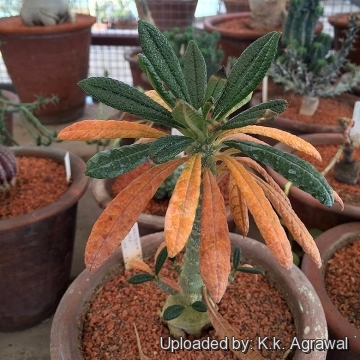 Dorstenia gigas in change over season. Photo by: K.k. Agrawal 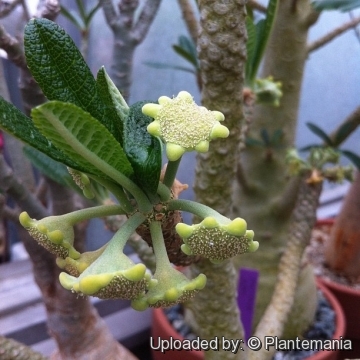 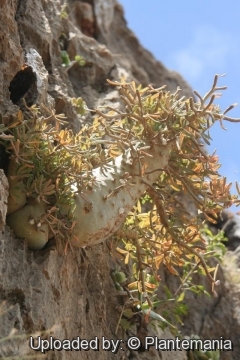 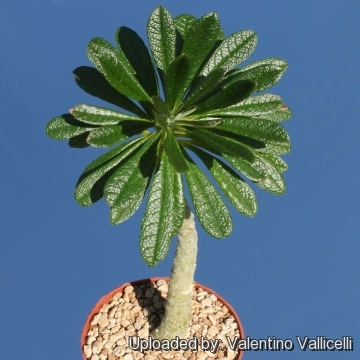 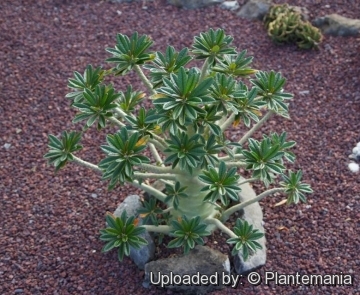 Dorstenia gigas from seed growing at the Reunion Island. Photo by: © Plantemania 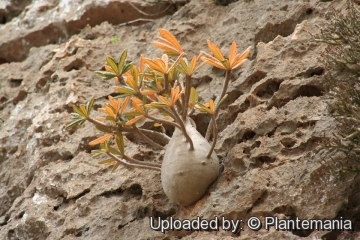 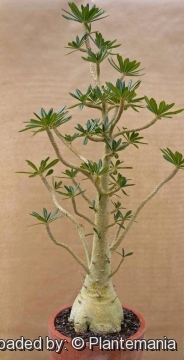 Cultivation and Propagation: Keep warm and moist at winter, as the winters on Socotra.
Propagation: It is possible to root cuttings.