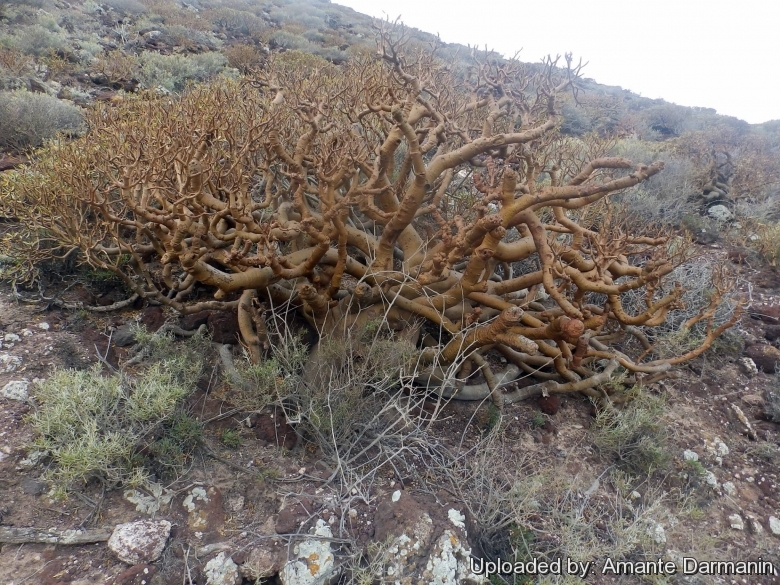 Origin and Habitat: It is native to all Canary islands. It is also present in West Africa, from Mauritania to Senegal, Niger and Northern Nigeria, its northern limit being the Sahel zone marking the southern boundary of the Sahara.
Habitat: In the Canary islands it forms dense communities in rocky places and on less mobile dune sand (with the exception of the highly mobile sands) in the lower succulent zone up to 800 mt in altitude. It is not eaten by the stock, nor by termites.

Description: Euphorbia balsamifera (subsp. basamifera) forms dichotomously branched, rounded shrub of variable height from very short bushes with creeping stems exposed to the wind hardly rising above the ground to small trees 1 to 3(-5) meters tall. It forms a thick succulent trunk, a real natural bonsai. Euphorbia balsamifera differs from other species of the genus by having a single flowered terminal inflorescence. Also like other Euphorbia it is unisexual, with male and female flowers on separate plants. It is pretty variable where leaf characters and stems development are concerned. In summer it loses its leaves and reveals a bare tree trunk looking like death. In reality, it is not dead but it is a summer deciduous. In order to prevent the loss of water through their leaves in time of drought and high temperatures, the plants choose to lose them, even if it means stop the photosynthesis process and enter in a rest phase.
Stems: Much branched from base with dull pastel, grey or terracotta coloured branches, These are semisucculent, gnarling, spineless, approx 5–10 mm thick, covered in transversely elongated leaf-scars, with the base stalks becoming very thick. At the minimum injure it give out a pungent-smelling white latex.
Leaves: Sessile, clustered at the end of the branches, linear-lanceolate to long-oval shaped 15-80 mm long x 3-8 mm wide, attractive, green to glaucous, apiculate, margin entire, glabrous or with a few minute hairs towards the base.
Flowers: The inflorescences are terminal cymes usually reduced to a single subsessile cyathium up to 6 mm in diameter on each branch which stay central above light yellowish-green pseudo-petals. Nectar glands 5, spreading, 2–3 mm broad. Styles 3–3.5 mm long, with distinctly bifid apices.
Fruits: Large subsessile capsule approx 9 x 10 mm wide, viscid, green becoming pinkish reddish-green, shallowly lobed, glabrous or hairy, subsessile.
Seeds: Subglobose, smooth, grey, 3 x 2,8 mm wide.

Subspecies, varieties, forms and cultivars of plants belonging to the Euphorbia balsamifera group 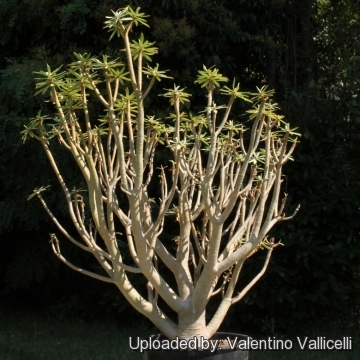 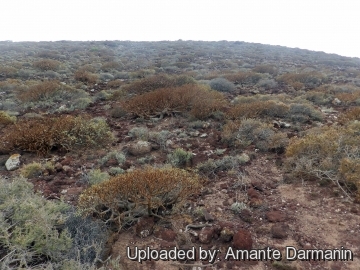 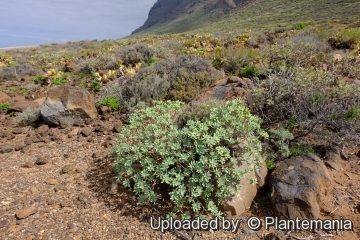 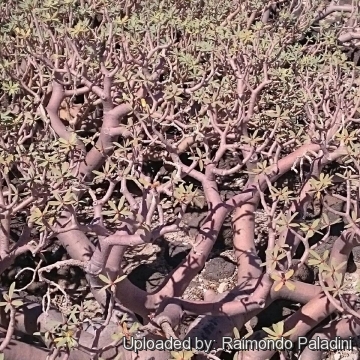 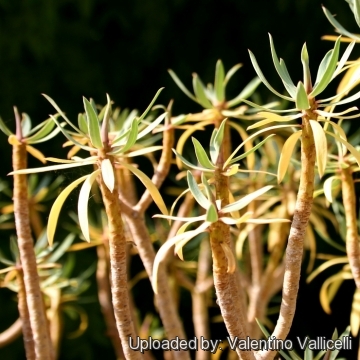 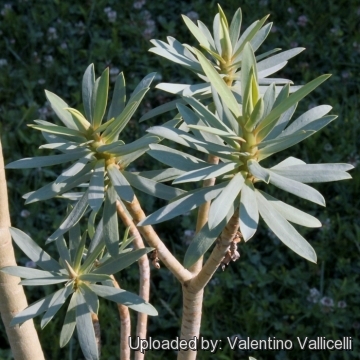 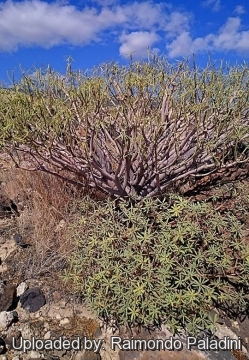 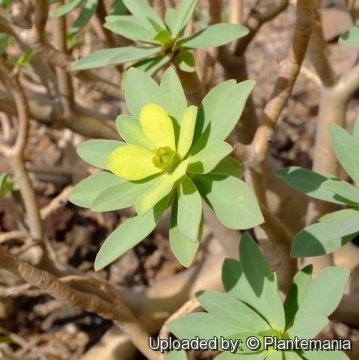 Cultivation and Propagation: Euphorbia balsamifera relatively an easy to grow plant for pot culture. It grows well in a very draining mineral potting substrate, but it isn't picky about soil. Outdoors it requires a deep sandy soil. It slowly grows into a large, many stemmed specimen.
Water requirements: The area where this plant is native receives rains mainly in winter, so it can be watered moderately from autumn to spring (except in the coldest month of the winter, as it rot easily, especially if over-wet). During the summer, they lose their leaves and enter in a rest phase, in this period diminish waterings to one at a month.
Hardiness: In winter, keep it dry above 4°C. Mature healthy plants are tough and can also be grown outside in frost free areas, but when left out it is more sensitive to frost.
Exposure: They do need a lot of light to keep their compact growth-form, but different clones vary in their tolerance of full sunshine. The plants that are not kept in full sun grow faster, but became untidy and may need support as they get larger, or branches fall off. Sometimes, in really hot full sun all day long, a plant will bleach out a bit.
USES: The plant is commonly grown as a hedge and field-boundary marker. It is easily raised by cuttings and is said to be one of the best hedge plants for low rainfall areas, i.e. under 900 mm.
Odontology: E. balsamifera has sap (latex) which is rather poisonous if ingested but not corrosive nether bitter like that of other Euphorbias, and widely used in odontology as traditionally antalgic treatment of acute dental pulpitis. The latex is an effective pulpal devitalizer used in dental offices.
Food: The latex is sometime reported to be drinkable like the milk of animals and boiled and thickened into a Jelly and eaten as a delicacy by the inhabitants of the Canary Islands.
Agriculture: Most of the fields in Canary islands are fenced with E. balsamifera that protects the crops from pest attacks and the soil from wind erosion hazards, The live fence is planted just before the rainy season and is weeded and pruned during successive rainy seasons. It it also widely used to fix mobile sand dunes.
Other uses: In some cemeteries in the Accra plains of Ghana a plant is grown to mark each grave. It is grown in villages for superstitious as well as medicinal purposes. It is commonly grown along the sides of roads and tracks and on wind-blown dunes as a sand-binder
Propagation: It is propagated by cuttings or seeds. It branches enthusiastically, and offsets are readily available. If you remove an offset, remember to let it dry for a week or so, letting the wound heal (cuttings planted too soon easily rot before they can grow roots). It is better to wash the cut to remove the latex. The seed can be sown just under the surface in normal seedling trays in a sandy seed mix. Germination usually occurs within 1 - 3 weeks.
Warning: As with all other Euphorbias, when a plant get damaged it exudes a copious white milky sap known as latex. The latex is known to be dangerous to the eyes and the plant has been used for criminal purposes, in ordeal-poison and in arrow-poison. Pay extreme attention not to get any in your eyes or mouth. Cultivated plants must be handled carefully.

by Han Keat Lim
There are a total of 19 Photos.
Click here to view them all!
Cite this page: "Euphorbia balsamifera subs. eubalsamifera" Text available under a CC-BY-SA Creative Commons Attribution License. www.llifle.com 14 Nov. 2005. 30 Nov 2022. </Encyclopedia/SUCCULENTS/Family/Euphorbiaceae/32503/Euphorbia_balsamifera_subs._eubalsamifera>