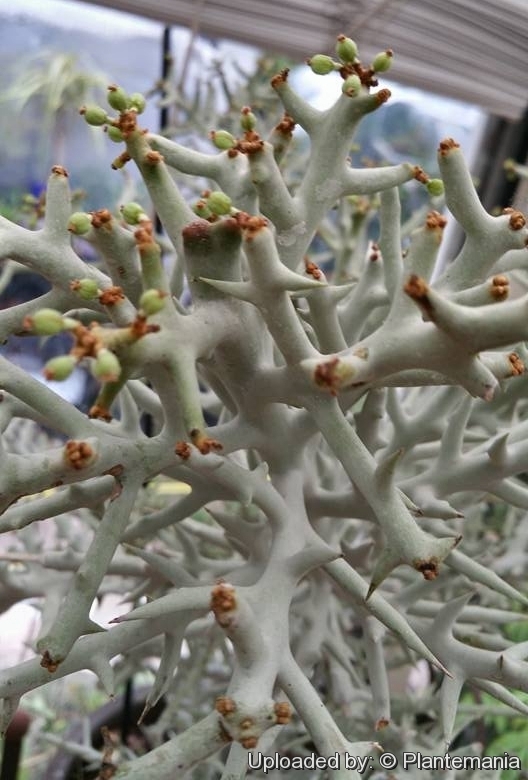 Origin and Habitat: Endemic to Madagascar: Ambatofinandrahana, Tulear to Fort Dauphin, and the south-central High plateau (Ivohibe). Extent of occurrence (87,841.1 km²) and area of occupancy (34,280.7 km²). Recorded from 30 localities and comprises six to twelve subpopulations. This species is common throughout its range.
Habitat: Grows in relatively dense coastal evergreen forest on the calciferous coastal dunes and on cipolin marble rock outcrops near Ambatofinandrahana. The high plateau populations are in south-west dry bush on rock outcrops. Habitat degradation, fire, habitat clearing for charcoal, and mining are the major threats. Grows only on cipolin rocks, which are exploited as a valuable source of white marble. This species is also used to feed Zebus.

Subspecies, varieties, forms and cultivars of plants belonging to the Euphorbia stenoclada 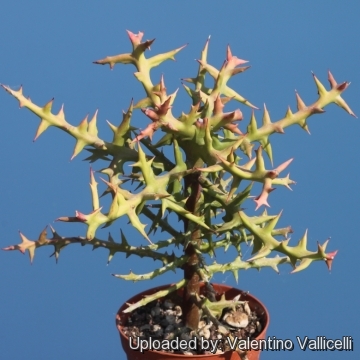 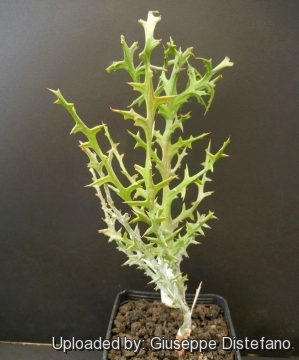 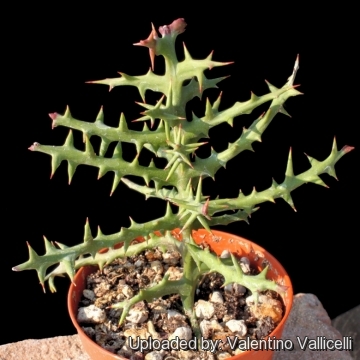 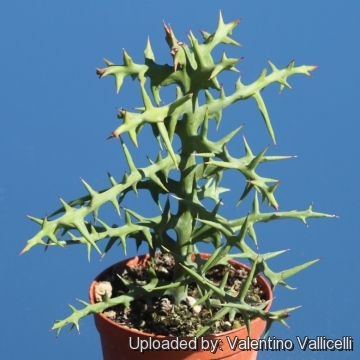 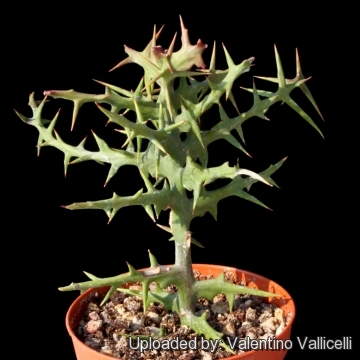 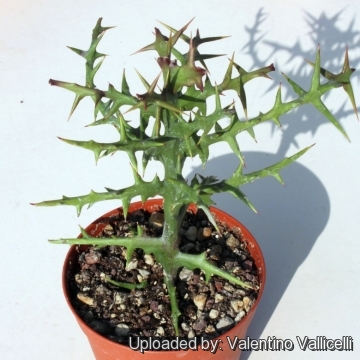 Cultivation and Propagation: It is an easy species to grow that is suited for any well drained soil in full sun. But young plant are happy growing indoors, where they can easily reach the ceiling. Give the plant an airy growing medium which mainly consists of non organic material such us clay, pumice, lava grit, and only a little peat or leaf-mould. Water regularly during the active growing season from March to September. No water should ever be allowed to stand around the roots. Keep almost completely dry in winter. It is a moderately fast grower, and will quickly become large landscape masterpieces in just 3-5 years. Only downside is from strong winds, the columns often smash into each other, causing permanent scarring... best to plant in such a location where winds are not a big issue. If plant becomes very red, this is a sign that the roots have not developed properly. It is a relatively fast growing and long lived plant and once established, it will be content in its position and with its soil for years. It can tolerate moderate shade, and a plant that has been growing in shade should be slowly hardened off before placing it in full sun as the plant will be severely scorched if moved too suddenly from shade into sun. Like quite small pots, repot in very later winter, early spring. Can be pruned for shape and branching. Frost tender, frost free zones only.
Plant Pests: Prone to mealy bugs and rarely scale.
Warning: All parts of Euphorbia ooze a milky sap when damaged or cut. Contact with this sap may cause dermatitis in some people, and in the eyes the sap can cause temporary blindness which may last for several days.
Uses
Traditional uses: Resin from the stem is used to caulk pirogues.
Cattle food: Branch apices are eaten by zebus.
Medicine: Has been used traditionally in the treatment of asthma, and it appears that quercetin may be the major active ingredient.
Propagation: It is easy to propagate by cuttings in late spring to summer, just take a cutting of the plant let it dry for 1 week and stuff it in the ground (preferably dry, loose, extremely well draining soil).