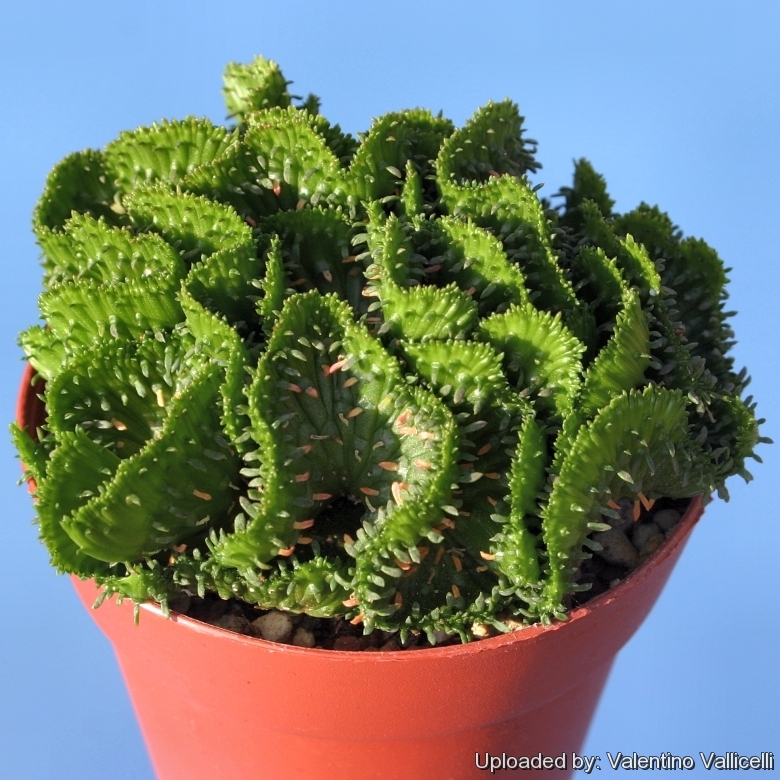 Description: Euphorbia flanaganii is a low, spineless, many-branched, succulent to 5 cm tall and 30 cm wide. It is commonly known as Medusa plant, because its prostrate, snake like arms resemble locks of hairs. The central stem merges into roots forming an tuberous body (often called a caudex) with branches radiating from it. If you look down into a large specimen you'll see what looks like a sun flower; it's another example of a Fibonacci spiral. A properly grown plant is a joy, especially when it is in flower, for then each snaky finger is covered with fragrant yellow flowers and the cluster is exquisite. The whole plant produce a caustic milky sap that can cause skin rash, itching and general discomfort.
Crested forms: This specie has two cristate forms; one with a cristate central shoot and normal cylindrical lateral shoots developed on it, and another with cristate lateral shoots only, without main shoot.
Lateral shoots type cristation: It is very common in cultivation and available for sale in garden centres. It looks very different from the species and forms a thin flattened crowded cluster and develops in time a large cushion-like mass 12-15 cm high by up to 30 cm wide which resemble a wavy emerald green coral. Plant grown in full sun often take a bronze colouration especially in winter. Sometimes in the winter it looks really red colour.
Caudex cristation: The cristation of the central stem is quite rare and very different looking from the cristation involving a lateral shoot. It forms a snaky fan-shaped ridge with normal cylindrical lateral shoots developed on it.

Subspecies, varieties, forms and cultivars of plants belonging to the Euphorbia flanaganii group 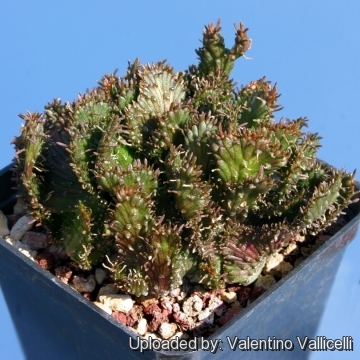 In full sun it takes a nice bronze colour. Photo by: Valentino Vallicelli 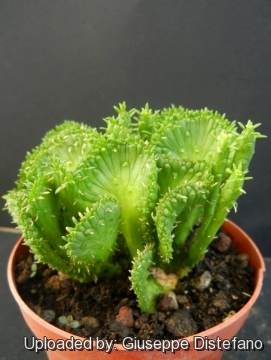 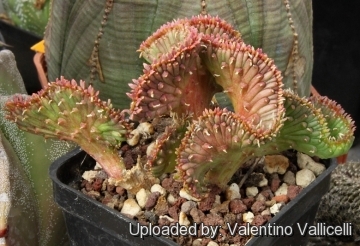 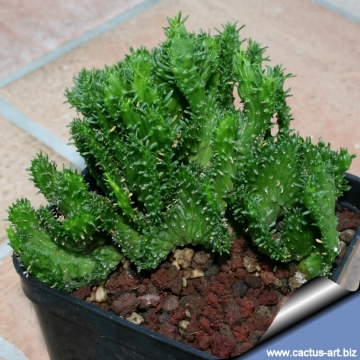 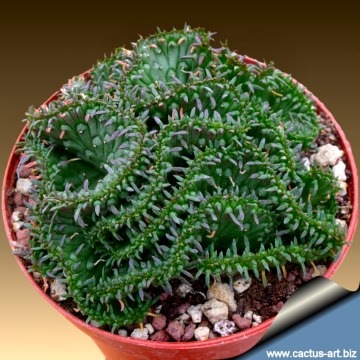 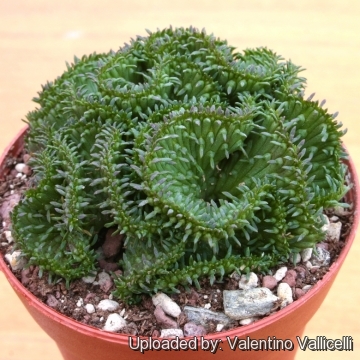 Cultivation and Propagation: This is a relatively fast growing species, It like a sunny position and does best in a mineral soil, but is tolerant of a wide range of soil types. Good drainage is essential. Water sparingly during the summer months and keep quite dry in winter. It can tolerate moderate shade, and a plant that has been growing in shade should be slowly hardened off before placing it in full sun as the plant will be severely scorched if moved too suddenly from shade into sun.
Crested growth: Unlike 'monstrous' varieties of plants, where the variation from normal growth is due to genetic mutation, crested growth can occur on normal plants. Sometimes it's due to variances in light intensity, or damage, but generally the causes are unknown. A crested plant may have some areas growing normally, and a cresting plant that looks like a brain, may revert to normal growth for no apparent reason. If you have any of the crested part left you need to remove the normal growth and leave the crested part behind this will need to be done regularly.
Propagation: As the cristate forms do not flower, the method employed for its propagation is by cuttings.
Warning: As with all other Euphorbias, when a plant gets damaged it exudes a thick white milky sap known as latex. This latex is poisonous and may irritate skin, so pay extreme attention not to get any in your eyes or mouth. Cultivated plants must be handled carefully.