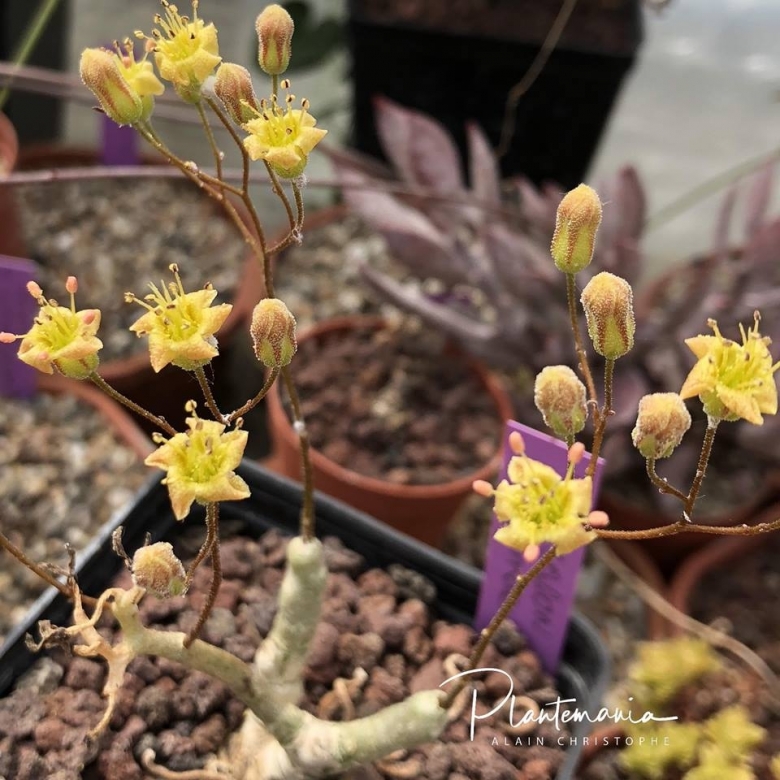 Origin and Habitat: Western Cape (Knersvlakte from Koekenaap to north-east of Bitterfontein), South Africa. Tylecodon pygmaeus is a range-restricted species (Extent of occurrence 534 km²), but locally common species.
Type Locality: Cape, near Vanrhynsdorp.
Habitat and Ecology: Succulent Karoo. Tylecodon pygmaeus is is a common pioneer species that grows on quartz gravel patches on flats and gentle slopes. It is summer-flowering. There has been some mining applications on parts of this species' range (N.A. Helme pers. comm.), and if mining proceeds, some subpopulations may be lost. The species is difficult to cultivate as it does not grow well outside its native habitat (Van Jaarsveld and Koutnik 2004), and may possibly be targeted by succulent collectors. It is however very common, and collecting is not considered to be causing population decline at present.