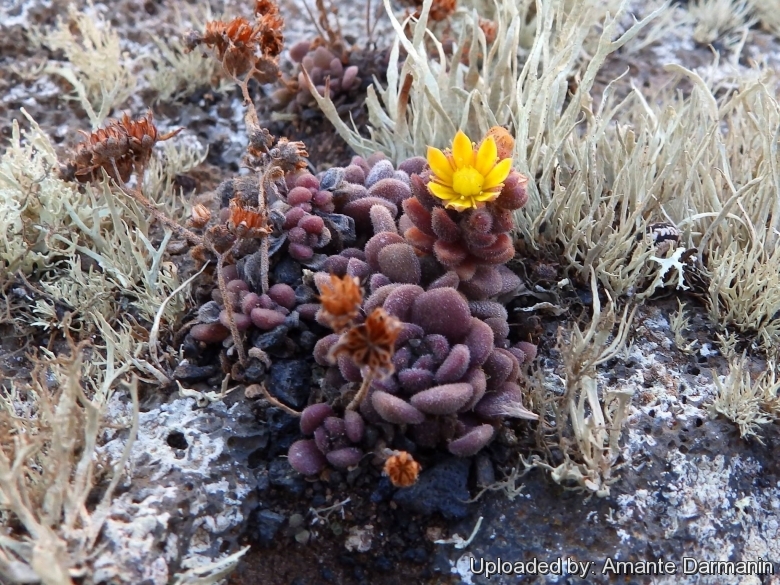 Origin and Habitat: Aichryson tortuosum is indigenous to the Canary Islands (Lanzarote and Fuerteventura), Spain.
Altitude range: Up to 700 metres above sea level.
Habitat and ecology: This species is confined to the arid regions of Lanzarote and Fuerteventura, which are the two driest of the Canary Islands. It grows tucked into crevices on the vertical sides of permanently windswept volcanic cliffs and at many places along the island shaded, northern ridges.

Description: Often misspelled (tortulosum), Aichryson tortuosum is a small, very ornamental, perennial shrublet 10-15(-20) cm tall with dense tortuous branches, hence the specific name. It has crowded, fleshy and pubescent (downy) leaves in dense rosettes looking like a miniature Aeonium lindleyi. The small yellow flowers in a lax inflorescence typically have seven or eight petals. This neat little plant is the old and long-known Sempervivum tortuosum. It is quite variable and, as for most members of Aichryson, the true, unhybridized species is rarely seen in cultivation.
Stems: c. 5 mm thick, hairy, often glabrous below, Branches woody, tortuous, divaricate.
Leaves: Highly succulent, 10-12 long, 4-6 mm wide, 2-3 mm thick, blade broadest above the middle, obovate, rounded, sessile, densely glandular-hairy, viscid (scent resinous), dark green, tinged purplish-red or brown.
Inflorescence: From short laxly leafy shoots, few-flowered; Pedicels to 7 mm.
Flowers: 7- to 8-merous, 9 - 12 mm in diameter. Sepals glandular hairy (hairs up to 0.5 mm). Petals 5 - 6 mm, elliptic, acuminate, aristate, deep yellow, tips reflexed, margins often finely ciliate.
Seeds: Dust like.
Related species: Aichryson bethencourtianum Bolle is very similar to Aichryson tortuosum, so similar that an expert in this genus as Bañares Baudet (2008) considers it to be, a subspecies the latter (Aichryson tortuosum ssp. bethencourtianum (Bolle) Bañares & S. Scholz). They are distinguished from each other primarily by the excretion of a viscid substance from the dense hairs of A. tortuosum, which has sessile leaves, as opposed to A. tortuosum ssp. bethencourtianum, which has indistinctly petiolate leaves and longer, non-glandular hairs. They occur sympatrically on Fuerteventura, but only A. tortuosum has reported occurrences on Lanzarote.

Subspecies, varieties, forms and cultivars of plants belonging to the group 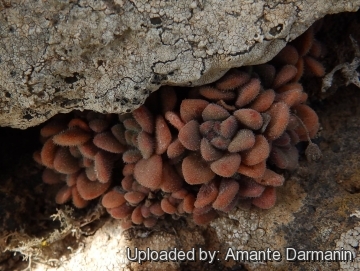 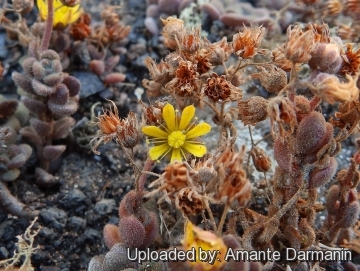 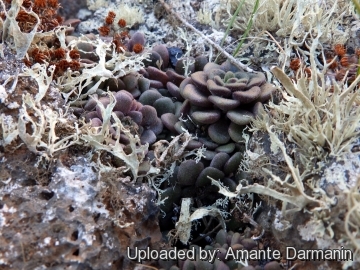 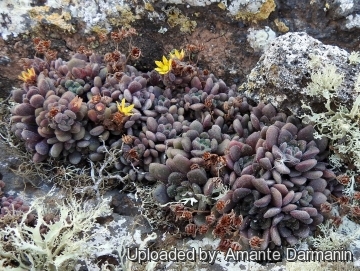 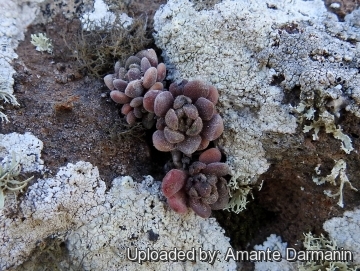 Cultivation and Propagation: Aichryson tortuosum is a most delightful miniature winter growing succulent that tend to go dormant in the summer and look a little tired sometimes, but they perk up again in the fall. Summer is the natural dormant season for this species in its native land. However, don't let the plants go dry for any extended time. Suitable for indoor culture it can be grown in shade, but needs sun to bring out full colour.
Soil: It requires gritty well drained potting mix.
Water requirements: Water deeply but infrequently. Plants are allowed to thoroughly dry in-between waterings. During the winter months restrict water to about once a month, or just enough to keep the foliage from shrivelling.
Exposure: Position in part sun in a sheltered spot, but the bright light enhances the rich red hues of the foliage, but prefers light shade to shade in summer.
Hardiness: Needs protection from severe winter frosts (Hardy to -2°C or a little less for short periods), over winter under glass in all but the mildest of gardens.
Propagation: Aichryson tortuosum is easily propagated by cuttings in the spring, just cut the rosette with a piece of stem and plant it. Time to take cuttings: April to July.