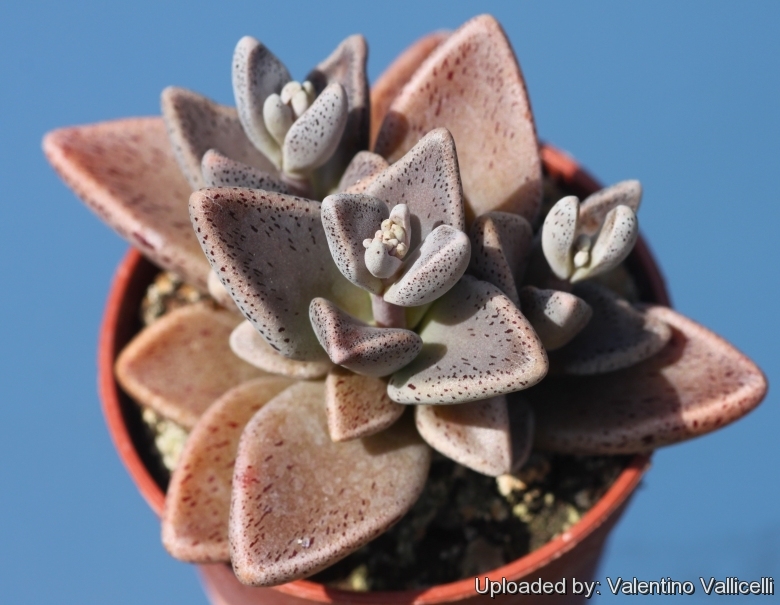 Origin and Habitat: North-East Mexico (Coahuila and Nuevo Leon ).
Habitat and ecology: Lenophyllum guttatum is an inconspicuous succulent plant that loves to grow in rock crevices and forms little clusters.

Subspecies, varieties, forms and cultivars of plants belonging to the Lenophyllum guttatum group

Notes: Plants in this genus are distinguished from Sedum species by the presence of terminal inflorescences, erect petals, and opposite leaves 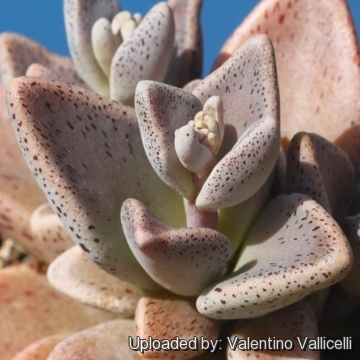 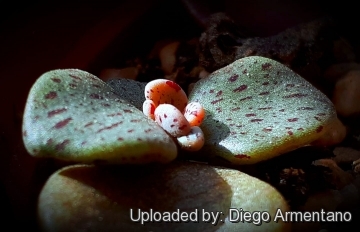 Cultivation and Propagation: Lenophyllums are closely related to Echeveria and with similar cultivation requirements. All can be readily rooted from leaf cuttings or seed. It is essential in cultivation to use a very porous soil, with adequate drainage.
Exposition: Bright light is required to prevent "stretching" of Echeverias ("stretching" occurs when a moderately fast growing plant such as an Echeveria or Lenophyllum, is grown in dim light or over-fertilized, which causes overly lush growth that contributes to weak, pallid plants).
Watering: Water thoroughly when soil is dry to the touch.
Hardiness: Protect from frost.
Propagation: Quite easy from seed or from cuttings, the latter either from individual leaves or from offset rosettes.