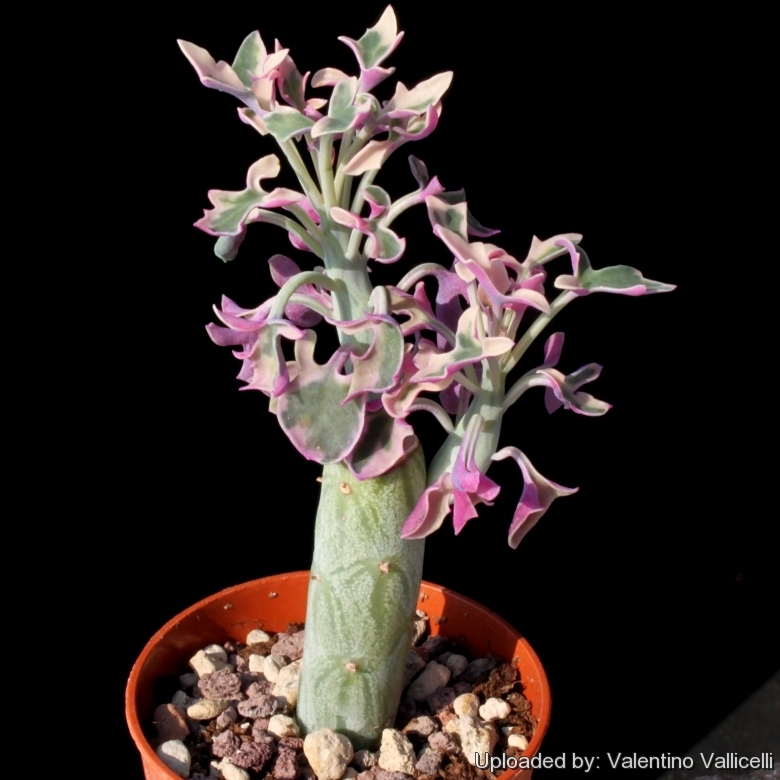 Description: Senecio articulatus f.variegatus is a charming colurfull variegated form of this unusual Senecio. It is a deciduous succulent species that forms a somewhat sprawling clump 22-40 cm high by 30 cm or more wide. Plant is leafless during part of the year.
Stem: Segmented with fat joints, 1,5-10 cm long and 1,5-2 cm in diameter (but less succulent than that of standard Senecio articulatus) that looks like sausages about as thick as a ﬁnger. Epidermis glaucous with darker green, markings like lizard skin. During winter each sprouts a little tufts of leaves and then they grow another segment. So from looking like a sausage with a topknot it ends up looking like a string of sausages with topknots! Each stem can reach 30-40 cm height, but much taller if shaded and overwatered. The stems store water for long periods and have a waxy coats to retard water loss. The joints are are very fragile and detaches at the minimal touch.
Roots: Fibrous shallow, but wide-spreading.
Leaves: Tricolour green, creamy-white and pink-violet, 5-8 cm long, on petioles as long as or longer than blade, soft, fleshy, variously incised or notched and very much shaped like little Alocasia leaves. Leaves drop in dry times, new ones being produced when growth resumes.
Inflorescences: 12-20 cm tall, branched corymbs, heads tiny, rayless composed solely of disk-flowers with an unpleasant rather repugnant odour and are pollinated by beetles and flies. 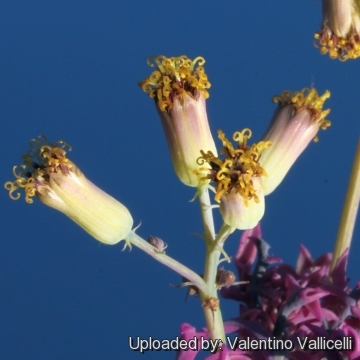 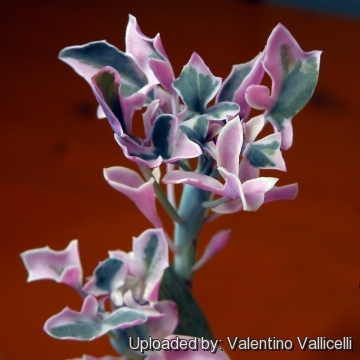 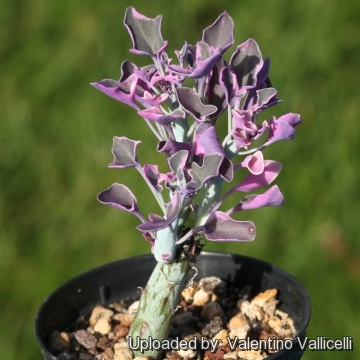 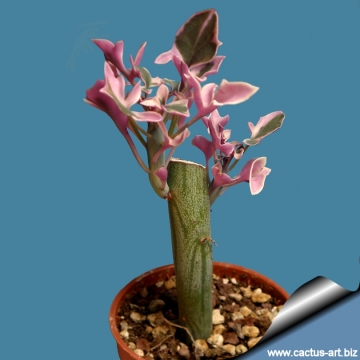 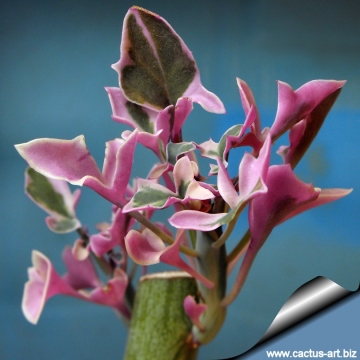 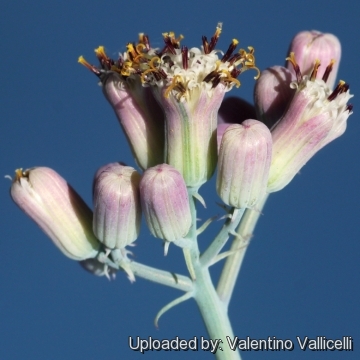 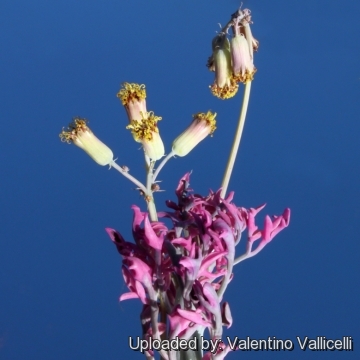