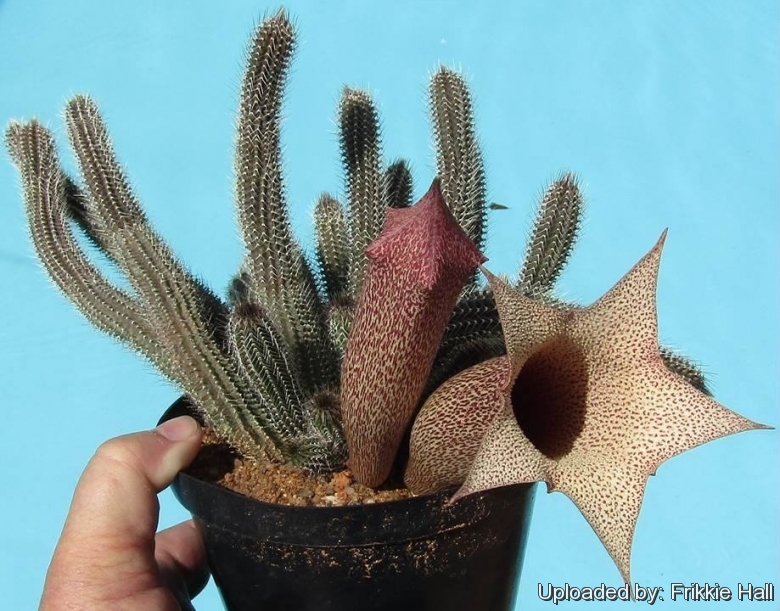 Description: Tavaresia barklyi is a densely tufted, succulent perennials with many-ribbed stems furnished with bristles that at first reminds one of a cactus. This species produces characteristic long trumpet-shaped flowers both small and large that immediately distinguish this species from any other known stapeliad in southern Africa. The larger flowered form was previously known as a distinct species: Tavaresia grandiflora.
Stems: Cylindrical, erect, glabrous, blue-green or tinged with purplish 40–60 mm long and about 15 mm in diameter, (5-)10–12(-14)-ribbed, angles with very short closely set tubercles tipped by three sharp bristles. It is reported that when the stem is injured or crushed it emits a strange musty odor. Stems take on a dramatic dark colouration in a sunny position, contrasting with the spines.
Spines: Bristly 3-parted very acute. Central bristle horizontal to erect, the two lateral rather shorter, deflexed and diverging from each other at nearly a right angle or oriented downwards and ± parallel to the stem surface. Technically, these spines represent a modified leaf spine with 2 side stipules, unique to this genus.
Inflorescence: Arising at the base of of young stems with one to four flowers that open successively.
Flowers: Large trumpet-like (tubular) and showy, 35–110 mm long and 25 mm in diameter.
pale yellow to cream to flesh-coloured with dark red spots and streaks on the outside, darker on the inside becoming almost fully maroon to purplish at the base inside. Corona 2-seriate, arising from the staminal column; outer lobes in 10 filiform segments; inner lobes 5, linear, shorter than the anthers basally fused becoming threadlike and ending at the tips in a spherical knob. Pollinia horizontal, with short caudicles.
Blooming season: Midsummer.
Fruit: Elongated follicles. When the follicles are fully-matured they burst open to release the seeds, each of which has a tuft of hair. As the tuft of hair (coma) dries out on the tip of the seed it unfolds into a parachute-like structure that carries the seed off in the slightest breeze.
Remarks: Tavaresia hybridises easily with Stapelia gigantea giving rise to an hybrid plant known as Tavaresia meintjiesii. Some taxonomists are of the opinion that Tavaresia thompsoniorum may also be of hybrid origin. 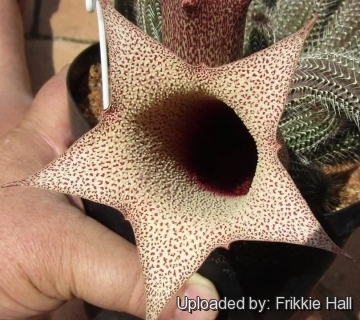 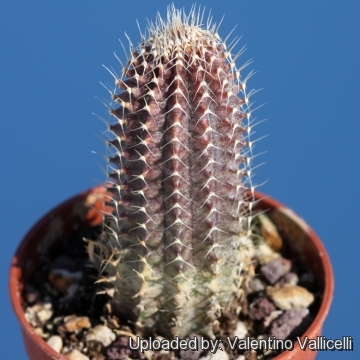 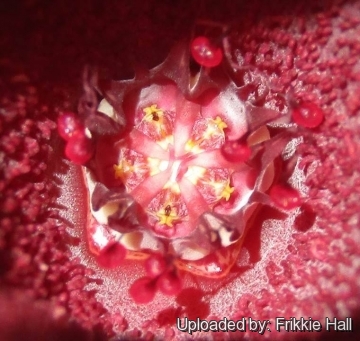 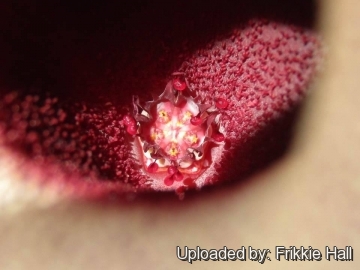 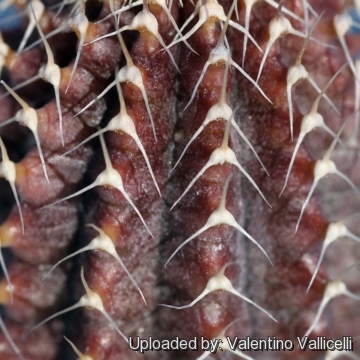 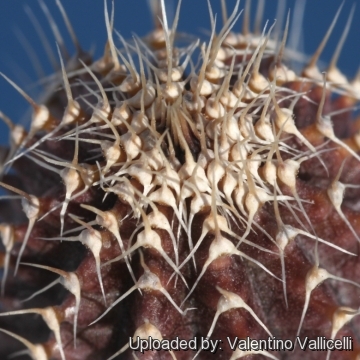 Cultivation and Propagation: Tavaresias are mainly grown by plant collectors, lovers of succulents and enthusiasts who enjoy growing unorthodox looking plants. They comes from summer rainfall areas, and are intolerant of excess water, humidity and low winter temperatures and easily destroyed by moulds. Flower buds drop off easily in response to the slightest touch or unfavourable conditions.
Soil. They grow well in light gritty soil with a very liberal drainage.
Watering: They should at all times sparingly watered (best rain water with some occasional fertilizer), and in winter time they hardly require any.
Exposure: They prefer light shade rather than full sun, although stems may not colour up under shady conditions.
Hardiness: A minimum winter temperature of 5-10°C is acceptable, providing that plants are kept absolutely dry. They require outdoor culture, or a warm close greenhouse, while growing in the early part of summer, and afterwards may be ripened and kept in a greenhouse.
Pest & diseases: Keep their roots free of mealy bugs, as fungal attack often occurs as a result of damage to stems by insects. A layer of grit on the surface of the compost prevents moisture from accumulating around the base of the stems and minimise the chance of fungal attack on the roots.
Traditional uses: Not much is known about other uses. This species is sporadically collected for food by local people, the stems are chewed, possibly for nourishment or to obtain fluids. First the outer skin of the stems is pealed and then it is chewed, in the same way as Hoodia is widely used. It has, however, not been established that Tavaresia acts as an appetite suppressant. It has been reported that the plant is crushed and externally applied to painful and aching parts of the body as a kind of dressing to alleviate pain.
Propagation: Plants are usually increased by cuttings, which, as they are very succulent, should be allowed to dry a week after they are taken off, when they may at once be put singly into pots. Grafting the Tavaresia on Stapelias is often useful, and can be recommended.