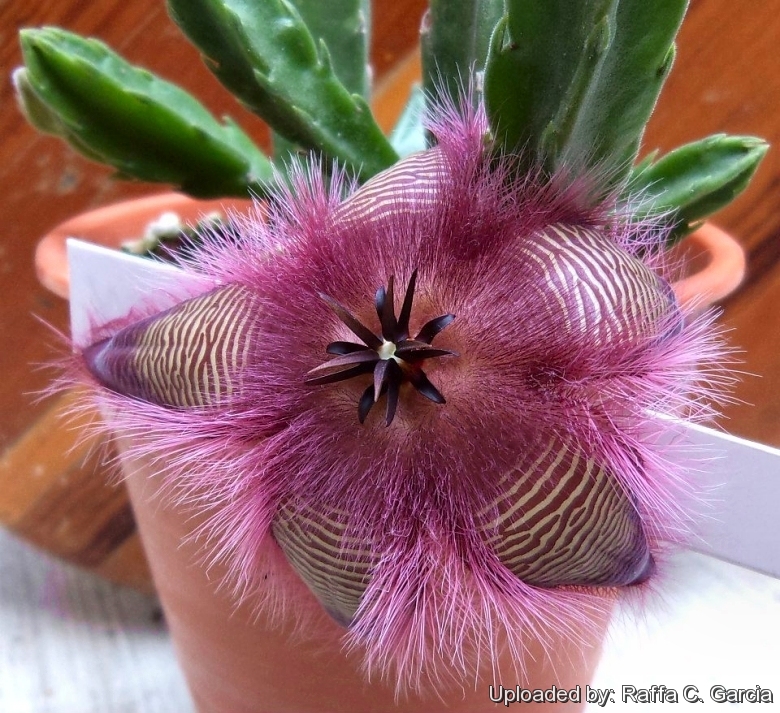 Stapelia hirsuta L. Photo by: Raffa C. Garcia
The dark-red flowers smell like a carrion and are covered by long setae that remember the fur of a dead animal , this way they attract flies for pollination (sapromyophily). The flowers are densely shaggy (hirsute) at the centre. Purplish colour simulate the rotting flesh of dead animals. These flowers attract beetles and carrion flies who pollinate the plant as they are fooled into trying to lay eggs on the flower. 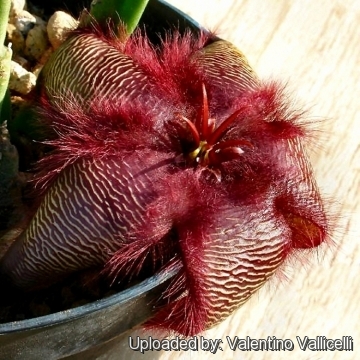 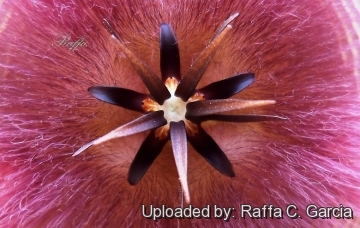 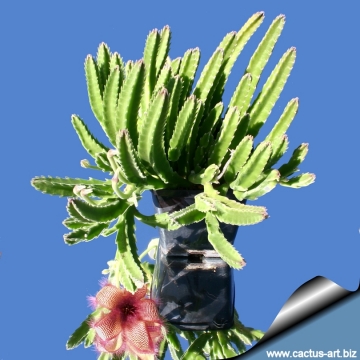 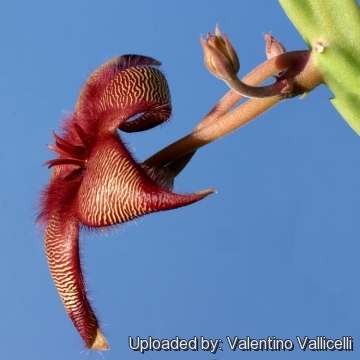 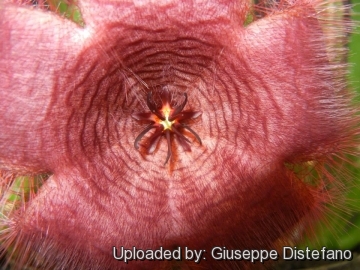 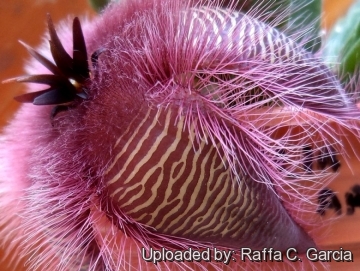 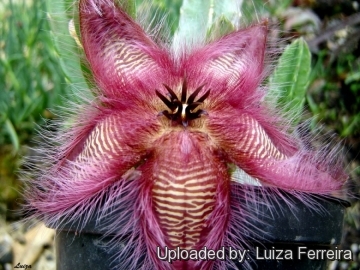 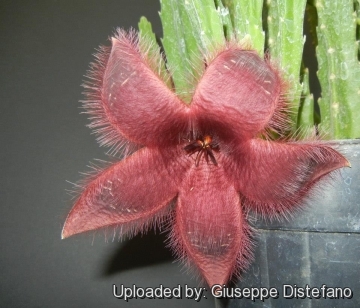