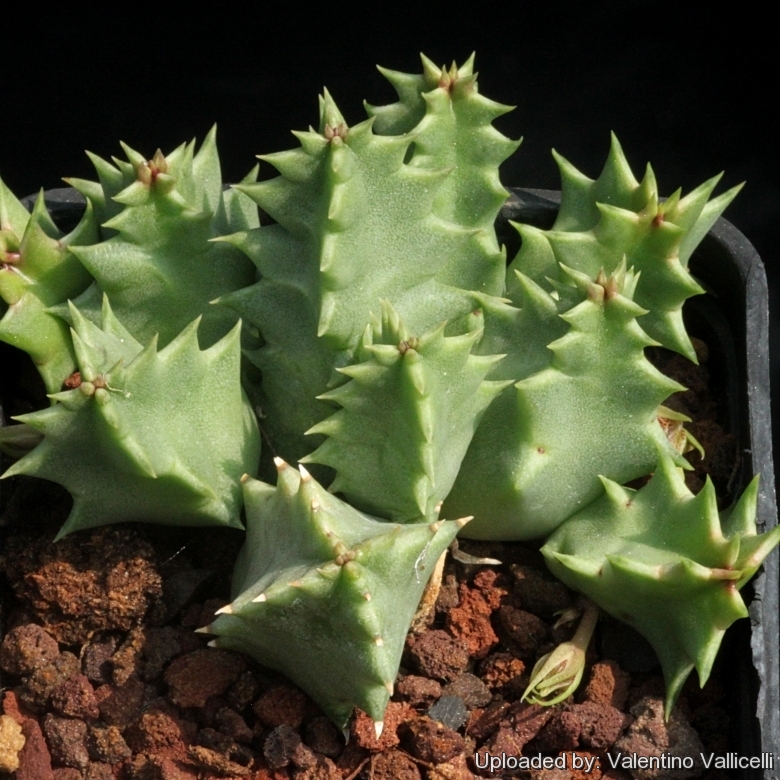 Origin and Habitat: From the Northern Cape and Eastern Cape (Widespread across the Great Karoo: Middelpos, Beaufort West, Merweville, Hanover, Richmond, De Aar and Willowmore). South Africa
Altitude range: 1200-1600 metres above sea level.
Habitats and ecology: Karroid shrubland, this species occurs wedged among rocks under small bushes. This species is widespread and quite common in some areas, and so not rare as it was once thought to be. The apparent rarity is only a reflection of the paucity of collecting. This species occurs in a sheltered habitat in remote areas where it is not threatened.

Subspecies, varieties, forms and cultivars of plants belonging to the Huernia humilis group

Notes: This species is closely related to Huernia insigniflora.

Cultivation and Propagation: Huernia humilis is very easy to grow, it needs light shade to full sun (but tolerate shadow), very resistant to heat will also tolerate quite cold temperatures but avoid frost, best in a ventilated environment. It is quite resistant to the “Balck spot” disease of Asclepiads, Water regularly during the growing season, keep dry in winter. Use a gritty, well-drained soil.
Propagation: It is easily propagated by removing a cutting, sometimes with roots attached, in spring and summer, but seeds germinate readily if they are sown when fresh.