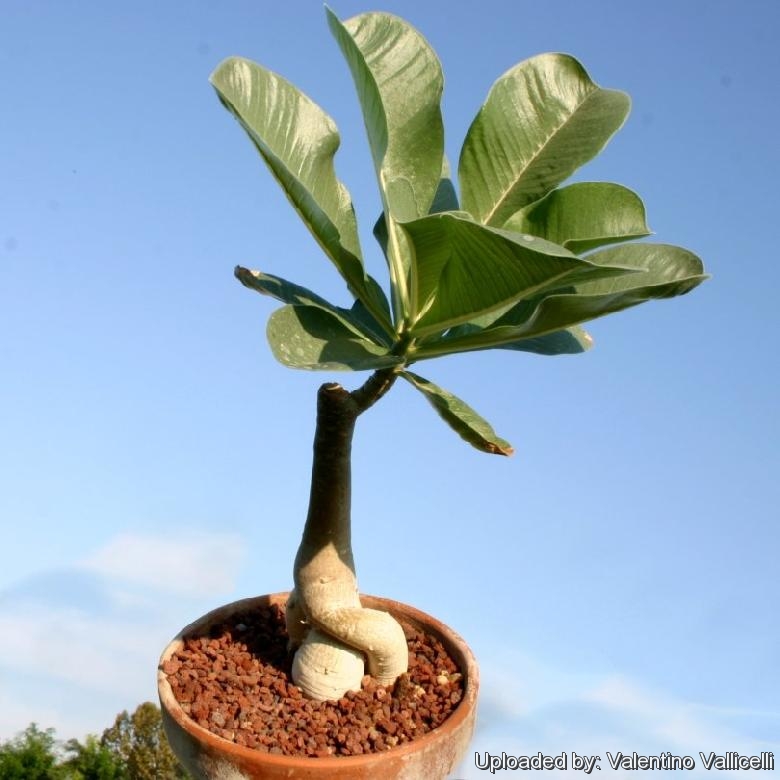 Description: Adenium bohemianus is a small peculiar species with silvery branching caudex. The flowers are similar to those of A. swazicum but the leaves are broader pale grayish-green. It is a slow grower adenium and need a long periods of dormancy.
It has relatively poor flowering characteristics compared to the more floriferous A. obesum hybrid, but the flowers are anyway beautiful like those of most of the adeniums and range from light-pink to dark magenta pink colour.
A. bohemianum (and A. swazicum too) almost always drop every leaf during the dormancy period. When leaf tips get brown, it usually means that the plant is getting too dry between waterings but if they are doing it and the plant is wet, cut back a little. 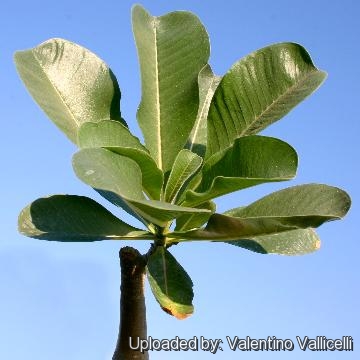 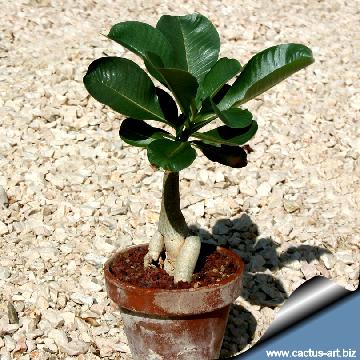 Cultivation and Propagation: A. bohemianus is easy to grow but is especially susceptible to spider mite infestation. It is nearly evergreen if grown in a warm greenhouse or tropical conditions a and watered, but can loose its leaves and forced into a long winter dormancy in cooler climate. New growth begins early in spring.
It like pots with generous drain holes on sides and bottom, need a very porous potting medium media (add pumice, vulcanite, and perlite) seeing that the main trunk is planted with the majority of the roots below the caudex line. Its rare that adeniums will use the upper third of their soil and often this area serves like a mulch or support for the stem.
To make plants develop a large swollen base/trunk and to increase flowering, they require a fertilizer rich in potassium and phosphorus without a too high nitrogen content.
Bright filtered light is best but in areas where light is not as burning, plants may be kept outdoors in full sun unprotected but remember that caudex is very susceptible to sun scalding.
Water plants preferably in the early mornings until the soil is well wetted and let excess water drains from the pot base. Watering can be done as they become drier even daily or to every few days during active growth season Never allow plants to dry out too often as this causes them to go into early dormancy. Many plants simply never get enough water to grow and flower adequately so keep them active and growing by providing them with all the essential necessities.
Reproduction: Seed, grafting or cuttings that develop the same characteristics in a few years.