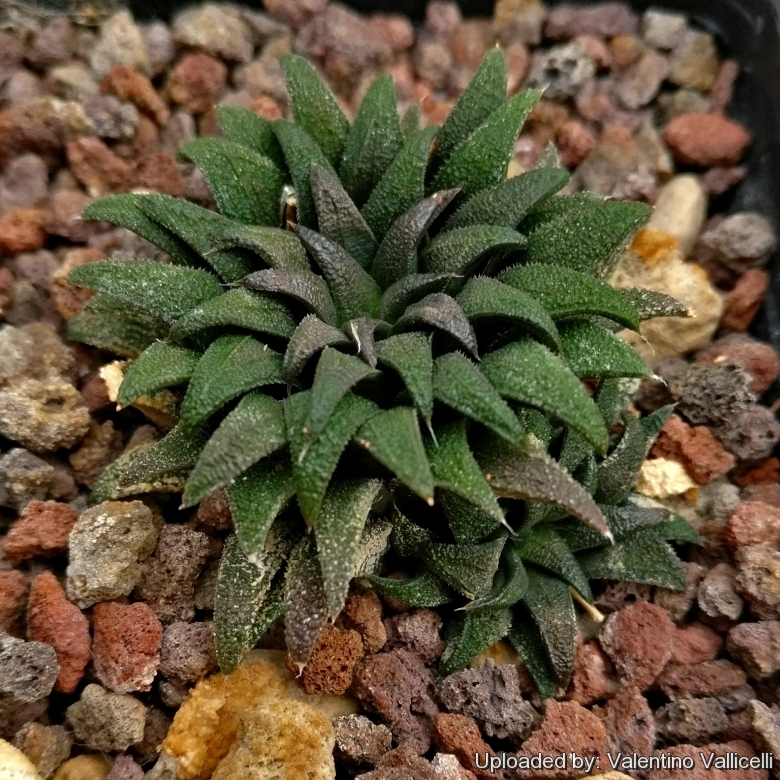 Origin and Habitat: Cape province (RSA), endemic to the area between Mossel Bay and the Great Brak River. (known localities: Dumbie Dykes, Great Brak, Botteliersberg, Little Brak, Rooiheuwel). Haworthia parksiana is possibly the rarest haworthis species and occurs only in very small numbers in the wild.
Habitat: It grows not far from the coast, embedded in the ground completely under the protection of bushes, very well hidden under the fallen leafs or among lichen and moss. It receives some rain throughout the year, but the climate is particular dry. In the Greatbrak River it grows on the Northern and Western slopes of the hill in association with Haworthia pygmaea, Haworthia kingiana, Haworthia chloracantha var. denticulifera and Haworthia chloracantha var. subglauca. Unfortunately its locality has been taken over by town development. It would present an excellent case for re-introduction of specimens of known origin into the wild in the Great Brak-Little Brak area, or even a small reserve of its own.

Description: Haworthia parksiana is a very small species that will form clusters or mounds with triangular, recurved leaves. Slow growing. When grown in full sun the leaves can get very dark. Many superlatives can be applied to this species: the smallest, the darkest (almost black), the rarest of the genus. The neat tiny rosette consists of a perfect circle of sharply recurved pointed leaves, a cryptic species in the veld. It is related with Haworthia floribunda, although these two species are separated by the Gouritz River Valley.
Rosettes: Acaulescent (stemless), proliferous, compact that lie flat and open, only 1-2(-4) cm in diameter and barely 10 mm high !
Leaves: Numerous (25-35), triangular sublanceolate, 1-2(-3) cm long blackish-green, sharply recurved, rough, minutely tubercled. Tip barely pointed.
Inflorescence: Slender to 20(-25) cm tall.
Flowers: Few, narrow, whitish with dull green veins.
Derivation of specific name: H. parksiana was named under somewhat mistaken circumstances and the word "Parks" was wrongly thought to be the name of a person. Mr. L.R.Long, who at the time was superintendent of parks for the city of port Elizabeth and was very interested in Haworthias, used the prefix "Parks" to his numbers of those Haworthias which were being grown in one of the city parks. When this Haworthia was sent to Dr. von Poellnitz (who described it), it bore the notation "Parks 636/32" and for some unexplained reason it was named in honour of non-existent Mrs. Parks. 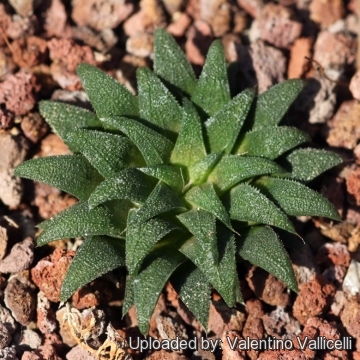 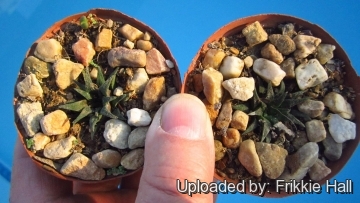 Haworthia parksiana. The smallest of the Haworthias. Photo by: Frikkie Hall 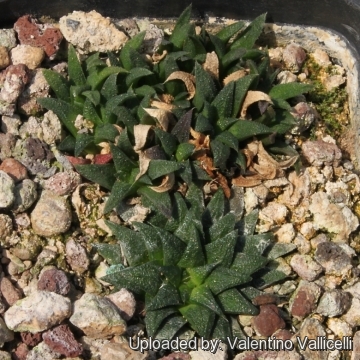 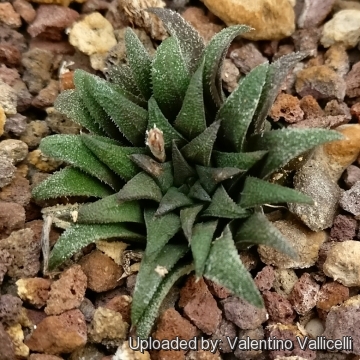 Cultivation and Propagation: Haworthia parksiana is a slowly growing and relatively difficult species to grow well, and at only 2,5 cm or so when fully grown, but in a few years it will form small cluster.
Propagation: It can be propagated by offsets.