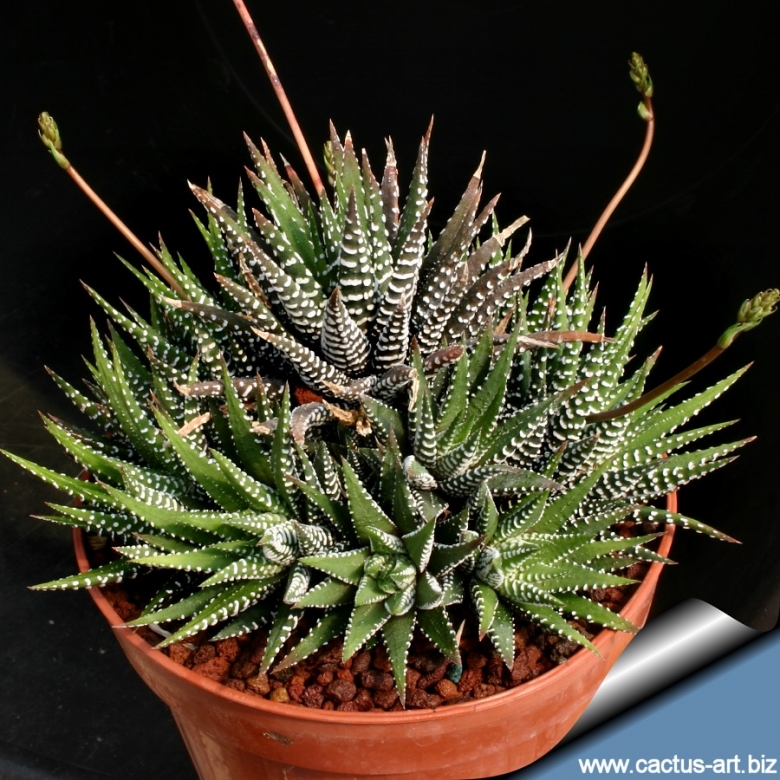 Haworthia attenuata Photo by: Cactus Art
This is a striking plant with pointed leaves banded with white transversal stripes and spots that forms fast beautiful clusters. It is highly variable and offsets profusely with several forms, variety and cultivars. 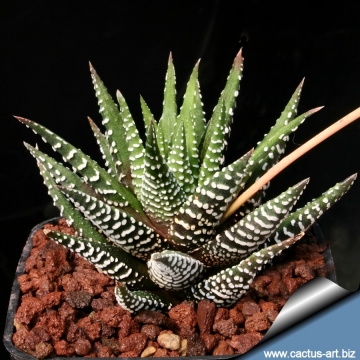 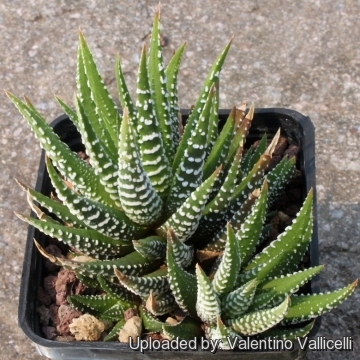