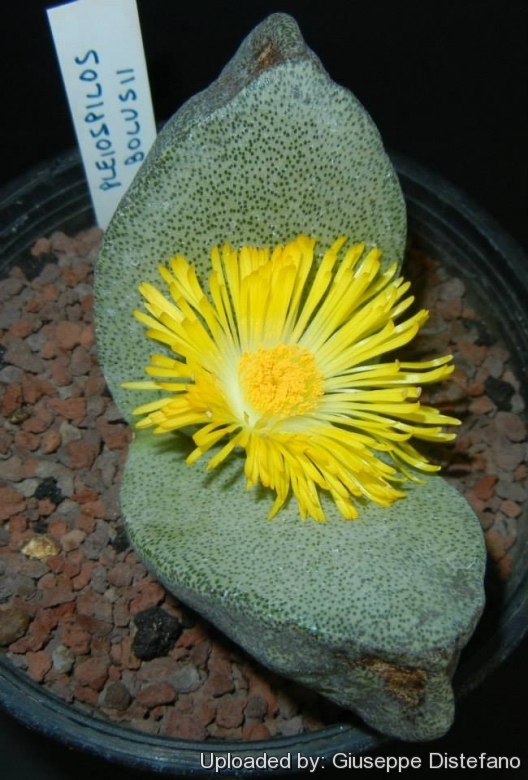 Description: Pleiospilos bolusii is a small unbranched or only slightly branched, stemless perennial succulent growing to 8 cm tall by 15 cm wide. It produces showy daisy-like yellow flowers that are large in relation to the overall size of the plan. The vegetative body is reduced to two or four rock-like leaves that closely resemble pieces of granite, practically indistinguishable from the surrounding pebbles, serving both as a water-conserving adaptation and as a protective camouflage against animal predation.
Leaves: Two or four, opposite, dull green to grey-green in colour, rough, quite thick, fused at the base, almost triangular with a flat upper surface. Margins entire. The leaves are longer and more angular than those of the closely related Pleiospilos nelii, but in both cases the shape and texture of the leaves resemble a pile of split pebbles. The surface is speckled with small dark dots or micro-windows (idioblasts) that allows the light to penetrate deep into the assimilatory tissue.
Flowers: 1-3 produced between the two large succulent leaves, 6–8 cm in diameter, yellow, many-petaled often coconut-scented.
Blooming season: The flowering period extends from August to September. 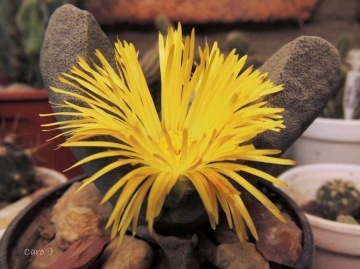 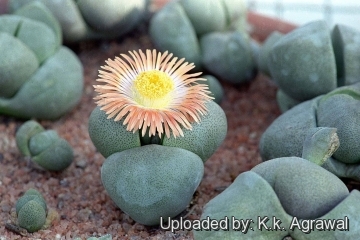 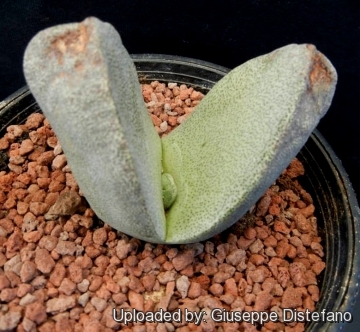 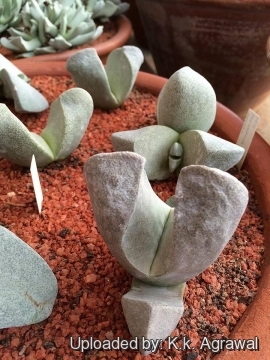