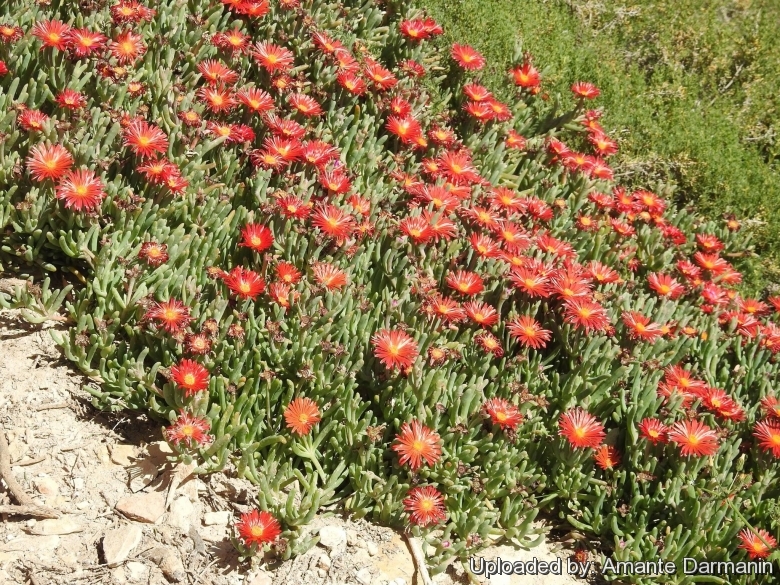 Origin and Habitat: Malephora crocea is naturally found at an altitude of 1100-1600 meters in the Karoo Desert, in South Africa and Namiba, where it is endemic, but perfectly adapts to warm, dry and frost-free areas around the world such as: Australia, S.W. USA (California, Arizona), Northern Mexico, Spain, Mexico, Malta, even coastal, becoming naturalized or invasive in Mediterranean climates. It is also grown in many other places as an ornamental plant and a groundcover.
Altitude range: 0-1600 metres above sea level.
Habitat and ecology: Malephora crocea settles quickly in deeper grounds after rain and along newly tarred roads, where a higher run-off occurs in comparison to the neighbouring areas. It is appreciate as an ornamental all over the world in suitable climates, and it cannot be excluded that some of the populations found in the wild have escaped from gardens, most probably in the form of seeds which remain viable for many years. M. crocea tolerates alkaline conditions well and withstands salt spray. M. crocea is of particular interest due to its prevalence around salt marshes, margins of wetland and similarities to both of the genera Carpobrotus and Mesembryanthemum. In California and Baja California this is an introduced species and often a noxious weed in coastal areas. This species is particularly aggressive. Dead or woody stems form a dense layer on the ground that hinders the growth of competing herbs and on which the plant is perched, thus reaching even 20 or 30 cm in height despite being crawling. Pollination is done by flies, bees, wasps and other insects attracted by the nectar that the flower produces. 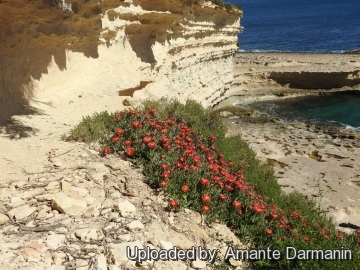 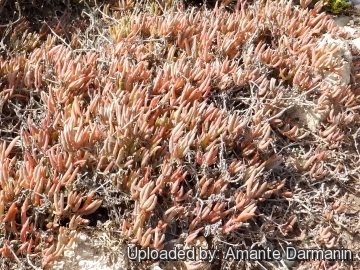 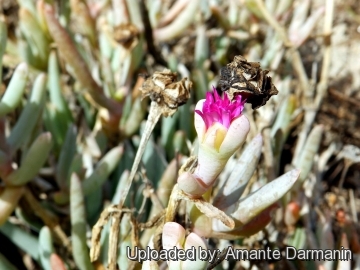 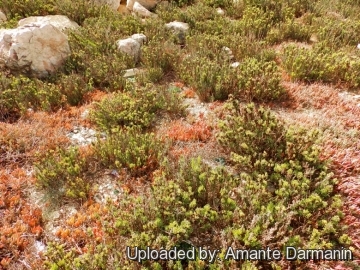 Cultivation and Propagation: Malephora crocea is a common ground cover plant ideal for large sunny areas which blooms the year round It is cultivated along freeways, and to control erosion in beaches and bluffs. In Arizona it is utilized in landscaping for its low water needs and tolerance of sun. It has been recommended as a groundcover in areas prone to wildfire in southern California due to its low flammability (Due to its water content). It is also well adapted to grow in containers, rock gardens and windy places.
Growth rate: It is fast-growing, quickly covers large areas (several square meters per plant)
Soil: It thrives in loose, sandy soil, even poor, but well drained.
Water: Watering must be avoided and watered when the soil is completely dry
Exposure: Full sun, growing and blossoming more in the warmer and sunny months.
Hardiness: If dry it easily survives temperatures up to -6.6 degrees C.
Propagation: It reproduces with great ease by cuttings, and can combine plants of different flower colours to achieve beautiful effects.