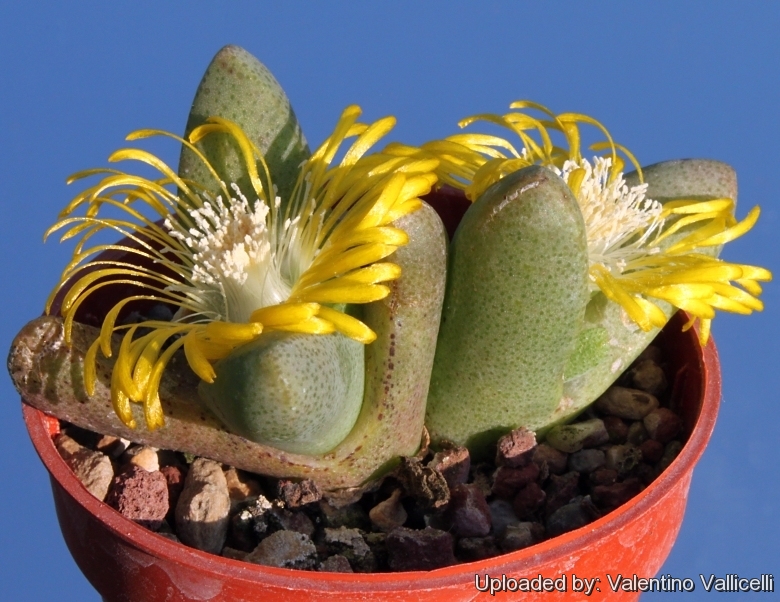 Description: Tanquana archeri is a dwarf plant much like a Pleiospilos. In its native habitat it is usually single-bodied but often forms a small cluster of 2-3 heads in cultivation.
Body (Paired leaves): Leaves 2.5 cm long and 2 cm wide at base opposite-spreading, greenish brown or reddish with small translucent dots, smooth soft to the touch, oval in shape, with flat upper surfaces, rounded lower surfaces, never keeled and blunt, roundish tips.
Flowers: Solitary, diurnal, Yellow.

Notes: Tanquana is a relatively newly erected genus of 3 or 4 species formerly included in Pleiospilos. Although the two genera look similar and both come from the Western Cape of South Africa, there are some reason to keep separate the two genus: keels are present on Pleiospilos leaves but not on Tanquana, and capsules are quite different. 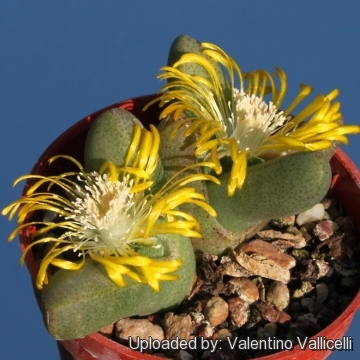 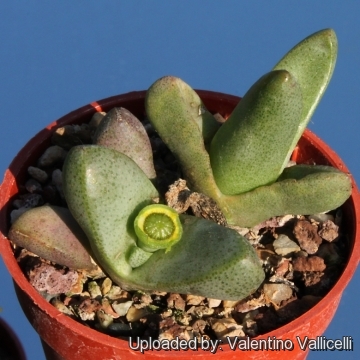 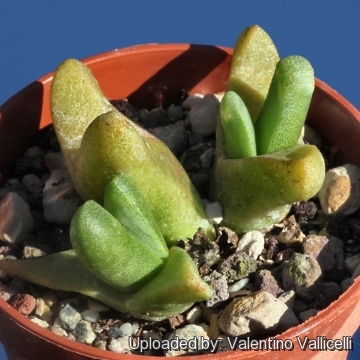 Cultivation and Propagation: It is not too difficult to grow, although may not be easy for the beginners, it grows from September to March (in the northern hemisphere) and prefers a well-drained, mineral-rich soil.
Water sparingly, especially during winter when the new leaves absorb moisture from the ageing ones, and also in summer when the plants become dormant. It enjoy some shade (avoid direct sun as it grows wild among rocks) and in summer it need to be kept in a cool area. Outside the plant need to be kept sheltered from rain. Leaf scars or cracks may be a form of overwatering called "being left out in the rain"
Ensure a very good ventilation. Avoid to repot frequently. This plant may stay in the same pot for many years.
Reproduction: Seed. Sow the small seeds on the surface of a Well drained seed sowing mix at about 22°C.Tanquana seeds will usually germinate in 30-90 days, even under good conditions germination may be erratic. Normally will only germinate with light, the germination of this species is improved by "Smoke". "Smoke" contains a butenolide compound produced by certain plants when heated, it speeds up or starts the germination of seeds from many different genera.