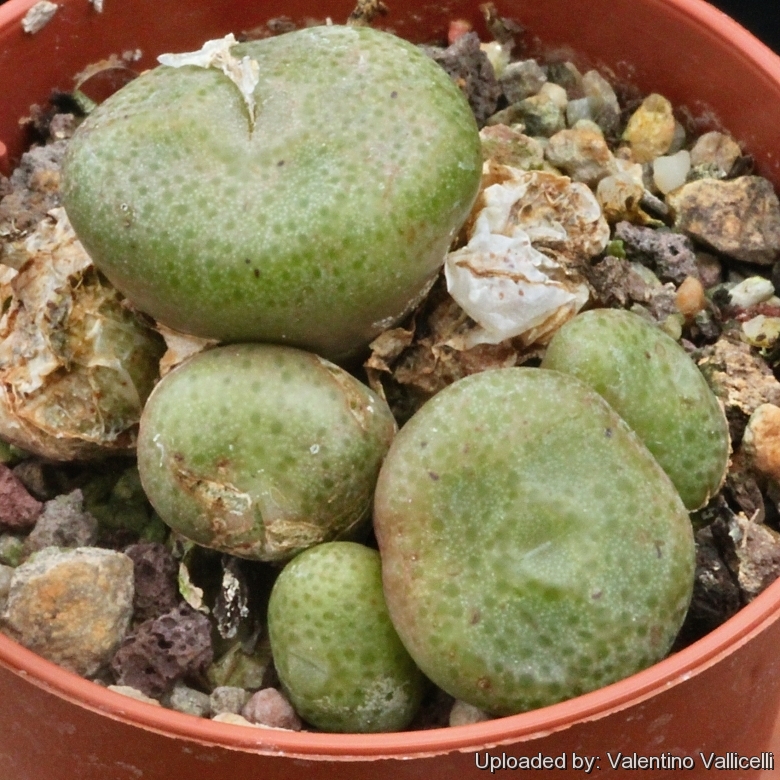 Description: It is a dwarf, rock-like, perennial succulent forming colonies and producing an abundance of flowers every year during the latter part of the summer. It is quite variable with several intergrading form.
Stem: Stem-less (internodes invisible) or very short and forming rhizomatous branches at soil level.
Bodies (paired Leaves): Usually less than 20 mm in diameter, pebbles-rounded and more or less keeled or flattened, fleshy with raised, dark-greeen or carmine points often converging to form a line along the margins, presenting a central fissure from which, at the beginning of growing season, sprout the flower and where there appear even the new couple of leaves.
Flowers: Diurnal, purple or yellow.
Blooming season: September-November. They are short-day plants (flower only when day length is less than 12 hours.)

Subspecies, varieties, forms and cultivars of plants belonging to the Conophytum taylorianum group 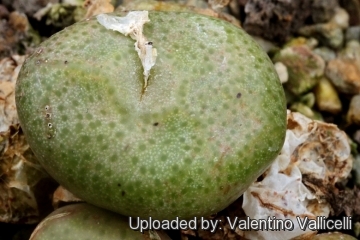 Cultivation and Propagation: It is easy to grow. They require little water; otherwise its epidermis breaks (resulting in unsightly scars). Water minimally in summer, (only when the plant starts shrivelling), but it will generally grow even in summer if given water. Water regularly in winter after the previous year's leaves have dried up. Requires good drainage. Keep cool and shaded in summer, it needs full sun or light shade. Hardy to -2°C. Ensure a very good ventilation. Avoid to repot frequently. This plant may stay in the same pot for many years.
Propagation: It can be reproduced both by cuttings and seeds. Take the cutting from a grown-up mother plant. Each cutting must contain one or more heads along with a fraction of root.