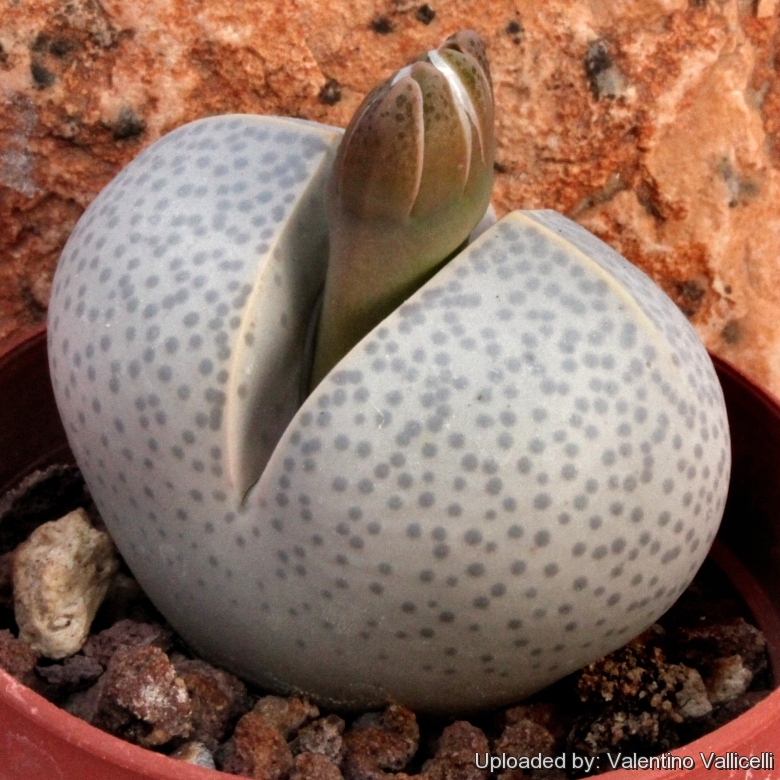 Dinteranthus wilmotianus Photo by: Valentino Vallicelli
CM57 Cape Province, South Africa. It is a mimicry succulent plant that thrive in dry and desert regions of South Africa, it has reduced leaves which look like, both in colour, texture and shape, the grey stones and pebbles found in their natural homes.

Description: Dinteranthus wilmotianus are mimicry succulent plant with reduced leaves which look like, both in colour, texture and shape, the grey stones and pebbles found in their natural homes. Their very particular structure and colours have developed in order to allow them to live in the harsh conditions of their natural environment. It is usually solitary or few branched, with 3-5 branches each with a single leaf-pair in the resting state.
Bodies (paired leaves): Blue-grey or grey-green with darkblue-green dots, 5-6 cm long, rounded with distinct horny keels. The upper part of the couple of leaves are divided by a deep, but narrow, cleft and united for half their length.
Flowers: Solitary, yellow, filaments basally white erect, staminodes absent,
Fruits: The fruit is a 6-10 locular capsule with broadly winged valves.

Notes: The strange appearance of Dinteranthus have made them very popular in succulent collections. They are similar in habit to Lithops but grows above ground (only Dintheranthus vanzily is partly subterranean like Lithops with the top of each leaf tip exposed above soil). They are also called mimicry plants as they show a striking similarity to their background rocks and are difficult to detect when not in flower. The Dinteranthus have a pebbly look and are commonly known as pebble plants or living stones; each species is associated with one particular type of rock formation and occurs nowhere else. This camouflage also reduces the need for chemical defences against herbivores. 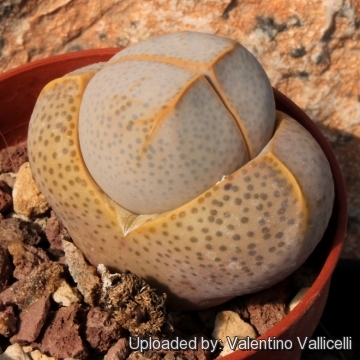 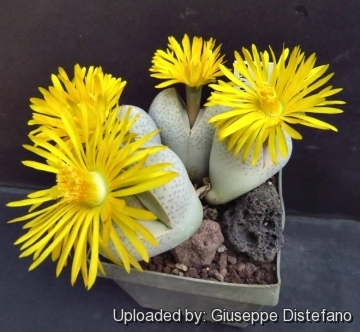 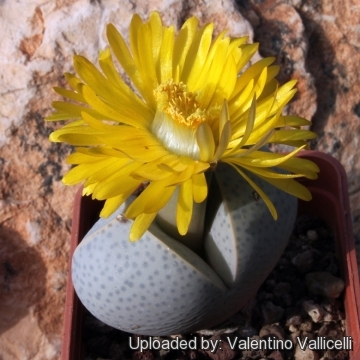 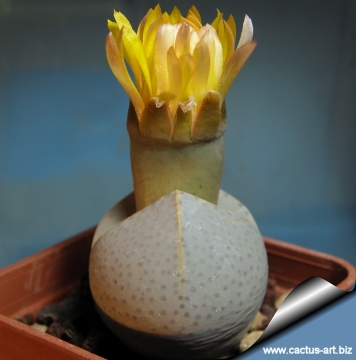 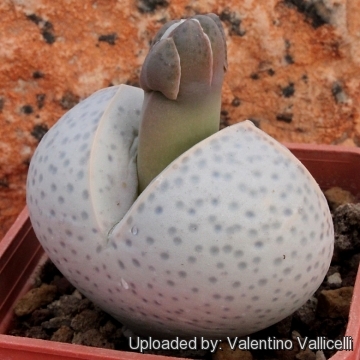 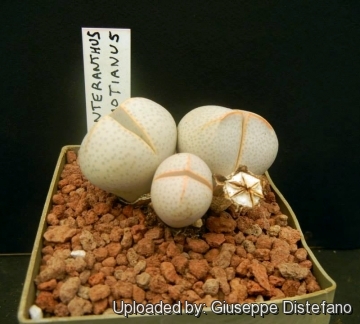 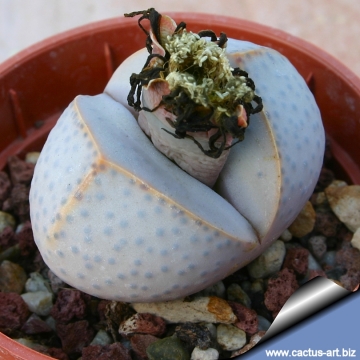 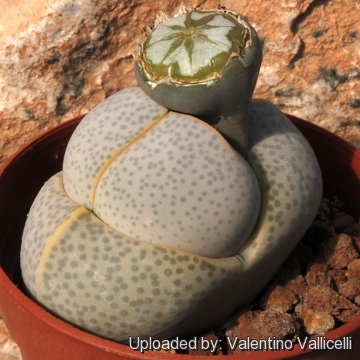