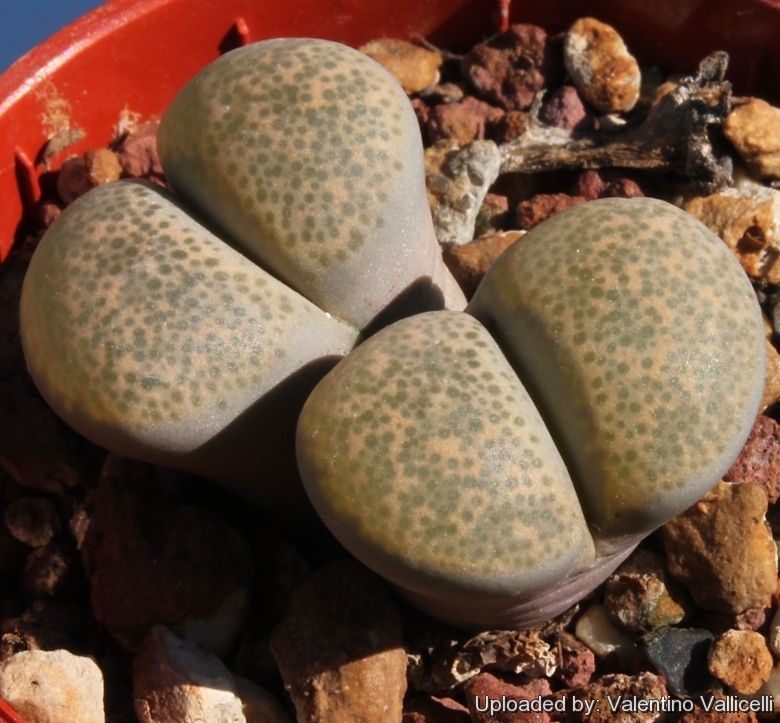 Origin and Habitat: 95 km North-West of Port Elizabeth, South Africa.
Habitat: It is found under small shrubs ans stones on gravelly plains and flats.
This species is very difficult to find in the field, especially when slightly covered with fine somewhat reddish sand or dirt. The colour of the dirt approximates that of the upper surface of the lobes, and these are practically level with the soil. This way Lithops localis resist attacks from herbivorous predators, and is almost impossible to distinguish from their surroundings until they erupt into vivid daisy-like yellow flowers. They are pollinated by bees, flies, wasps, gnats, bugs and other insects that are common in the area.

Description: Lithops localis (syn: Lithops peersii) belongs to the group of the yellow- blooming living stones and is distinguished especially by the pellucid dots regularly scattered over the top surface of the leaves and with a small window. The patterns of colour and dots on the face is more or less regular within certain ranges of similarity. For this species, the numerous dots (small windows) are very specific ranging in colour from dark grey through browns to purple. It is generally smaller than most Lithops and conforms to the typical Lithops morphology: two thick, fleshy windowed leaves separated by a crack from which a yellow flower appears. The windowed part allows light into the inner
Desmond Cole field number C253: This population distinguishes for having many transparent dots. 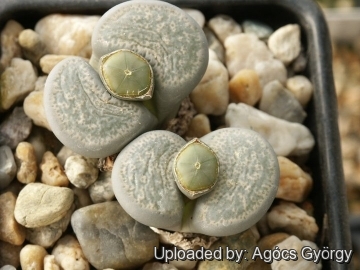