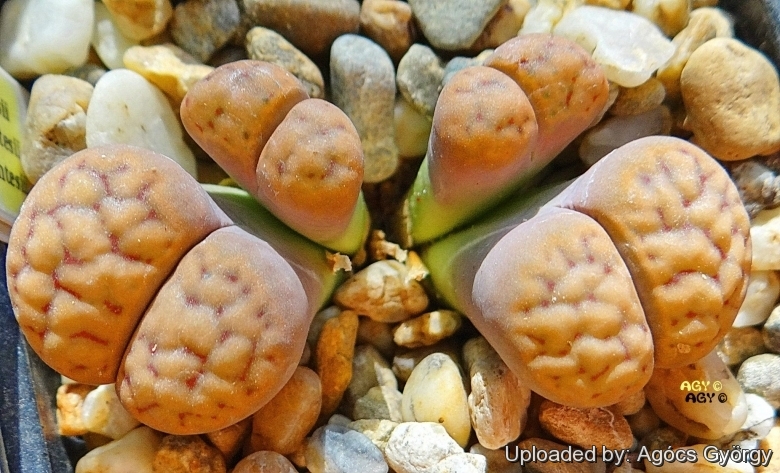 Description: Lithops schwantesii is a tiny caespitose succulent that grows almost completely buried in the soil with only the upper truncated portion of leaves visible. Bodies usually forming small groups with 1-3 heads, but occasionally with more than 15 heads, up to 4 cm high. It is very variable, but conforms to the typical Lithops morphology: two thick, fleshy windowed leaves separated by a crack from which a yellow flower appears. The windowed part allows light into the inner portion of the leaf where the process of photosynthesis is carried out. As with many other species, several varieties have been described based on the variation of the colour of the tops of the leaves.
Desmond Cole field number C079: This population distinguishes for having orange grey, stonelike bodies.

Subspecies, varieties, forms and cultivars of plants belonging to the Lithops schwantesii group 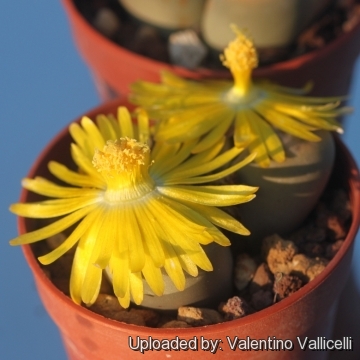 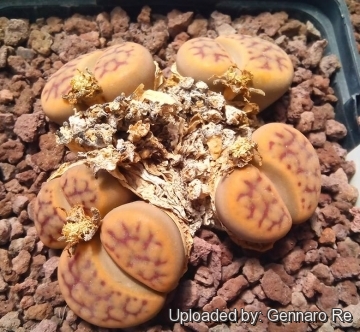 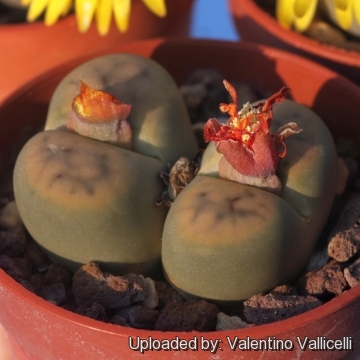