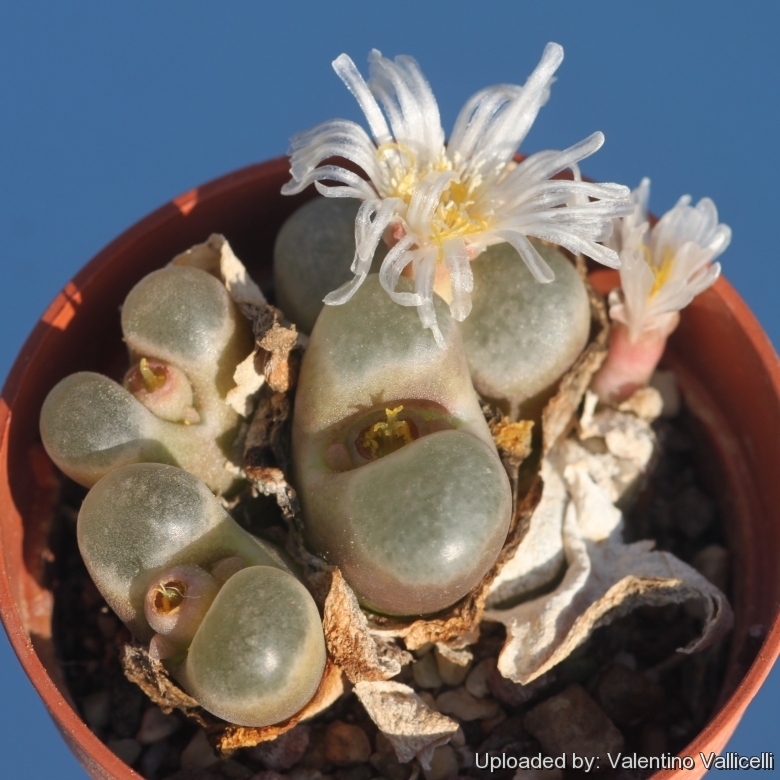 Description: Ophthalmophyllum australe (syn: Conophytum caroli) is a small solitary or sparsely branched succulent that forms tiny mounds of radically unequal bodies.
Body (paired leaves): Leaves up to 30 mm long, 15 mm in diameter, soft to the touch, pulpy, brownish-green, paler towards the margins, half-fused, apex convex to truncate yellowish-green to brown, very finely papillate (sometimes slightly warty), squarish from above, windowed translucent and shining at the apex, fissure zone broad. In spring the colour of the old leaves fades, and they shrivel to a thin dry sheath that protects next season's growth during the summer resting phase.
Flower: Narrow, occasionally paired, petals white, pink or tan pink
Fruit: The fruit is a 6-locular capsule.
Remarks: Ophthalmophyllum australe is a common name used in cultivation for Conophytum caroli Lavis, but they are indubitably the same thing.

Subspecies, varieties, forms and cultivars of plants belonging to the Conophytum caroli group 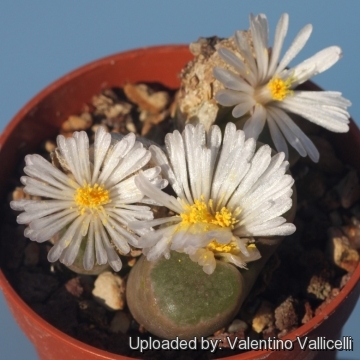 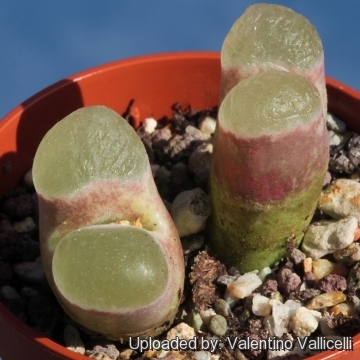 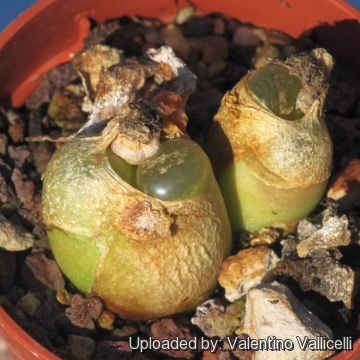 Ophthalmophyllum australe Photo by: Valentino Vallicelli
Send a photo of this plant.