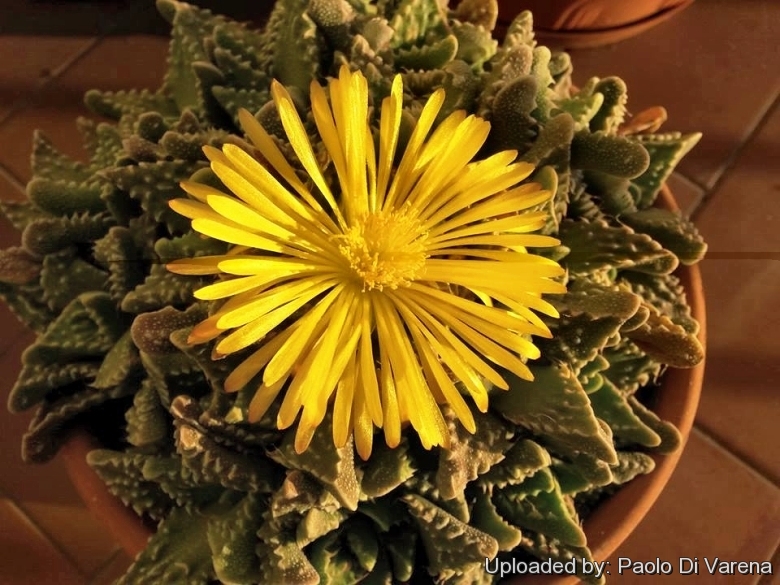 Faucaria felina subs. tuberculosa Photo by: Paolo Di Varena
This is a very handsome plant with large tubercles or warts on upper leaf surface and soft white teeth along the edges.

Description: Faucaria tuberculosa is a low growing clump-forming, perennial succulent, it is one of the easiest species to identify, since it is the only one with white tubercles on the top of the leaves.
Leaves: In opposite pairs, all pairs growing at right angles to the next adjacent, usually with 2 to 4 pairs to a branch, they are up to 2,5 cm long, by 2 cm wide, dark green thick ovate-triangular in the top view, scattered in white rough tubercles over the upper surface and edged with soft white structures that look like teeth.
Flowers: Large, daisy-like, yellow (sometime red tipped), 4 cm in diameter and may have up to 200 petals. They need full sun to open fully and often don't open at all if the weather is cloudy, or if they are in the shade.
Blooming time: Flowers will usually come out in the autumn (October or November) and bloom for several months (also in winter and spring if the growing conditions are adequate). The flowers open around midday and close in the late afternoon.
Fruits: The fruit is a short, bell-shaped, compartmented (loculicidal), valve-closed capsule, about 10mm in diameter, which opens and closes with changes in the moisture content of the air (hygrochastic) to allow release of the numerous seeds. Note, however, that compartmentation allows a few seeds to remain each time seeds are allowed to escape. This arrangement is a very beneficial one, in a harsh habitat, for it allows something like periodical release of seed during wet times and protection of reserves during dry seasons. As well, reserves are kept available to replace earlier releases which may not survive their vulnerable, early germination period.

Subspecies, varieties, forms and cultivars of plants belonging to the Faucaria felina group

Notes: Faucaria felina is a very variable taxon that now comprises many Faucaria’s form previously considered independent the species, and the very large majority of the Faucaria sp.p. sold in numerous nursery must be considered just Faucaria tigrina. The plant in cultivation and labeled Faucaria tuberculosaare frequently hybrids. This is not surprising in view of its close similarity the Faucaria felina with which it shares the habitat and with which naturally interbreed (in natural habitats too!). Cultivated plants shows a wide morphologic variability especially regarding the density of the white tubercles on the upper surface of the leaves. Some plant have an almost smooth leaf surface (and are not distinguishable from Faucaria felina) while on the other hands some other are very densely covered by rough and irregular tubercles. 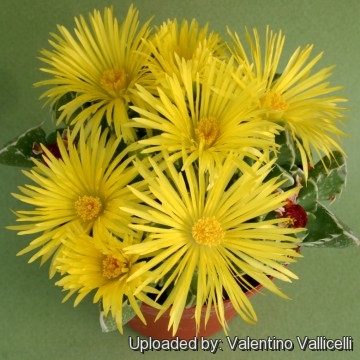 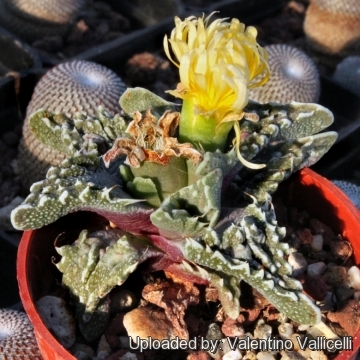 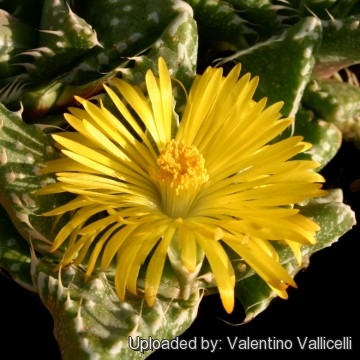 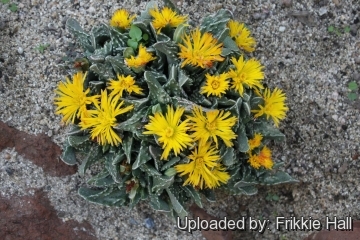 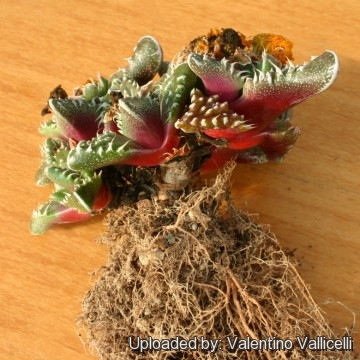 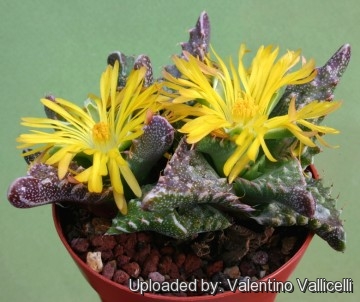 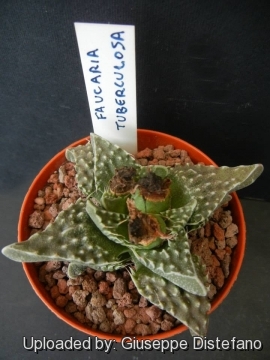 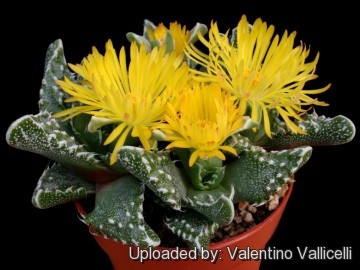 Cultivation and Propagation: Faucarias are the good choice for anyone wanting to start growing succulents. They are quite hardy and can take a short period of light frost and in very dry warm regions these succulents make very impressive out door ground covers. As house plants they tend to grow in fair weather and rest when temperatures are too hot or too cool.
Exposition: They need full sun to light shade , it should be protected from too much exposure in Summer. They do not do well in full shade as they tend to etiolate, fall over and rot easily.
Soil: It likes a well-drained soil mix, but can tolerate a wide variety of soil types and growing locations as long as there is plenty of sun.
Fertilization: The plants are fertilized only once during the growing season with a balanced fertilizer diluted to ½ the recommended strength.
Watering: This species is native to a primarily summer rainfall area but in cultivation the plant can be watered year-round. The plants are well watered during the growing season and allowed to dry thoroughly before watering again and will tolerate some over watering, but the challenge is to help them keep their compact form and prevent elongation of the stem. During the winter months, the plants should be kept quite dry, only watering enough to keep the leaves from shrivelling.
Pest & diseases: Faucarias are sensitive to mealybugs.
Rot: Rot is only a minor problem with Faucaria if the plants are watered and “aired” correctly. If they are not, fungicides won't help all that much. Care must be given in watering, keeping them warm and wet while growing, and cooler and dry when dormant.
Hardiness: Although the plants will survive mild frost if kept dry (hardy as low as -5° C) they should be protected from frost to prevent scarring. USDA 9b-12
Propagation: Faucaria is very easy to start from seed. Seeds germinate in 7-14 days at 21°C. Although they will start from cuttings, it is quite difficult to get them to root. If they start to rot there is usually part of the plant that can be removed and possibly rooted.