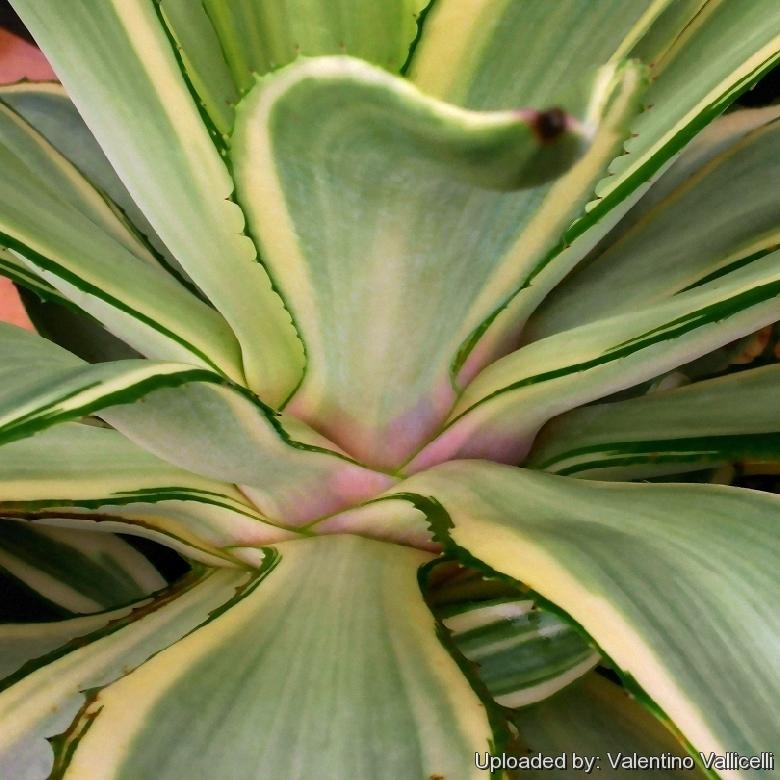 Agave desmetiana ''Joe Hoak''
this is is one of the prettiest Agave and is much nicer than the photo can show. Very desirable because of the beautifully variegated foliage in soft yellows, cream and green. Large plants are extremely ornamental.

Origin and Habitat: The 'Joe Hoak' is a nursery produced cultivar, the standard A. Desmetiana is found in cultivation only, its ancestors maybe from Sinaloa (Mexico), maybe from Cuba

Description: Agave desmetiana (a.k.a. Smooth agave) is a suckering succulent that forms an upright urn-shaped rosette up to 60 cm tall by 90 cm wide. It is quick growing and often produces many offsets.
Leaves: Graceful up to 50 cm long, soft, almost rubbery which curve upward and then out, the leaves of the cv. 'Joe Hoak' are striated with pale grey-green and cream and have a strong green margin on the lower half of the leaf. The small well spaced marginal spines are pliant and for the most part no dangerous (but the 1,5 cm terminal spines can be quite stinging), they are reddish brown.
Flowers: Pale yellow flowers, organized in a 2,5 to 3 tall panicle. They come generally on plants older than 8 years.

Subspecies, varieties, forms and cultivars of plants belonging to the Agave desmetiana group

Notes: The origins of this plant is uncertain. It is supposed that it came from Joe Hoak of Hoak's Nursery in Miami, Florida. It is sometimes listed as Agave meridensis variegata 'Joe Hoak' or A. mendensis (perhaps referring to the city of Merida on the Yucatan Peninsula).
The graceful curve to the leaf has led some to believe that this plant is a hybrid or sport of Agave desmetiana ( it looks very similar to shape and grows similar, suckering closely just like A desmettiana) .. but the leaf quality and colour is different. 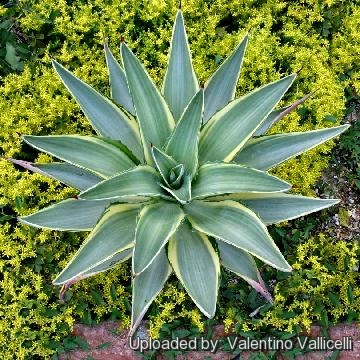 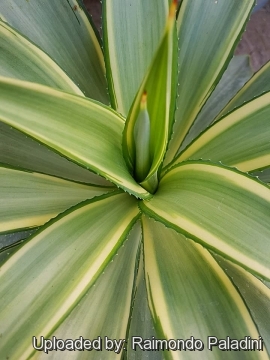 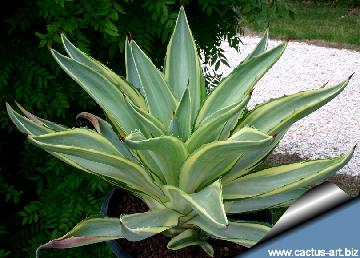 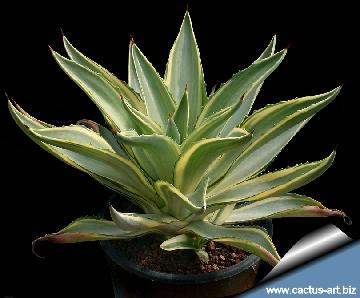 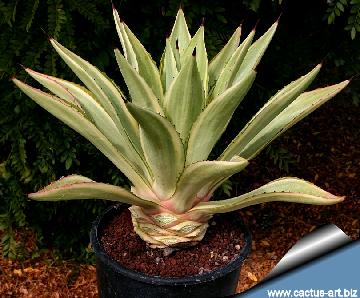 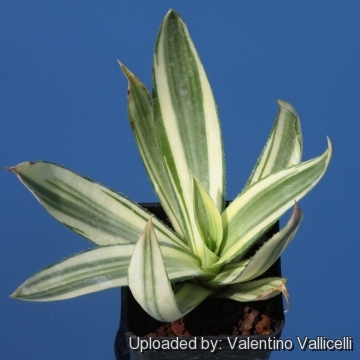 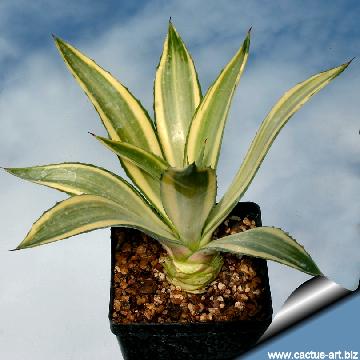 Cultivation and Propagation: Agave ''JOE HOAK'' is a relatively easy-to-grow species. Seems pretty wimpy in hot, blazing sun, but does great in partial sun to shade. It is relatively cold sensitive for an Agave, Just a light freeze (-2Â° C) for an extended period can burn some leaves (but can survive to at least â€“ 6Â°, particularly when dry, even though portion of a mature plant can â€˜meltâ€™)... but it's too beautiful to risk not covering it on cold nights.
Need a very well-drained, soil. It grows fairly fast in summer if provided with copious water but allows to dry thoroughly before watering again (the more water and fertilizer this plant gets the faster it will grow). During the winter months, one should only water enough to keep the leaves from shrivelling.
It does great in containers or in the ground. Plants cultivated outdoors are more drought tolerant and can take some heat and full sun. Winter storms and rain can damage the outdoor plants (A physiological condition called edema or oedema)
Remove suckers to show of the beauty and form of the individual rosette.

Propagation: Exclusively by suckers which often are found growing around the base of the plant, Remove the basal suckers (if available) in spring or summer and let the cuttings dry for a few days before inserting in compost. It may also propagate by bulbils found on the floral stalk.