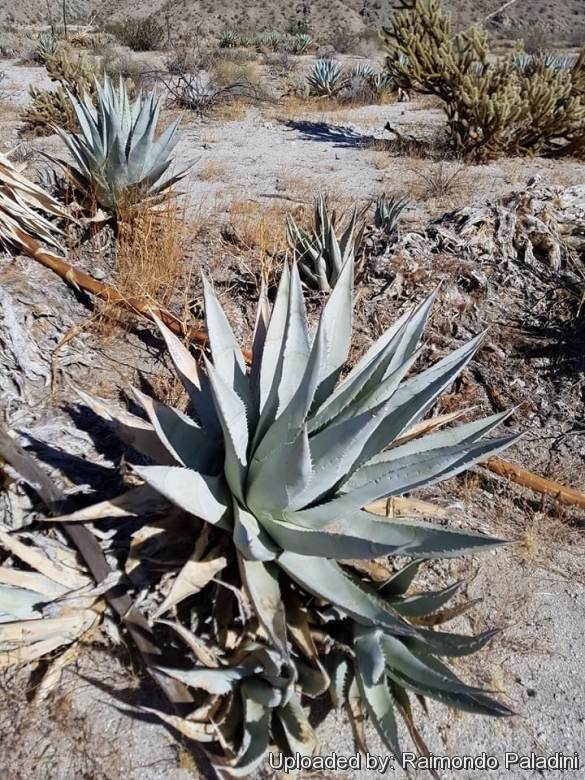 Origin and Habitat: This species covers a broad geographic area in Southern California and northern Baja California, Mexico (Lower Colorado River Valley subdivision of the Sonoran Desert) and barely into Arizona Upland and the Mohave Desert.
Altitude: 90 and 1620 m in elevation.
Type Locality: Rancho San Felipe, San Diego County, California.
Habitat: This is one of the most desert-adapted agaves, that strives even in the hottest, most arid portion of the desert, on sandy flats and rocky or gravelly slopes and washes.

Subspecies, varieties, forms and cultivars of plants belonging to the Agave deserti group

Notes: Agave deserti is monocarpic, producing a massive terminal inflorescence that consumes the food reserves and results in the death of the long-lived leaf rosette. In the wild individual rosettes grow vegetatively for an average of 50-60 years prior to the single flowering event. As spent rosettes of wild plants die and decompose, new ones replace them on the outer margin, eventually forming ring-shaped colonies. Rings 6 m in diameter in California's Anza-Borrego Desert State Park may be more than a millennium old. Despite extremely high investment in sexual reproduction and high seed production in good years, seedlings become established infrequently under field conditions and most of the new rosettes of Agave deserti formed in the field are ramets attached to parent plants. 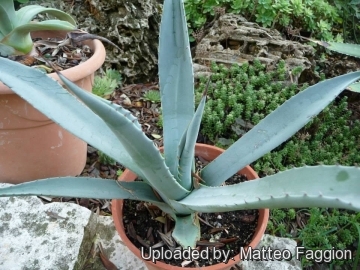 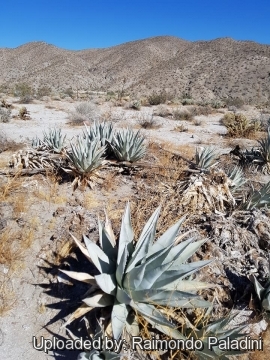 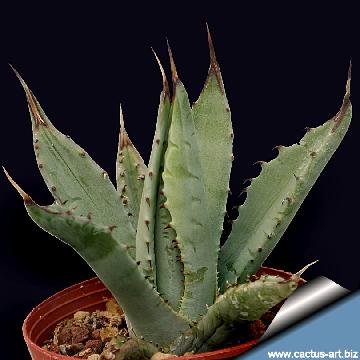 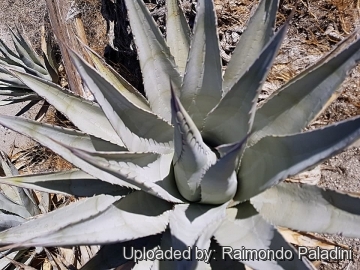 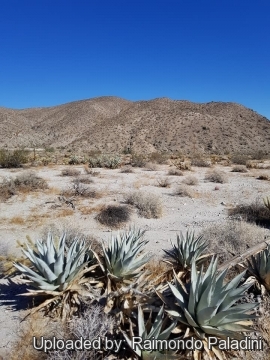 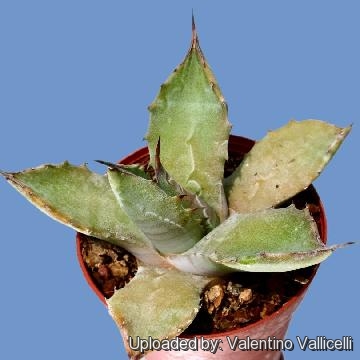 Agave deserti (Desert Agave). This is is one of the most drought-tolerant agaves. Photo by: Valentino Vallicelli
Send a photo of this plant.

Cultivation and Propagation: Agave deserti is an easy-to-grow species though relatively slow growing.
Growing rate: Agave deserti is a very slow-growing species; even in cultivation with generous irrigation it takes at least 20 years to flower.
Soil: It needs a very well-drained, soil.
Repotting: Use pot with good drainage.
Watering: Water regularly during the growing season from spring to autumn. In winter watering this plant can be done once every 1-2 months, there is no need to mist the leaves. Plants cultivated outdoors are drought tolerant and takes blasting heat and full sun.
Exposure: It do well in full sun or a lightly shaded area.
Feeding: During the beautiful season it’s good to enrich the soil using a fertilizer rich in potassium and phosphorous, but poor in nitrogen, because this chemical element doesn’t help the development of succulent plants, making them too soft and full of water.
Hardiness: Acclimated seddlings can tolerate temperatures as low as -7° C and mature plants will withstand temperatures as low as – 15° C, particularly when dry but in cultivation it is best to avoid severe freezing temperatures.
Heat Tolerance: Excellent
Uses: Because of their symmetrical form these plants are very attractive when grown in pots, containers, rockeries and embankments. They are quite versatile. Plants can be grouped together or planted among boulders in a rock or cactus garden.
Traditional uses: Agave deserti is one of the more edible agaves used extensively by the desert dwelling Indians. Young flower stalks, buds, and hearts of plants were roasted and eaten. Food thus obtained often became a dietary staple, even into drought years. Alcoholic drinks were also manufactured from the sweet juices of this and other agaves. The fibres of this plant was also used to make cloth, bowstrings, and ropes.
Propagation: Relatively easy to propagate by seeds or by suckers (if available). Sow at any time of year in a well-aerated compost at a temperatures of 22-24°C . Stand the pots in water, moisten thoroughly and drain. Scatter and press lightly the seed onto the top of the compost. But do not cover the small seeds with compost. Secure a polythene bag around the pot or cover the container with glass or and place in a warm shaded place. If possible, germinate in a propagator. Some seedlings may appear within a week or 10 days others will take longer. At lower temperatures, germination usually takes considerably longer. Once germination has taken place, remove gradually the glass or plastic and move into a good light but not in direct sun. If the young plants are exposed to too much sun, or the compost dries out, they may stop growing and often turn red; once they stop, it is often difficult to persuade them to start growing again. Never let the pots dry out-but don't saturate them either. A sodden compost is as harmful as a dry one.
Remove the basal suckers in spring or summer and let the cuttings dry for a few days before inserting in compost.