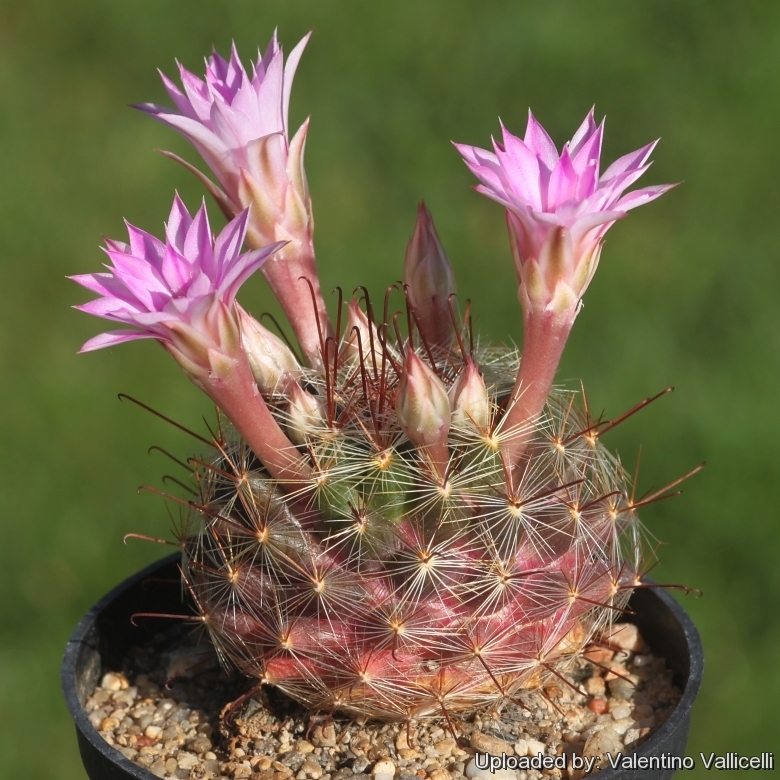 Description: Usually solitary, sometimes clustering. It is one of the most attractive members of the genus. It is a relatively small plant with large blooms often as large as the plant itself
Stems: Globular to slightly elongated, fresh green to dark green, about 3-6 cm tall and 5-9 cm in diameter.
Tubercles: Cylyndrical 5-10 mm long in 5 and 8 spirals, dark green, somewhat paler near the bases, cylindric, terete, with watery sap and axils almost bare or slightly felted.
Areoles: Oval, with a little white felt becoming naked as they ages.
Central spines: 4 yellowish-white, to dull-red of which the lower one hooked up to 30 mm long and the upper 3 straight 10-13 mm long.
Radial spines: About 30 white or yellowish; ovary sunken in stem.
Flowers: Unusually large for a Mammillaria, bell-shaped to funnelform, approximately 25-40 mm long, 20-30(-40) mm in diameter, tepals purplish-pink to rose with darker mid-veins.
Fruit: Criptocarpic (remaining sunken into the body) small.
Seeds: Black.

Subspecies, varieties, forms and cultivars of plants belonging to the Mammillaria longiflora group 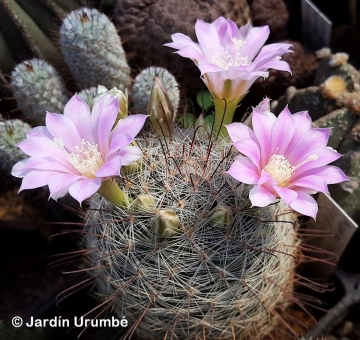 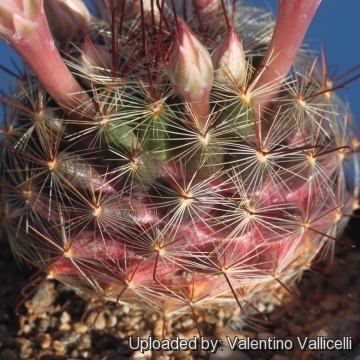 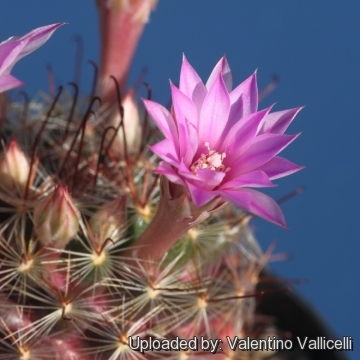 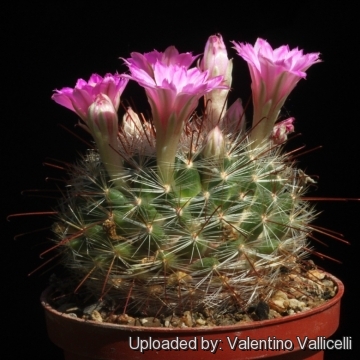 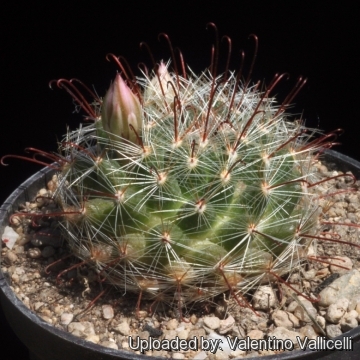 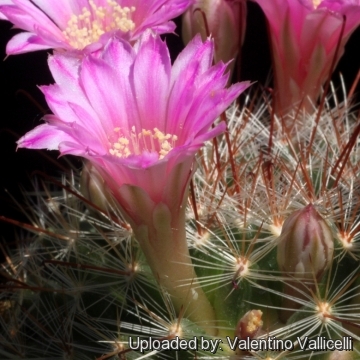 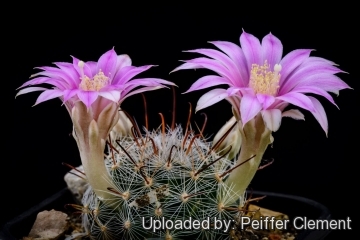 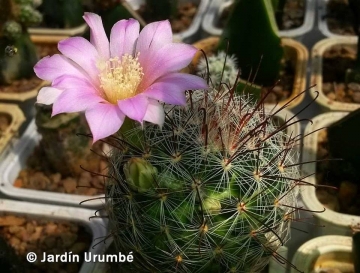 Cultivation and Propagation: It is one of the more difficult species to grow long enough to produce clumps, but if grown correctly, it will reward the grower with generous displays of purple flowers; plants should be allowed to become crowded in their pot. Keep in shallow and smaller pot than normal. Must have very well draining potting soil.
Watering Needs: Need regular water but do not water again until dry as it is specially sensitive to over watering. Also, it is a species that is dormant in the winter and require very little water (maybe even none) during the cold months.
Frost Tolerance: Somewhat frost tolerant. Light frost protection required. Minimum of 5ºC for safe growing (but hardy up to -5°C or less.)
Sun Exposure: High levels of light are needed to flower and for good spine development. Can be sunburned if moved from shade/greenhouse into full sun too quickly. During the spring it may be able to take full sun until the heat arrives at the end of spring. In an area that has hot afternoon sun, it may be able to take full morning sun, but requires afternoon shade or afternoon light shade.
Propagation: Seeds (usually) or offsets that appear at the base; leave them attached to form a cluster, or wait until they are 1/3 the size of the parent and then detach and plant.