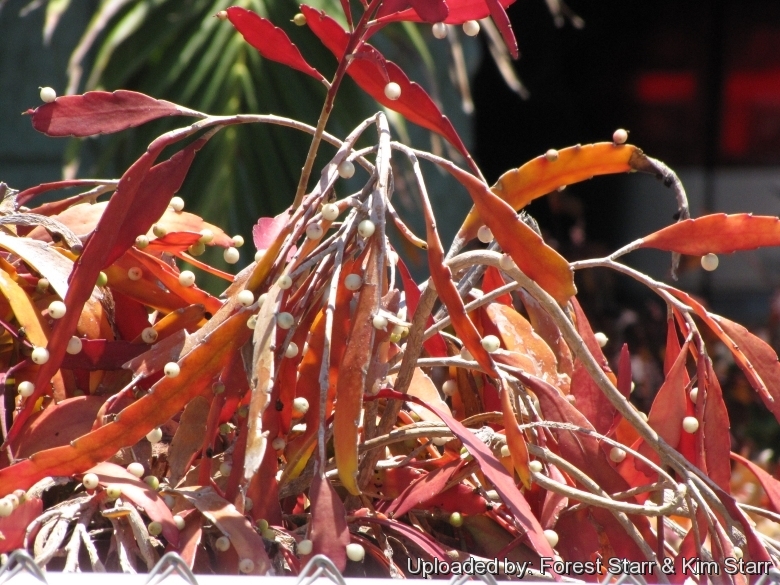 Origin and Habitat: Pseudorhipsalis ramulosa is widely distributed. It occurs in Belize, Bolivia, Brazil, Colombia, Costa Rica, Ecuador, Guatemala, Honduras, Haiti, Jamaica, Mexico, Nicaragua, Peru, and Venezuela. In Mexico, it can be found in the states of Chiapas, Jalisco, Oaxaca, Puebla, Nayarit, Tabasco, and Veracruz. In Bolivia, it occurs in the Nor Yungas province, La Paz department. In Brazil it occurs in the northwestern parts of the Amazon jungle.
Altitudinal range: It grows at elevations of 500 to 2200 metres above sea level.
Habitat and Ecology: In Belize, Pseudorhipsalis ramulosa occurs in forests. In the Bolivian Andes it grows in submontane and montane forest and from trunk of trees near the cataracts. In Mexico and Costa Rica it can be found in humid forest. Deforestation for urban development, wood harvesting, and cattle ranching is a threat across its range. 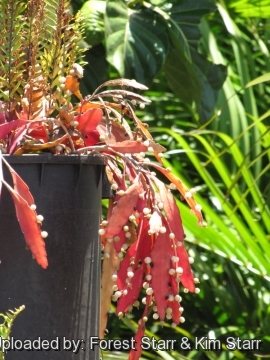 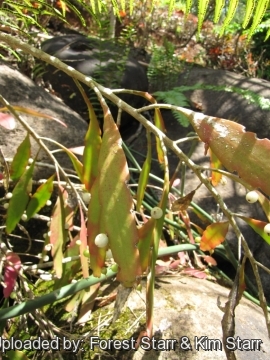 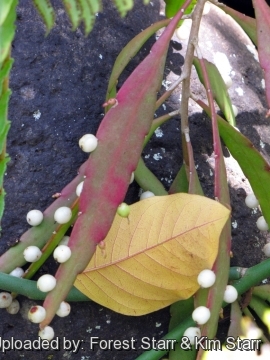 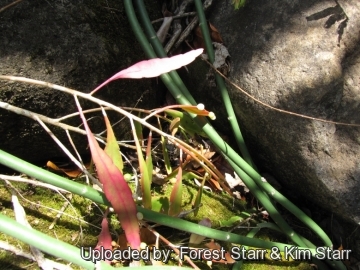 Cultivation and Propagation: Pseudorhipsalis ramulosa is among the easiest to cultivate epiphytic cacti and tolerates neglect. This forest cactus tends to be long lived, but appears to be rare in cultivation, where it needs some shade and high humidity to succeed. It is great in a hanging basket or as a specimen planted in a crotch of a large tree. Cultivated in windowsills it will rapidly form dense bunches of red stems dangling over the edge of a pot.
Exposure: This plant (as with all Rhipsalis) prefers partial shade.
Watering: It requires ample summer water (more than other cacti), but allow soil to dry slightly between waterings.
Soil: These cacti won't want a normal cactus soil but will prefer to be in a soil largely composed of organic material, such as peat or sphagnum moss, This type of soil would normally be used for orchids, bromeliads or other epiphytic plants.
These forest cacti tend to be long lived.
Hardiness: Frost tender. It needs night-time temperatures no cooler than 5° C, especially in the winter.
Special requirements: These plants bloom profusely if grown in an even, high temperature, but significantly less if the temperature fluctuates between 4°C and 18°C. They drop their buds easily if they are moved. Once flower buds have formed, do not move the plant, as slight changes in environment may cause the buds to drop.
Propagation: Stem cuttings.