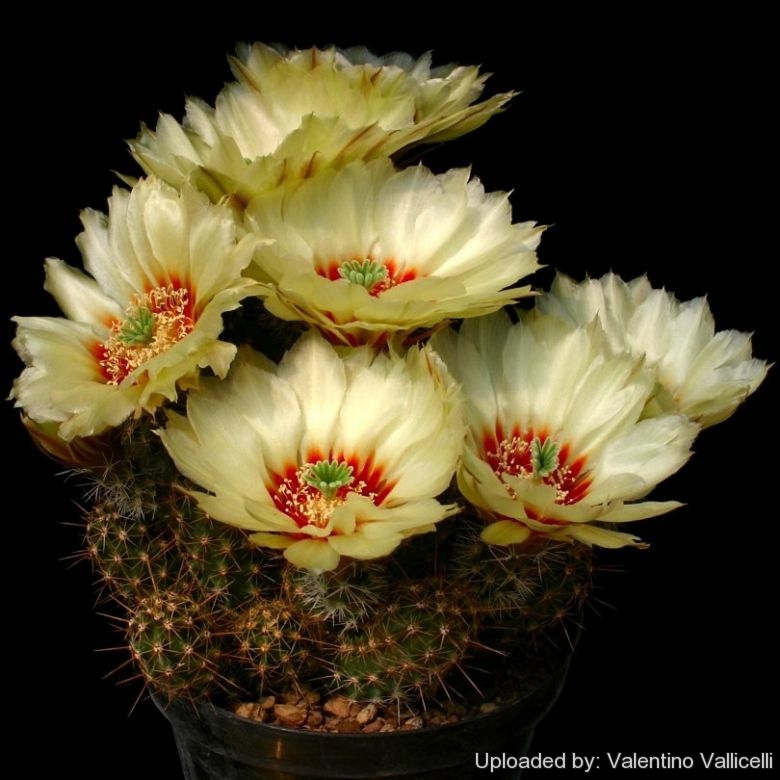 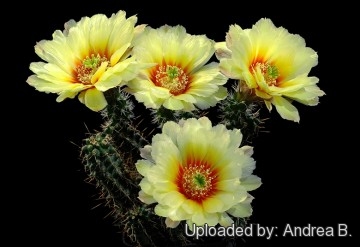 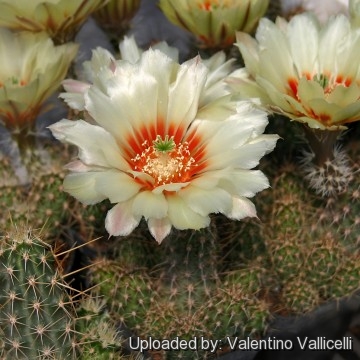 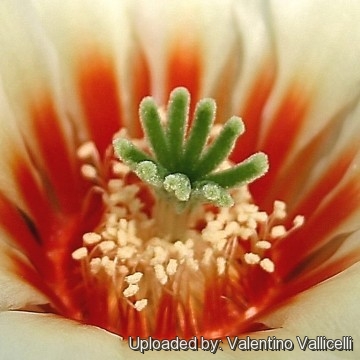 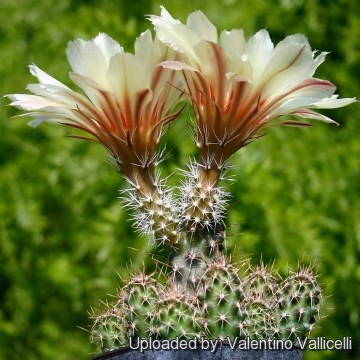 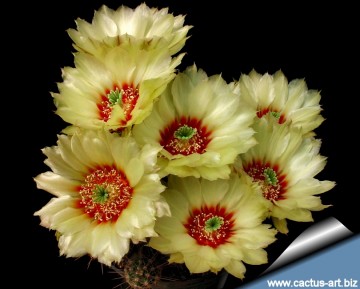 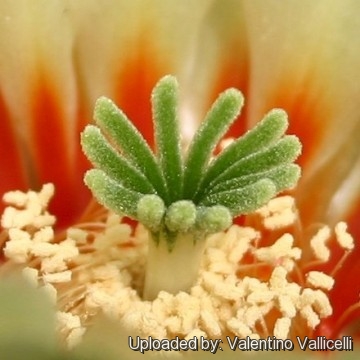 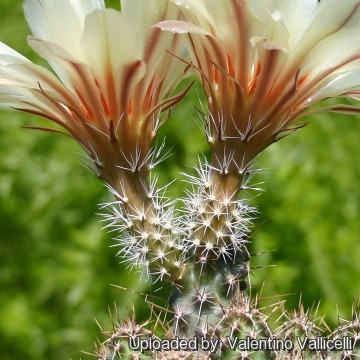 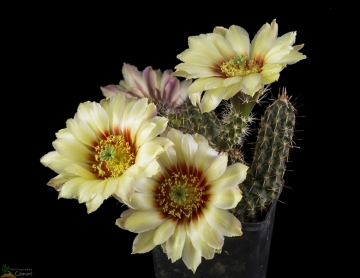 Cultivation and Propagation: In culture Echinocereus papillosus var. angusticeps is without problems, easy to grow, very attractive and regularly shows its beautiful flowers, if provided with an adequate winter rest period.
Soil: It grows well in a rich, well drained soil such us clay, pumice, lava grit, and only a little peat or leaf-mould, but it isn't picky about soil.
Repotting: If potted, repot them preferably in the spring, if their roots become cramped. Generally, they should be repotted every other year in order to provide fresh soil. However, this doesn't necessarily mean they'll need larger containers. Fill about a quarter of the pot with broken crocks, gravel, etc. to promote good drainage. After repotting, do not water for a week or more. Use pot with good drainage.
Moisture: It is sensitive to over-watering (rot prone), and needs good drainage. In the winter keep it cool, and absolutely dry conditions. In summer keep it well watered when it's hot. If the soil is allowed to be dry for too long root loss could follow but equally the same result would occur if the plants are both wet and cold. From March onward the plant will begin to grow and watering should be increased gradually until late May when the plant should be in full growth.
Fertilization: Feed with a high potassium fertilizer in summer. Feeding may not be necessary at all if the compost is fresh then, feed in summer only if the plant hasn't been repotted recently. Do not feed the plants from September onward as this can cause lush growth which can be fatal during the darker cold months.
Exposure: In the summer they need an airy location in bright or partial sun. To achieve the best spine density give these plants lots of sun.
Hardiness: It is quite frost hardy -7° C or less for short periods of time.
In mild climate they grow well when planted freely outside in well-drained soil. They need to be kept in a cool place during winter rest (at -5 +10°C) this is important for the flowers as well as for their health. Without this cool winter period they normally wont get any buds.
Diseases and pests: Watch for infestations of mealybugs, scale insects and spider mite. Rot is only a minor problem with cacti if the plants are watered and “aired” correctly. If they are not, fungicides won't help all that much.
Propagation: Seeds are the only way of reproducing, remembering that seedlings dislike strong light and dry conditions and need to be repotted frequently. Seed Collecting: Permit fruit to ripen. Fruit must be significantly overripe before harvesting seed; clean and dry seeds. It is also can be grown from cuttings, as it can branch from the base.