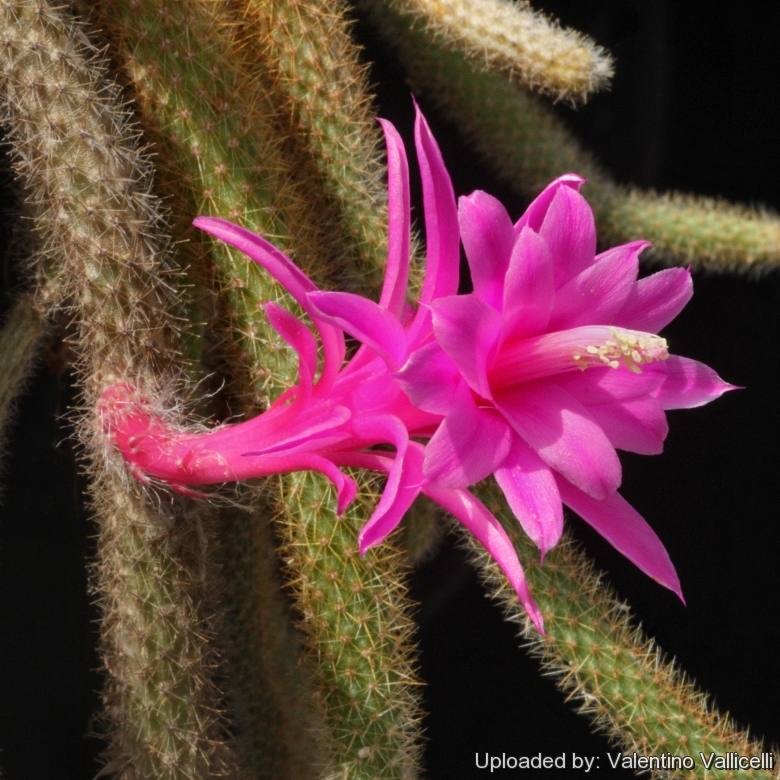 Origin and Habitat: Oaxaca and Hidalgo, Mexico (although suggestions have been made that it might be native of South America), and also reported as wild or naturalized elswhere.
Habitat: Dry forests. Lithophytic or epiphytic in dry forests. 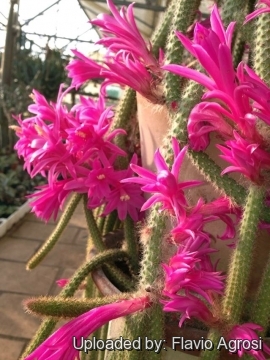 Cultivation and Propagation: This is probably the easiest species to cultivate and relatively fast growing. A beautiful plant for a hanging basket, this cactus will grow happily in a window. It needs a well drained soil, requires strong sun to part sun. During the growing period the plants need frequent watering; from October to March and waterings should be rather abundant, so that the soil becomes completely soaked, but let dry between watering. Keep relatively dry in winter or when night temperatures remain below 10° C. It is hardy to -4°C for a short period. Assure a good ventilation.
Growing tips: It can be trained on a support, allowed to grow pendant, or grafted onto a straight stem of some other species to produce a beautiful small weeping tree. Older branches over two years old, which become brown and unsightly, can be cut away to the ground without disfiguring the plant.
Propagation: It can be reproduced both by seeds and cuttings. During spring sow seeds in pots and place in gentle warmth. Young seedlings are tiny and they need several years to reach adult size, and require very careful watering. Alternatively, in late spring and early summer take cuttings (allow to dry for week) and insert them in pots filled with a rich cactus-mix and place in gentle warmth.
Traditional uses: The flowers of this species are extensively used medicinally in Mexico. They are sold under the name "flor del cuerno" in the drug markets, for use as a medicine.