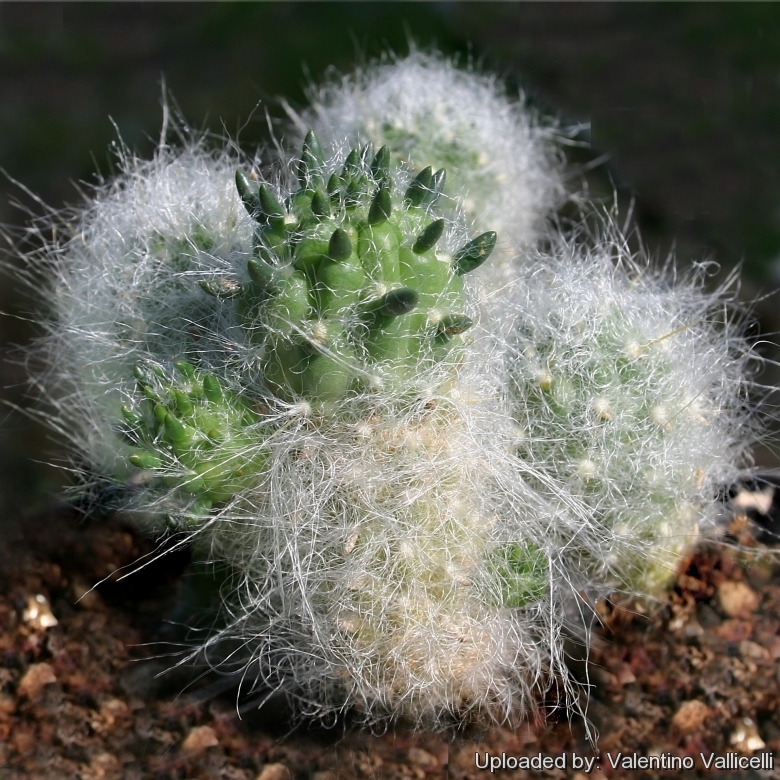 Origin and Habitat: This species is found widespread from central-Northern Peru to Bolivia in the Andean High Plateau.
Altitude: 3500-4700 m asl.
Habitat: This plant grows on the high puna region in dry valleys, rocky slopes among grasses and low bushes in high elevation tropical alpine habitats. Only here and there the brown colour of the grasses is interrupted by the white colour of the big cushions of the "wool cactus," Austrocylindropuntia floccosa (Tephrocactus floccosus). From the distance the plants look like recumbent sheep. The Puna region has a marked dry season and overnight temperatures that drop often below 0°C ( to -15° C ). The typical form of Austrocylindropuntia floccosa in central Peru has a dense covering of long hairs that protect from freezing temperatures and from high-altitude ultraviolet light, comparisons in habitat with 'hairless' forms showed that the hairy type maintain an epidermal temperature several degrees higher during the night. Austrocylindropuntia floccosa may be found in nature with its roots in snow-water-logged conditions.

Description: Austrocylindropuntia lagopus f. rauhii is one of the morphological or local forms of Austrocylindropuntia floccosa, and the two plants are not readily distinguishable, if not for the geographical provenance. More likely they are one and the same species.
Habit: Austrocylindropuntia floccosa is a groundcover cactus that forms thousand-head colonies or compact cushions of up to 60 (and over) cm of diameter. This plant is covered with a dense, long-woolly felt of white hair and yellow spines from which emerge bright yellow flowers.
Segments: Short cylindrical, sometimes ellipsoidal to subglobose, up to15 cm long, 6 cm in diameter, spirally tuberculate.
Areoles: Borne high on tubercle shoulders.
Leaves: Rudimental, awl shaped, dark green, fairly persistent, to 7 mm long.
Glochids: Long, hairy, soft, sinuous, entangled or straight, sometimes absent and whitish/grey.
Spines: Occasionally 2 or more numerous yellow, erect approx. 2 cm long.
Flowers: Up to 3 cm long, petals orange-red (or yellow) with yellow centre; pericarpels
with areoles above, spineless.
Fruits: Truncate globose, sometimes with tubercles, yellowish when unripe, sugary/orange when ripen and slightly hairy. 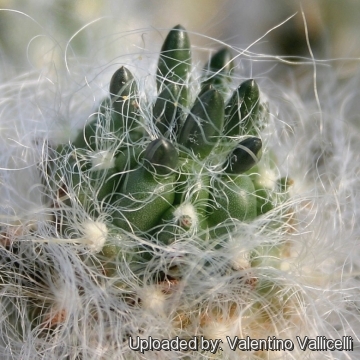 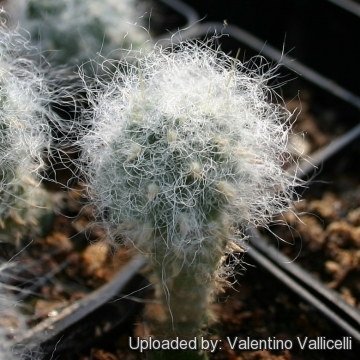 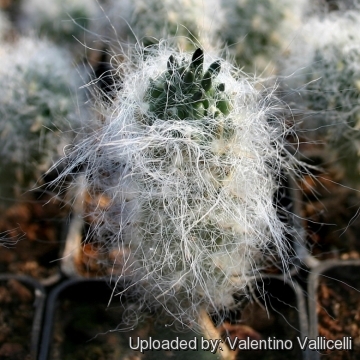