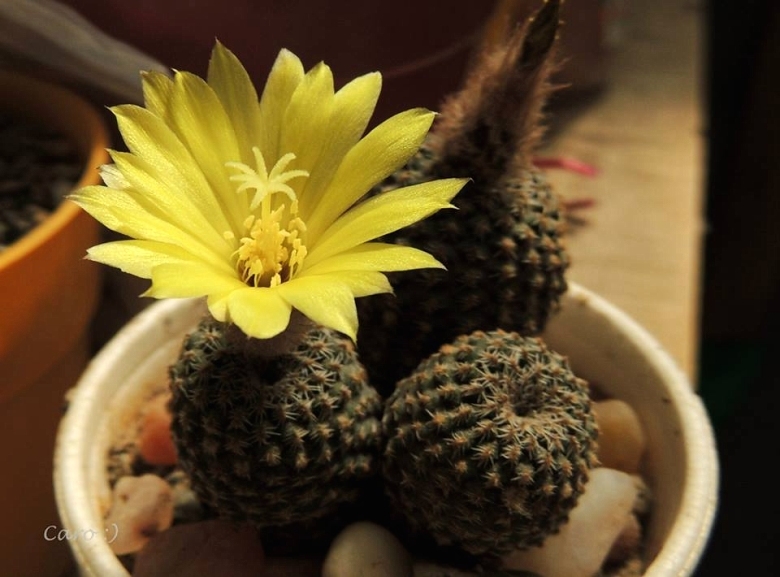 Origin and Habitat: Frailea buenekeri is endemic to Rio Grande do Sul, Brazil, it has a small range, with an extent of occurrence of less than 5,000 km2.
Altitude range: This species occurs at an altitude of 200 metres above sea level.
Habitat and Ecology: This species grows on rocky outcrops and stony fields in pampa grasslands. Its habitat has a very high potential to be used for agriculture. The species is not abundant and is naturally severely fragmented. The population is declining. The major threats to this cactus are grazing (cattle trampling), agriculture, forestry of Eucalyptus for paper industry, invasive African grasses and fire. Human-induced fires used to be more frequent in the past, and even though they are decreasing in frequency they still are a threat to the species.

Subspecies, varieties, forms and cultivars of plants belonging to the Frailea buenekeri group 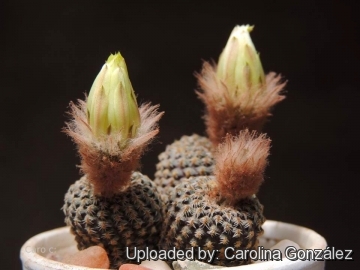 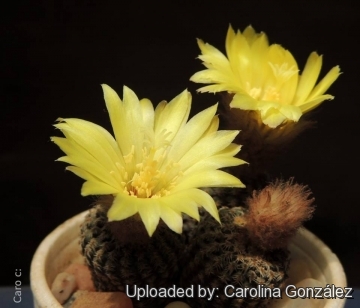