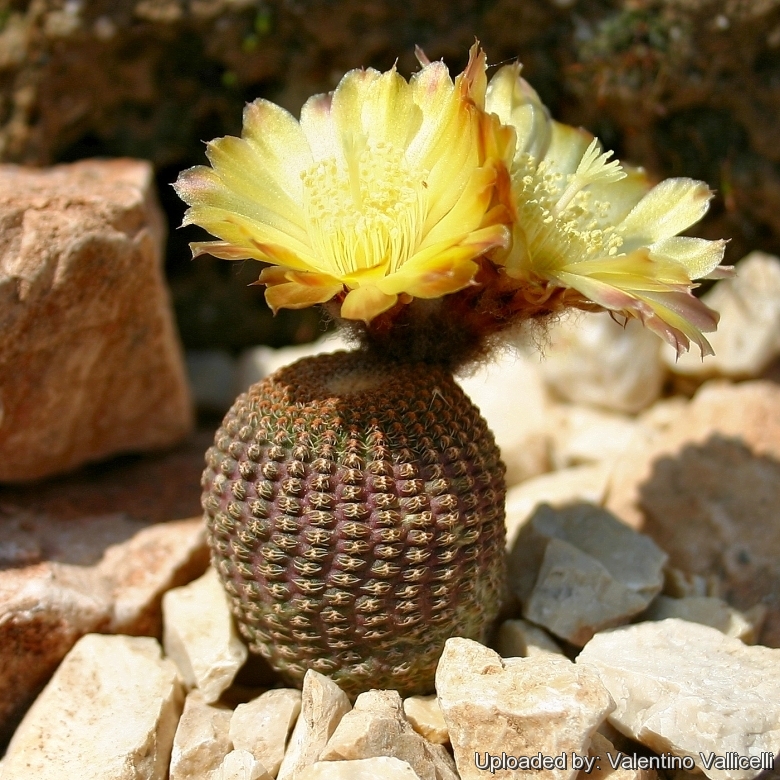 Origin and Habitat: Echinopsis famatimensis (Lobivia famatimensis) is endemic to mountainous Argentina, occurring in Catamarca, La Rioja and San Juan (Extent of Occurrence is estimated to be around 10,000km2). Type locality Sierras de Famatina, La Rioja, Argentina.
Altitude range: The species grows at elevations of 1,000-3,000 metres above sea level.
Habitat and Ecology: The species grows in high altitude grasslands on rocky soils. The species is not common or abundant, however it is difficult to see because of its small size. The major threat for the species is over collection. The potential development of mining in the area could affect the species in the near future.

Description: Lobivia famatimensis (Referred to Echinopsis by Friedrich & Rowley.) is one of the most beautiful and distinctive small species. It is usually solitary or slowly clumping and slow growing. The stems are small flattened-roundish to cylindrical with very short spidery-pectinate spines and egg-yellow flowers. Lobivia famatimensis (a.k.a. Reicheocactus pseudoriecheanus) is very attractive and is used as an ornamental and is sought after by cactus enthusiasts.
Stems: Globular, oval, elongated to cylindrical (1-)3-3.5(-15) cm in height and (2-)2.5-3(-6) cm in diameter. The stem apex is strongly depressed (umbilicate). The epidermis is grey-green, dull-green, olive-green or brownish-grey and is often tinged purple in bright light.
Ribs: 24 to 40 low, vertical, straight, cross-furrowed and forming about 12-18 small hemispherical tubercles 0,5-1,5 mm tall and up to 3(-4) mm in diameter.
Areoles: Oblong, brownish.
Spines: No central spine. The 7 to 9(-12) radials are weak, flattened against the body, curved, more or less pectianted, almost hyaline, whitish, greyish, yellowish, amber or brownish with dark bases. (1-)1.5-3(-5) mm long.
Root: Big, conical, tap root.
Flowers: The buds appears laterally near the top of the plant and are clothed with greyish-brown woolly. The flowers are short-tubular to bell-shaped, pearly-yellow, yellow orange to dull-red. Outer segments purple, inner usually orange above, yellow below; stamens in several series (throat-membrane not developed). Style yellowish white, stigmas 8-12, 4 mm, cream. The flower tube is short and densely clothed with woolly hairs. The flowers are to 3(-4) cm long, 3(-5) cm in diameter.
Blooming season: The flowers, not so readily produced as in many lobivia species, appear in early summer, shortlived. (They last about 2 to 3 days)
Seeds: Ovoidal, black up to 1,5 mm in diameter.
Taxonomy notes: This species was confused by Backeberg with Echinopsis kuehnrichii Fric and re-named with the the unnecessary name Reicheocactus pseudoreicheanus, due to the misidentification of Lobivia densispina with Lobivia famatimensis. A beautiful, slow-growing. The name is usually given as "famatimensis" and was originally spelt thus, but it appears to have been a typographical error, since the source was Famatina, so the correct name should be Echinopsis famatinensis.

Subspecies, varieties, forms and cultivars of plants belonging to the Echinopsis famatimensis group 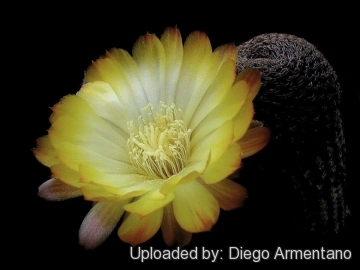 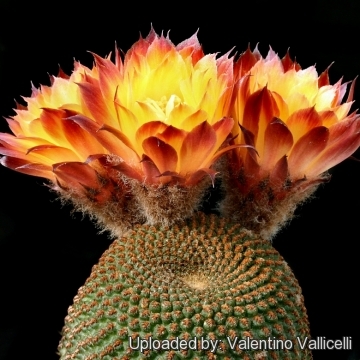 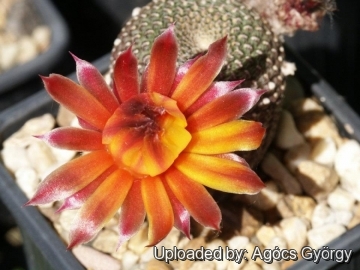 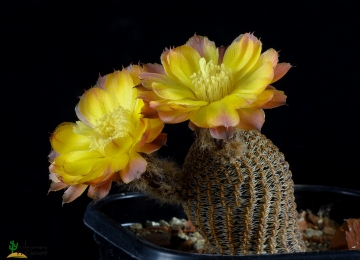 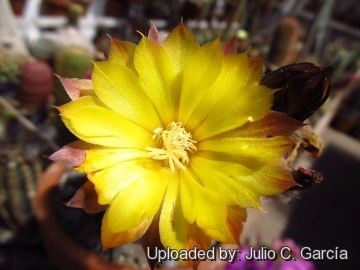 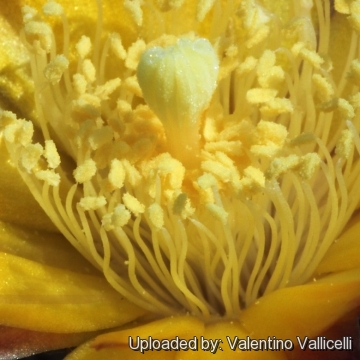 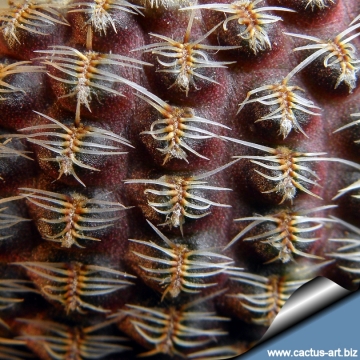 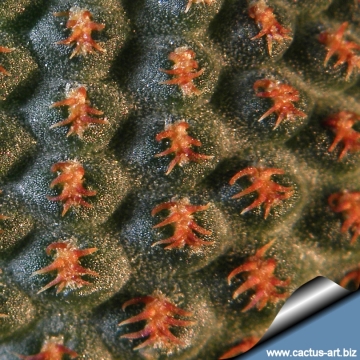 Cultivation and Propagation: Very slow growing. The Lobivia famatimensis have a thick taproot and are susceptible to over-watering. Sometimes they are grafted to avoid root rot problems. Suited for sunny-bright exposure; they can tolerate light shade. They like warmth (recommended minimum winter temperature 5° C). But plant kept perfectly dry can easily survive in winter night temperatures below 0° C. They prefer airy exposures. Water regularly in summer, but do not overwater, it prefer a completely dry place during winter. Suited for sunny-brightly exposure; can tolerate light shade.
Pests & diseases: It is especially prone to rot, therefore, underpot in a smaller but deep pot filled with a highly gritty compost and much drainage, to accommodate its tap root.
Propagation: Seeds or graft. Seedlings of the var. bonnieae grow faster than other Lobivia famatimensis. Seeds can be sown in the spring or summer. The seedlings should not be disturbed until they are well rooted, after which they can be planted separately in small pots.

by Cactus Art
There are a total of 17 Photos.
Click here to view them all!
Cite this page: "Reicheocactus pseudoreicheanus" Text available under a CC-BY-SA Creative Commons Attribution License. www.llifle.com 14 Nov. 2005. 02 Dec 2022. </Encyclopedia/CACTI/Family/Cactaceae/3316/Reicheocactus_pseudoreicheanus>