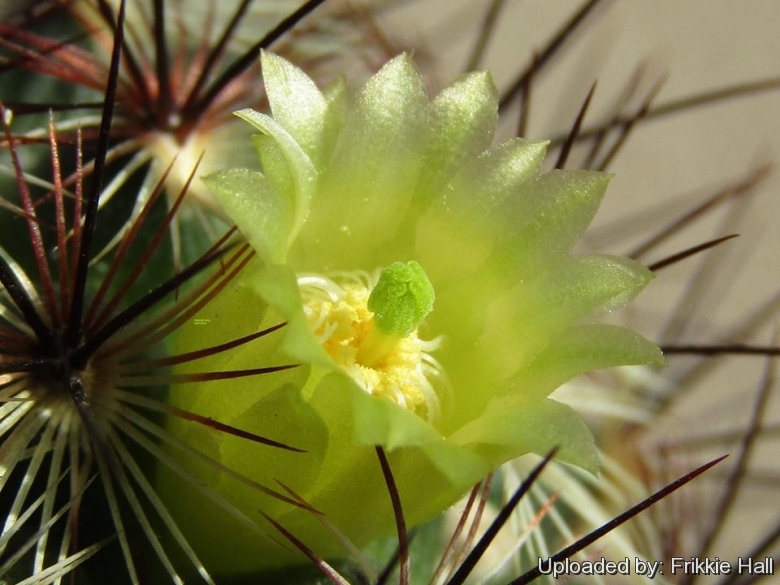 Leptocladia microhelia (Mammillaria microhelia) Photo by: Frikkie Hall
The flowers, originally described as pale yellowish or almost white by Werdermann, may by white, yellowish-green pinkish or purplish. Has creamy-white to purplish flowers in spring. 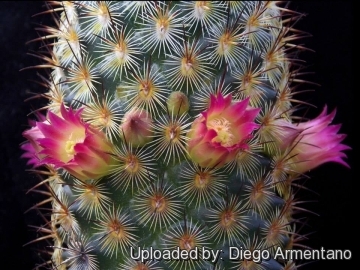 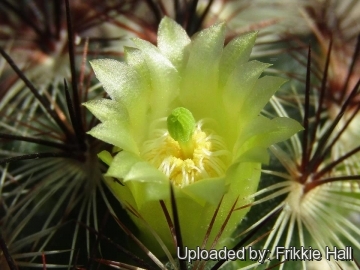 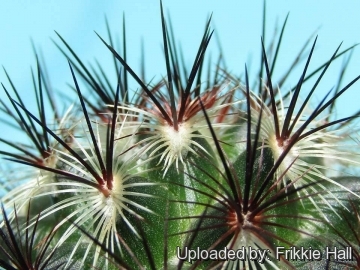 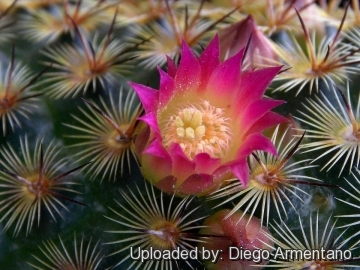 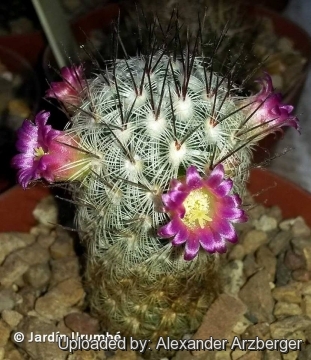 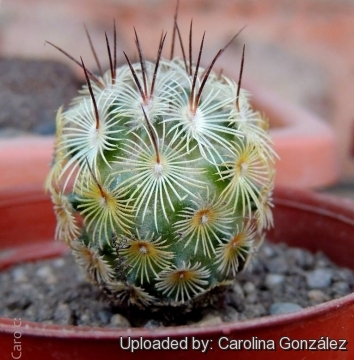 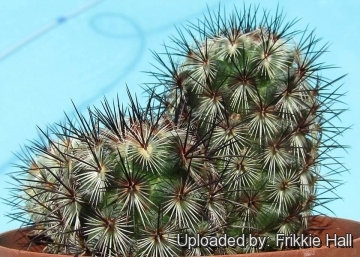 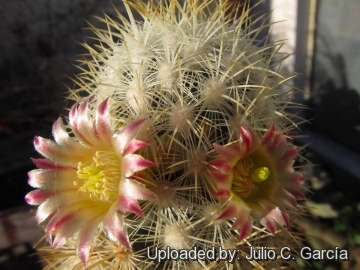