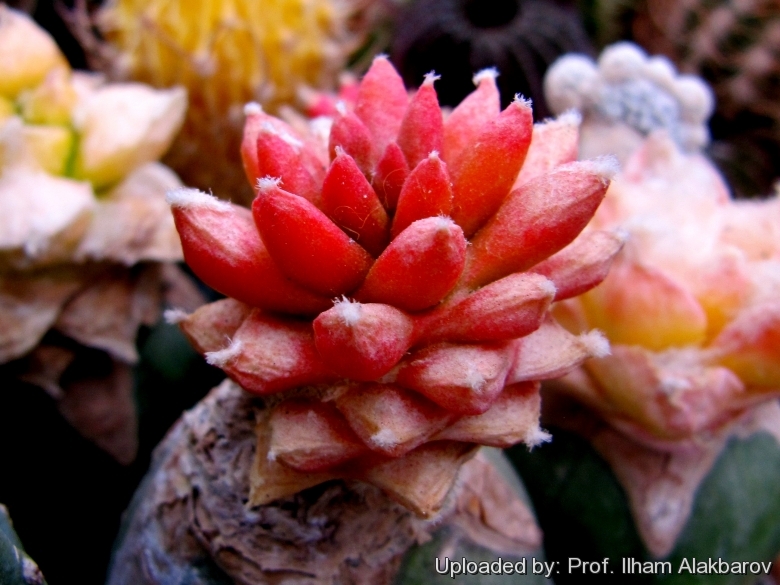 Description: Some of the most intriguing Ariocarpus cultivars are the result of multi-hybrid programs and possess unique and attractive characteristics. Particularly the Ariocarpus retusus has been extensively hybridized whit other species of the genus. That is why hybrid seeds are easy to obtain as most of the species are easy to cross, and their seeds have a high germination capacity that lasts for 2 or more years. Many generations of hybrids were realized, creating interesting forms and cultivars. Multi hybrids generally display an exclusive combination of distinctive traits derived from a line of complex breeding which incorporates many different species and or hybrids. So rather than taking after one parent or another, they can resembles many of the plants in which they was bred from. Seedlings of Ariocarpus hybrids show frequently non-typical colouring developing variegated or chlorophyll-less (red or yellow) stems, or developing crested, monstrous or other abnormal forms that yet have to be named.
Forma rubra (red form): The red schizochromic form (Ariocarpus hybrid f. rubra) has bright orange-red stems due to the absence (or reduced production) of chlorophyll pigments: every other pigment is present at normal levels, the dominant green colouration is lost, but will still more than likely have normal other pigments that give the yellow overall appearance of the stem. This form with red stems is very attractive and highly prized. This schizochromic form is almost always seen grafted on stronger columnar species, and cannot can be grown on its own roots. However some clones have enough chlorophyll in their tissues and can be grown on they own roots too, but very slow growing. 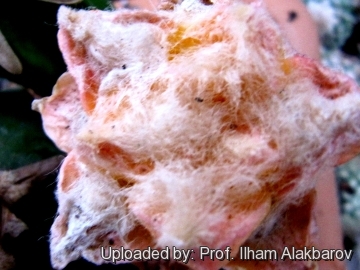