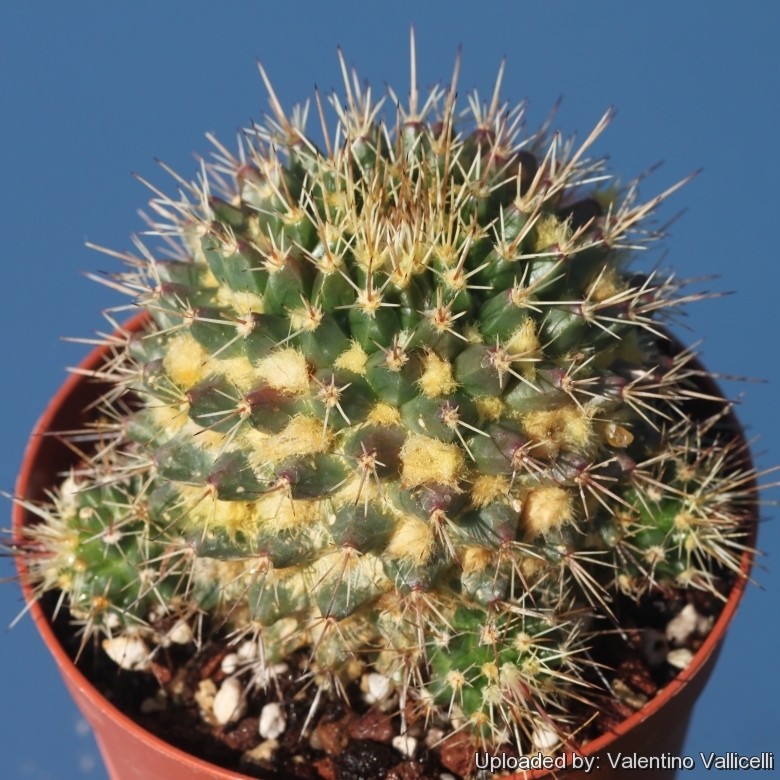 Origin and Habitat: Guatemala, Honduras, Nicaragua and Chiapas (Motocincla and Comitán), Mexico.
Altitude: 300-1500 metres above sea level.
Type locality: Near Sabaneta Honduras.
Habitat: It grows on sandy and stony soils. In Chiapas, Mexico, it is found in cloud and high elevation forests. In Nicaragua it is found from 300-800 m asl. In Guatemala it is not common in dry forest to pine-oak forests, but where it occurs it is abundant. In Chiapas and Guatemala some populations are declining due to habitat loss from expanding cattle ranching and habitat conversion to agricultures.

Subspecies, varieties, forms and cultivars of plants belonging to the Mammillaria voburnensis group 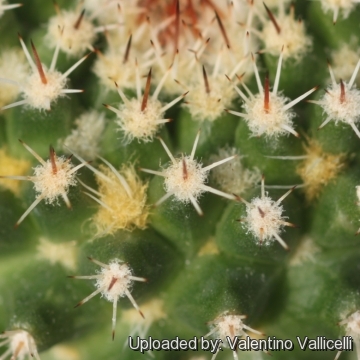 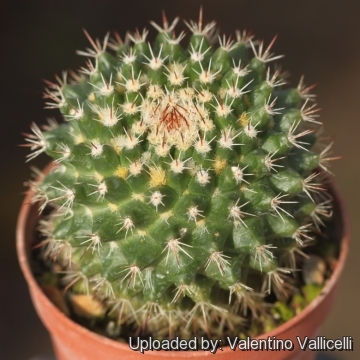 Cultivation and Propagation: Mammillaria eichlamii is relatively easy to cultivate, and makes interesting specimens for any collection. It grows by producing offsets and doesn't require any special treatment.
Growth rate: Slow to offset and basically slow. Over time it will produce large clumps.
Exposure: It needs as much light as possible without burning the plant, to keep the stems compact.
Soil: It needs a well-drained soil mix.
Watering: Water well and then allow to dry thoroughly before watering again, during the growing season. Should really get no water in the winter
Hardiness: From tropical countries and pretty cold sensitive (listed most places as 10b-11, but seems to do OK in 10a). It can however can survive short exposures to light freezing temperatures (-4° C.) if properly hardened off and kept dry.
Propagation: It is best propagated from seed. Seed readily germinates at 20°-22°C, or by offsets if available.