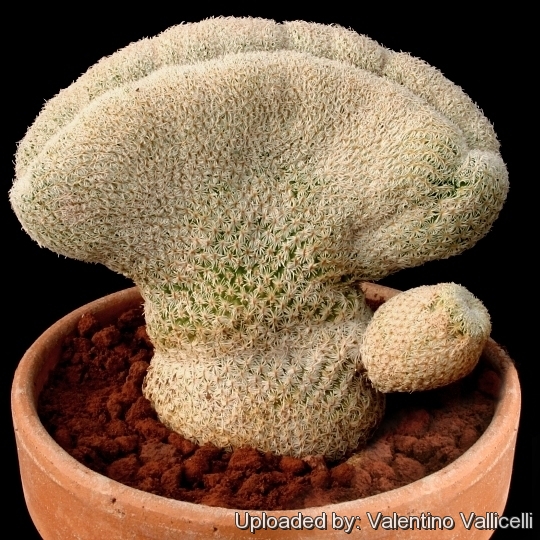 Notes: The cause of cresting: The cause of cresting is not fully explained. Biologists disagree as to why some plants grow in this unusual form. Some speculate that it is a genetic mutation. Others say it is the result of a lightning strike or freeze damage. But whatever the stimulus, the growth point of the stem has switched from a geometric point to a line, which folds and undulates as the crest expands. Though these crested cacti are somewhat rare (1 in 50,000 or less), cresting occurs naturally and can be encountered in many other cactus species.

Cultivation and Propagation: Although regarded as a choice and difficult plant, in cultivation it is relatively easy. It needs a particularly well-draining soil mix (rot prone). Water sparingly.
Frost Tolerance: Depending on the variety, will handle -12° C (Temperature Zone: USDA 8-11)
Sun Exposure: Light shade to full sun
Propagation: Grafting, cuttings, seeds of crested plants give often rise to some crested plants too.