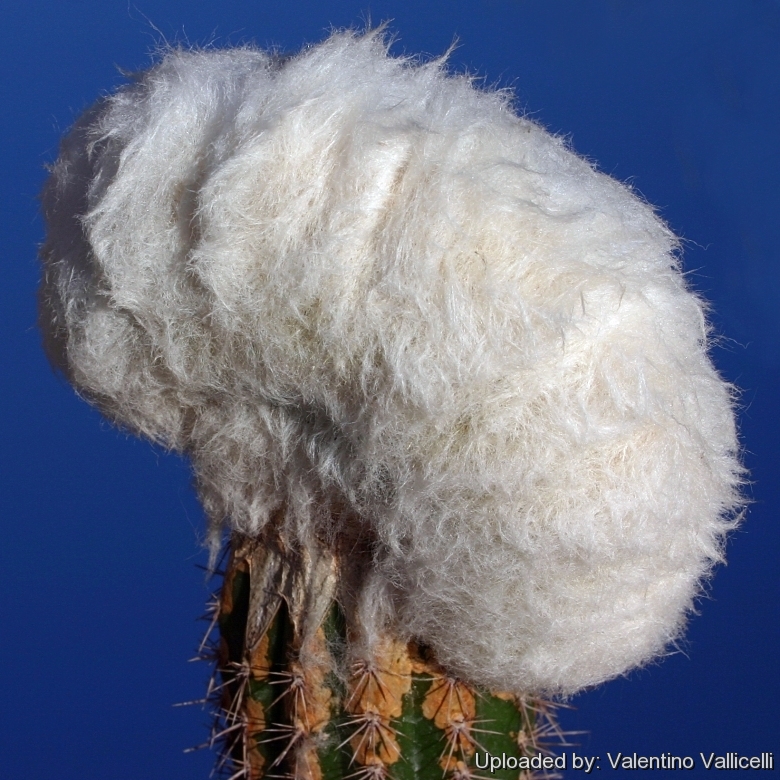 Description: Espostoa lanata (a.k.a. Peruvian Old Man Cactus ) is a slow growing tree shaped cactus branching at the top with age, 1,5 to 7 m tall. Like Cephalocereus senilis (the Old Man of Mexico) it is a densely hairy species, covered by a warm woolly coat and well adapted to high altitudes, the main difference is the presence of sharp spines on Espostoa. The crest form Espostoa lanta f. cristata - despite to its beauty - is still very rare and sought after by collectors, for its unique features.
Stems: Fan shaped, spreading, 6-9 cm in width.
Ribs: Low rounded, separated by linear furrows, approx 5-8 mm tall.
Areoles: Elliptical, closely set, 7-10 mm apart, almost concealed by white or yellowish hairs and spines. The hairs are neatly brushed, cunningly concealing the sharp spines that are a trap to the unwary.
Central spines: Absent or sometime1, 1-2.5 cm long.
Radial spines: 30-40 acicular, spreading, reddish or yellowish brown, turning grey as they age, 3-8 mm long.
Flowers: Not seen.

Subspecies, varieties, forms and cultivars of plants belonging to the Espostoa lanata group 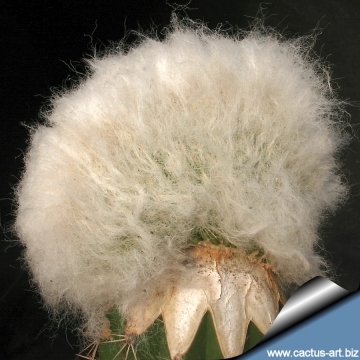