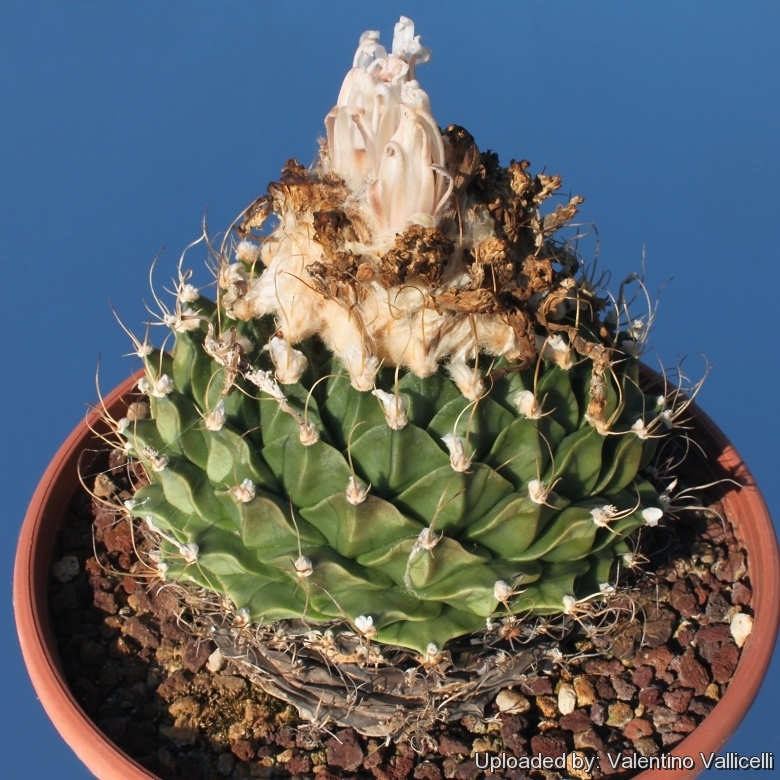 Strombocactus denegrii (Obregonia denegrii) Photo by: Valentino Vallicelli
This is one of the rarest and highly desirable of the living rock cactus, very characteristic and unmistakable. somewhat similar to Ariocarpus, it resembles an inverted green pine cone with a woolly centre. 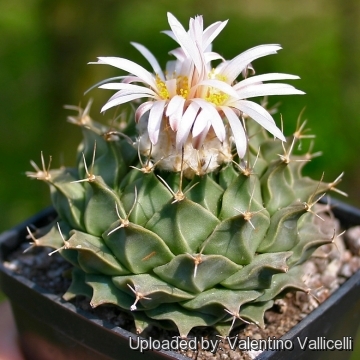 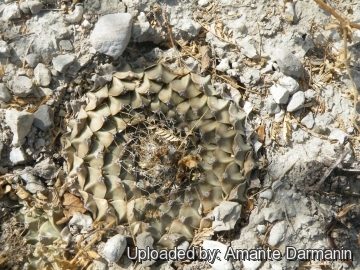 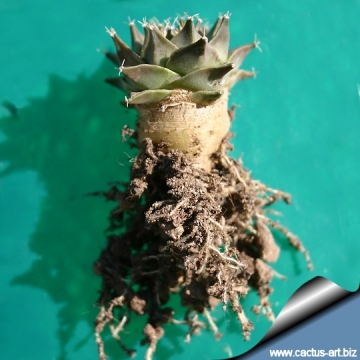 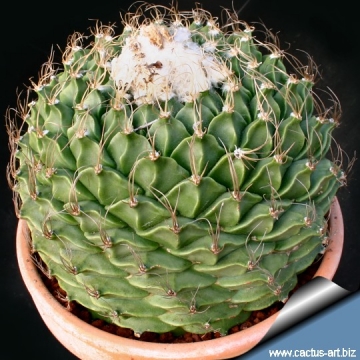 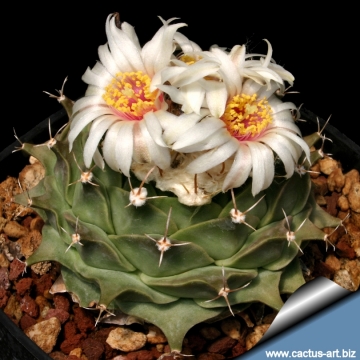 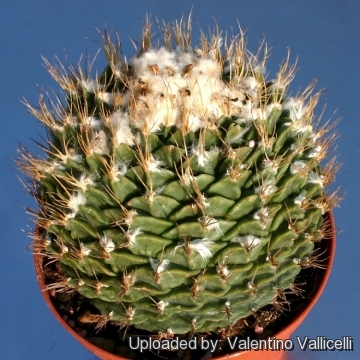 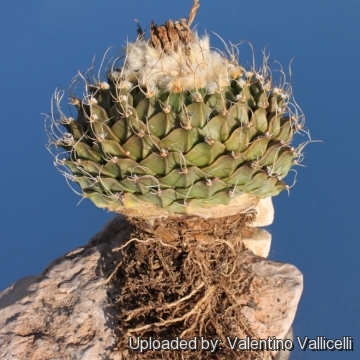 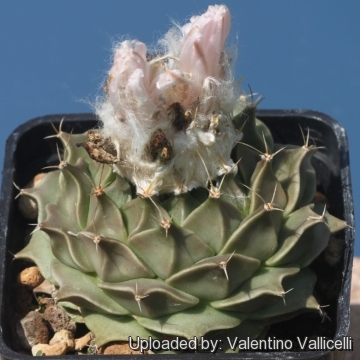