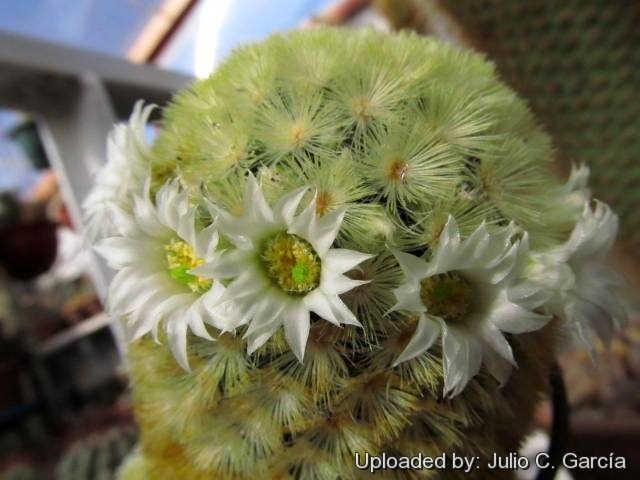 Origin and Habitat: Mammillaria carmenae has a very small range, Between Ciudad Victoria and Iaumave, Tamaulipas, Mexico, Northern America. Extent of occurrence is less than 100 km².
It was originally found by Marcelino Castañeda in 1953 near the La Reja ranch, but it was soon lost in cultivation after its description until 1977, when it was rediscovered by Alfred Lau. It is known from a two contiguous localities that can be treated as a single location. The estimate for the species abundance at the only known locality is 71 individuals/23 m², and the population is decreasing.
Altitude range:
Habitat: The species grows in pine forest, in crevices in north-facing rocks. The Mammillaria carmenae is in danger of extinction in the wild. There is a continuing decline in the number of mature individuals as well as the extent of occurrence and area of occupancy due to illegal collection.

Description: Mammillaria carmenae is a small solitary or clustering cactus with globose stems, the areoles with about 100 cream radial spines; white or pink-tinged flowers 1cm in length are borne towards the apex of each stem in spring and summer.
Stems: Globose to ovoid, 4-10 cm high, 3-5 cm in diameter. Without latex.
Tubercles: Conical. Axil: Woolly and bristly.
Radial spines: More than 100, soft, fine, flexible, star-like, white or pale yellow (or gold), up to 5 mm long.
Central spines: There are no central spines.
Flowers: Diurnal, (usually) creamy white to pink or pale pink with pink tinged midribs, up to 11 mm long.
Blooming season (Europe): Plants blooms at the same time in late winter-early spring, and are very generous with their flowers.
Fruits: Greenish.
Seeds: Black.

Subspecies, varieties, forms and cultivars of plants belonging to the Mammillaria carmenae group 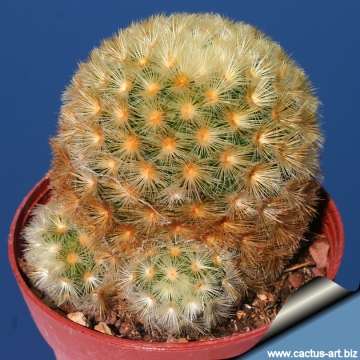 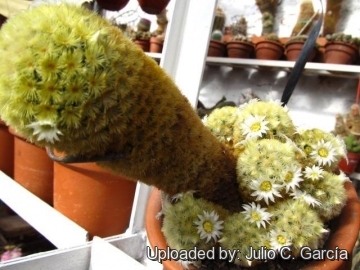 It is one of the most beautiful species, with creamy flowers blooming abundantly from late winter to early spring. Photo by: Julio C. García 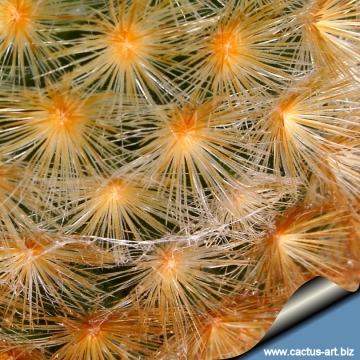 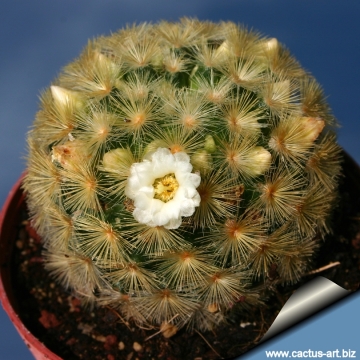 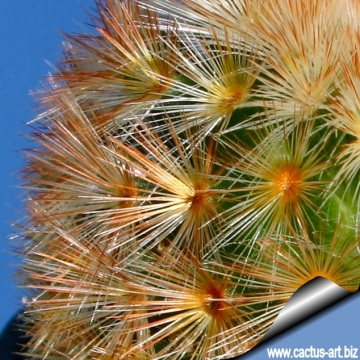 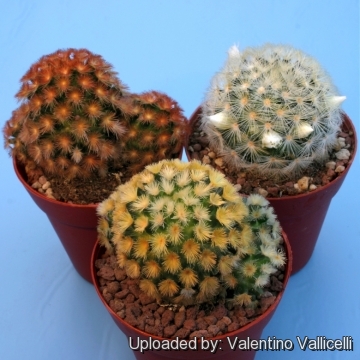 This plant is nowadays available in different spination colours, ranging from white to brownish-red. Photo by: Valentino Vallicelli 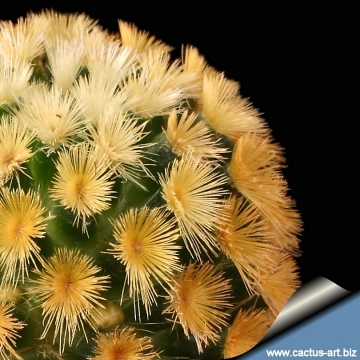 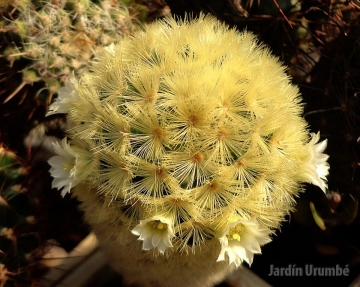 Cultivation and Propagation: It is a relatively rapid growing species. This is easily grown into clumps, but it does often have an irregular pattern of offsetting. Water regularly in summer, but do not over-water (rot prone). Use a pot with good drainage and a very porous potting media. Keep dry in winter. Feed with a high potassium fertilizer in summer. It is quite frost resistant if kept dry, hardy as low as -5° C. Outside full sun or afternoon shade, inside it needs bright light, and some direct sun.
Easily clustering and easily flowered. Most plants will offset readily, and clumps can be produced in a few years.
Propagation: By division, or direct sow after last frost.